For a daughter, a mother is an epitome of discipline, whereas, a father is like her partner in crime! That is why it is said that a girl is closer to her father than to her mother. There is a special bond that a girl shares with her father; after all, he is the first man in her life. And, she is always a little princess to him. Here are some very special moments shared between the brides and their fathers, which we have specially chosen for you from real Indian weddings.

Recommended Read: Beautiful Moments Between A Bride And Her Dad; She'll Always Be A Little Princess To Him

Aamir Ali Twins In Yellow With His 'Jaan', Ayra Ali, And Little One Shines Brighter Than Her Father 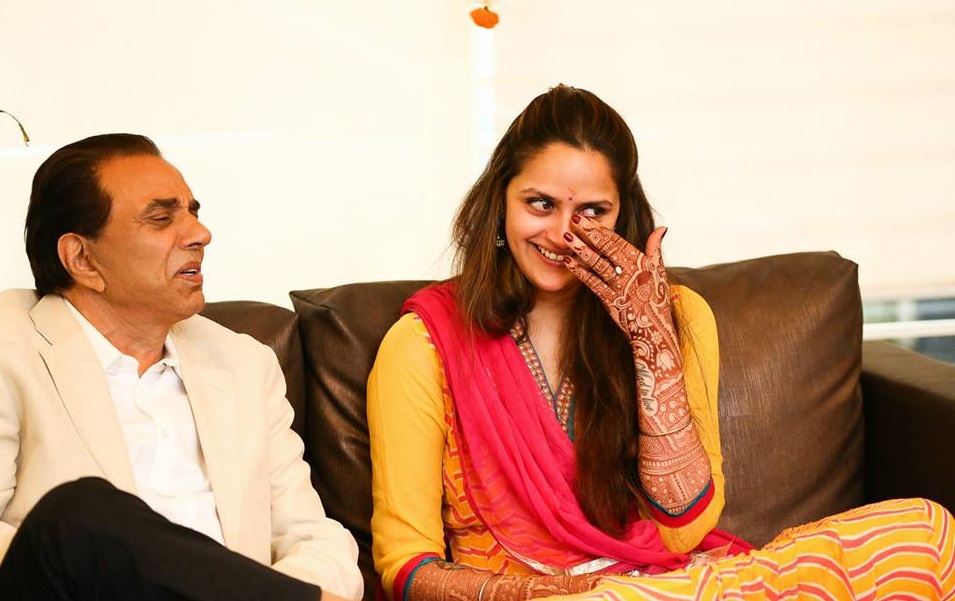 It is not easy to part with the one you love the most. But, seeing his daughter moving towards a new beginning of her life, a father forgets about this pain and gets filled with joy. Here is one such beautiful moment where the proud and happy Bollywood dad, Dharmendra, is simply elated to see his daughter, Ahana Deol during the mehendi ceremony.

#2. Hard to imagine life without her 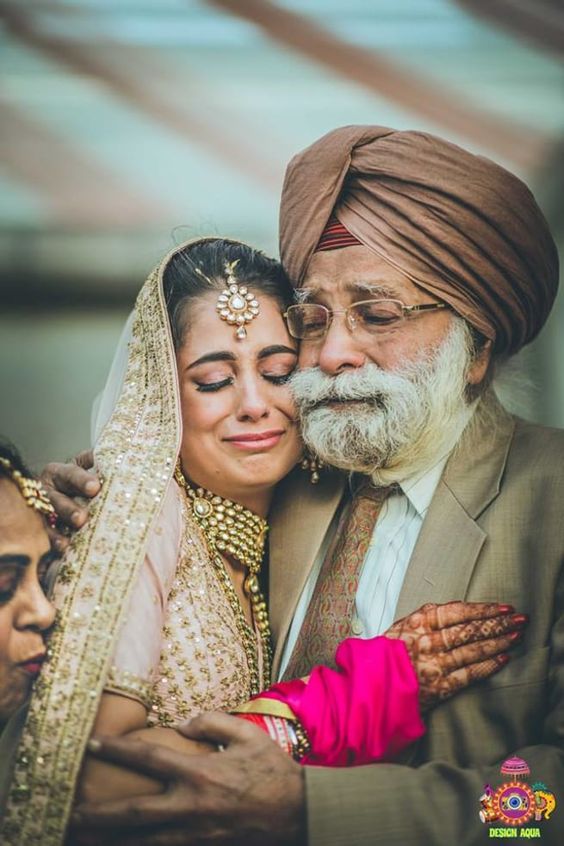 For years, her laughter cheered up the entire house. But, now that she will be gone tomorrow, it is hard to imagine life without her. No matter how strong a person is, this one thought is enough to make every father’s heart heavy.

Don't Miss: 10 Truly Adorable Ways For An Indian Bride To Honour Her Dad On Her Wedding 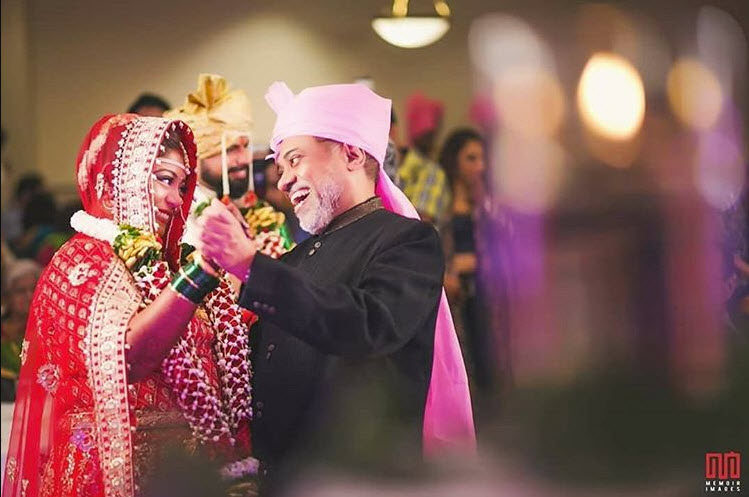 A daughter's marriage brings out a plethora of mixed emotions in a father's mind. The excitement and energy of the wedding arrangements to make it the happiest time of his life. But, as the day approaches, the wave of emotions returns in full force. Here is one such happy moment that a bride shares with her father during her wedding ceremony. 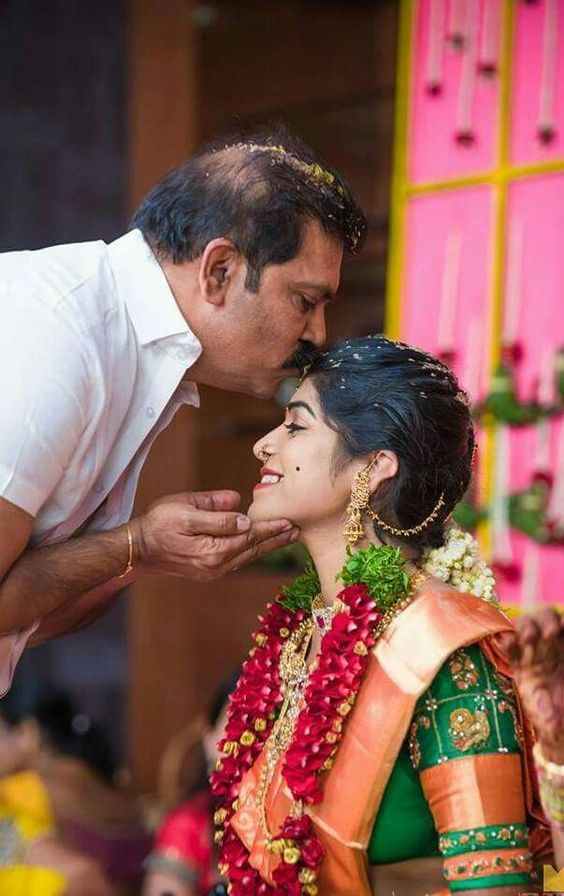 During the daughter's wedding, memories that he has not remembered in years now flashes before the father's eyes. Here, in this picture, we can see a father is showering blessings on his daughter, right before she embarks on the new journey called marriage!

Must Read: 10 Reasons, Among The Infinite Others, Why Daughter-Father Relationship Is Beyond Anything 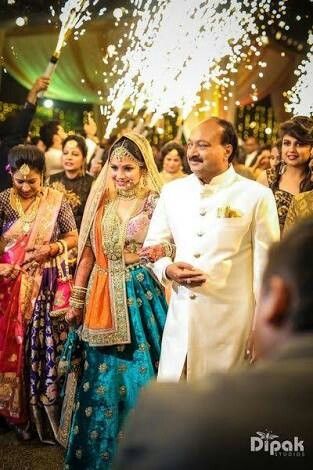 The mere thought of giving away his daughter to a person who he barely knows or has probably just met starts giving him restless nights. In his heart, he desires that the new man in his daughter's life should keep her as safe and happy as he did. Here is a moment, where the father accompanies his daughter to take her towards the new man of her life.

#6. All his wishes are for her Seeing his daughter's orbit shifting to another man, makes it a difficult moment for a father. Here the bride shares a special moment with her father before her wedding. A moment that leaves the two enjoys their time during the last dance when her daughter has him as her best man.

You May Also Like: The True Reason Why 'Kanyadaan' Is The Most Emotional Moment For A Father 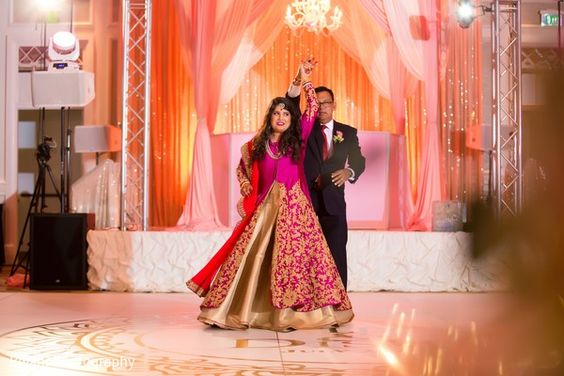 From infant to toddler to tween to teen, a father has a big impact on his little girl right until the time she becomes a woman. He is the one who shapes her opinion on men. Take a look at this lovely father-daughter duo who steal away a special moment during the wedding ceremonies. 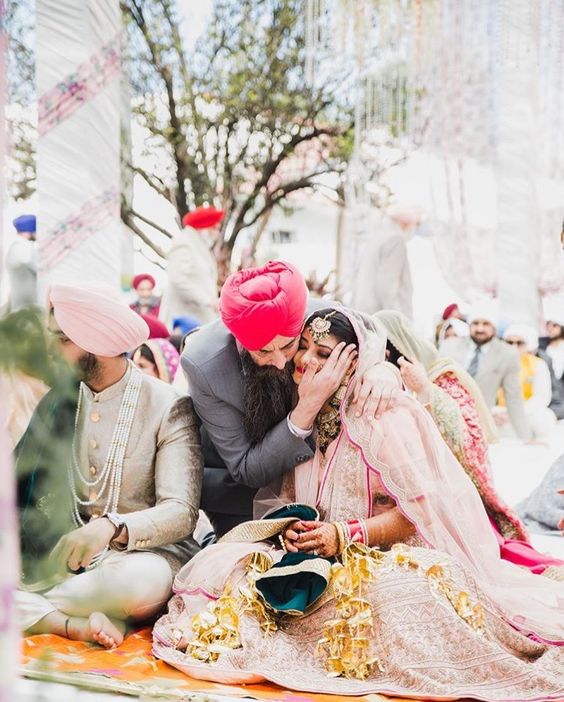 Whether it is kanyadaan or walking the bride down the aisle, a father truly plays an important role in his daughter’s wedding. This is the moment where he officially places his daughter’s hand in the hand of the groom. Among the countless Indian wedding rituals that are followed by different communities, here is one where the father of the bride is kissing her affectionately as he has given her hand to the groom.

Also See: 10 Marriage Lessons That Fathers Must Give To Their Daughters Among the plethora of mixed emotions that a bride and her father experience during the wedding, here is a photograph that sums it all beautifully. A father's eyes are glistening with tears yet there is a calmness on his face and a faint smile on his lips with positivity in his heart for his daughter's new phase. 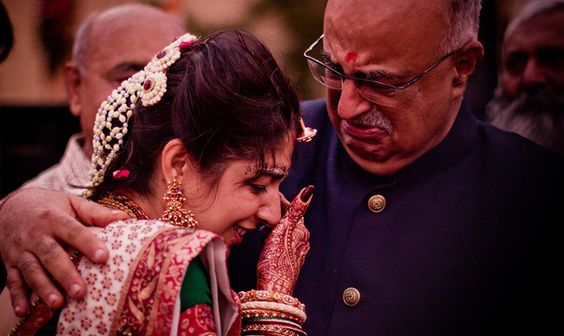 The little girl whom he taught to take the first step is now all set to make a new world of her own. It is a heavenly feeling and he just prays to god to shower his little girl and son-in-law with his choicest blessings. Here are a bride and her father during her vidaai ceremony.

Also Read: This Dad Surprised His Daughter By Doing Something That Left Us In Tears As the daughter takes her final steps out of her parents' home, leaving endless memories behind, everybody sheds tears. However, there is one man who stands at a corner just looking at the little princess. He is the father of the bride! Here is a father-daughter moment during the vidaai.

Check: Watch This Adorable Dad Giving Away His 'Laadki' In This Emotional Wedding Video 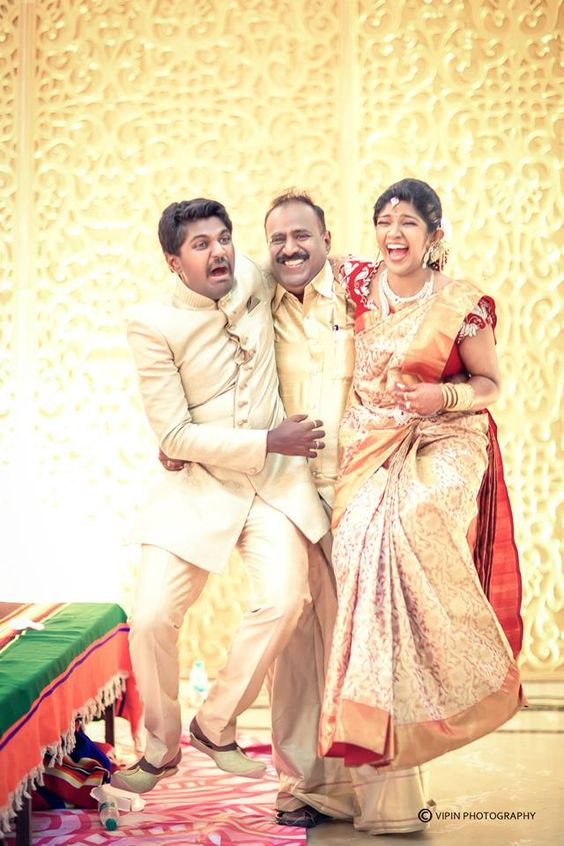 We just couldn't resist sharing this heart-melting moment where the bride and her groom share a heart-warming moment with their father during the wedding festivities. Usually, men are not that expressive, but here we can see the way the father of the bride is making every moment a memorable one for his daughter is beautiful.

Aren't these moments touching and makes you weep and smile, both at the same time? It is very true, a father is always the best man for his daughter and a daughter always remains father's little girl. Let us know in the comments section below if you have any special father-daughter moment to share.

Recommended Read: This Bride Missed Her Father At Her Wedding But It Was Her Groom Who Made Us Cry

Grab a tissue, 'cz this one might just leave you in tears! In India, weddings are a beautiful blend of age-old traditions and ever-evolving trends. Amidst the crazy dance moves, wide grins and hearty laughs, the most emotional moment of the wedding comes when the bride has to bid farewell