Ekta Kapoor and Smriti Irani have been friends for more than 18 years. On March 10, 2020, Ekta shares a heart-melting note for her soul-sister, Smriti ji.

The bond of friendship is always considered as a sacred one. From sharing an emotional understanding to standing up for each other always, the unbreakable relationship is often considered as the purest. Glamour world is full of many such bonds but the most sort-after one is the friendship between Ekta Kapoor and Smriti Irani. Smriti ji had entered the glamour world at a very early age and rose to fame as ‘Tulsi Virani’ in Ekta’s superhit serial, Kyunki Saas Bhi Kabhi Bahu Thi. The show changed Smriti ji’s destiny forever, she had become a star overnight. (Also Read: Karisma Kapoor's Daughter, Samaira Kapoor Receives Birthday Wish From Her Stepmom, Priya Sachdev)

Ekta Kapoor and Smriti Irani has been friends for more than 18 years and with time, their bond has only gone stronger. Their friendship had started from the sets of Kyunki Saas Bhi Kabhi Bahu Thi, which ran for eight-and-a-half years and had garnered her immense popularity. Not only this, when Ekta had embraced motherhood (via surrogacy) on January 27, 2019, Smriti ji has also signed up as a proud maasi for Ekta’s son, Ravie Kapoor and has often seen indulging in some maasi duties. 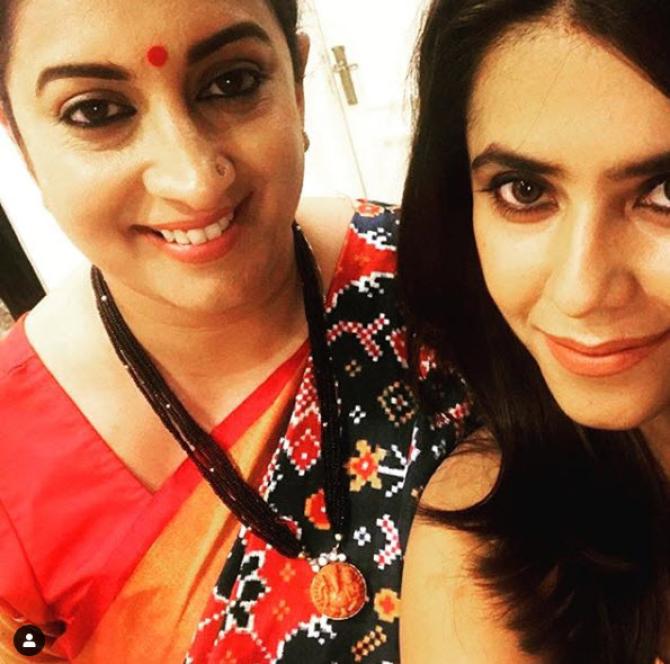 On March 10, 2020, Ekta Kapoor took to her Instagram handle and penned an adorable note for her bestie, Smriti Irani. It was Smriti ji, who shared a video on Women’s Day tagging her bestie, Ekta. Reposting the video, Ekta wrote a note about her bond with Smriti ji and how she inspires her to do better in life. Ekta’s note can be read as “This woman started working with me then became my best friend then went on to take on d world of politics! She is adept to talk on anything from art politics business movies... and has perfected the art of parenting (if there is anything as perfect) multitasking balancing multiple roles.”

Her note further read as “She makes me wanna do better! Not on woman’s day but I celebrate our friendship every day. #soulsister credit: @smritiiraniofficial... On the 8th reams will be written about how women are, how they should be looked upon, how they should inspire or aspire.... all I say is... BE. Be strong, be fun, be you. Don’t BE defined by anyone else. Define your own destiny. Just... BE.” On Ekta’s note, Smriti ji commented, “I love uuuuu hapoy Holi to you and my baby.” (Also Read: Siddhant Karnick Opens Up About His Divorce And What Went Wrong In His Marriage With Megha Gupta)

Ekta Kapoor had embraced motherhood through surrogacy on January 27, 2019, and had become a mother to a baby boy, whom she had named Ravie Kapoor. We have often seen how Ekta’s friends from the glamour world take their time out to visit Ravie and play with him. And joining them was none other than actress-turned-politician, Smriti Irani. Sometime back, we had stumbled upon a video of Ravie Kapoor and Smriti Irani, where the latter had indulged in some maasi duties. In the video, Smriti Irani had played the role of a perfect maasi to little Ravie while reciting poems and narrating stories to him. The video had also shown a glimpse of the number of books brought by Smriti ji where Ekta had jokingly said that she will turn Ravie into an ‘intellectual’.

On January 27, 2020, Ekta's son, Ravie had turned one and it was his maasi, Smriti ji, who had penned an adorable note for him on her Instagram handle. She had posted a series of pictures and had written, "Your Mom and I sat in silence a year ago waiting for you to come home (for a chatterbox she was quiet & composed ), your Masa freaks out that you are around 2 strong-headed women & hopes we don’t make a rabble-rousing feminist out of you; before anyone at @balajitelefilmslimited or @altbalaji could hand you a script or an edit tool I made sure you got a doctor’s set to play with. Your Nana Nani Mama & brother adore you. I refuse to respond to the name Ravioli (he is a dish for sure but no way will someone make Ravioli his call sign) you are loved Ravie Kapoor. happy birthday god bless @ektaravikapoor." (Also Read: Mira Kapoor Flaunts Her Love For Shahid Kapoor With 'SK' Tattoo, Sets Holi PDA Trend For Millennials) 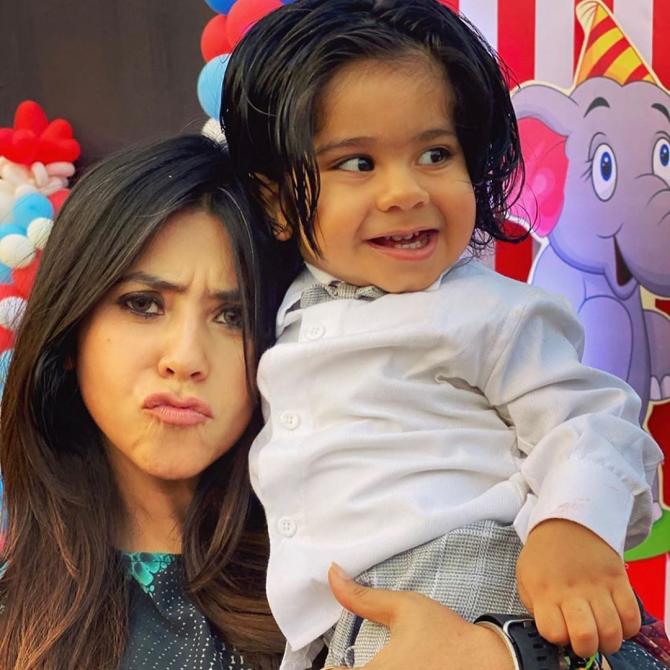 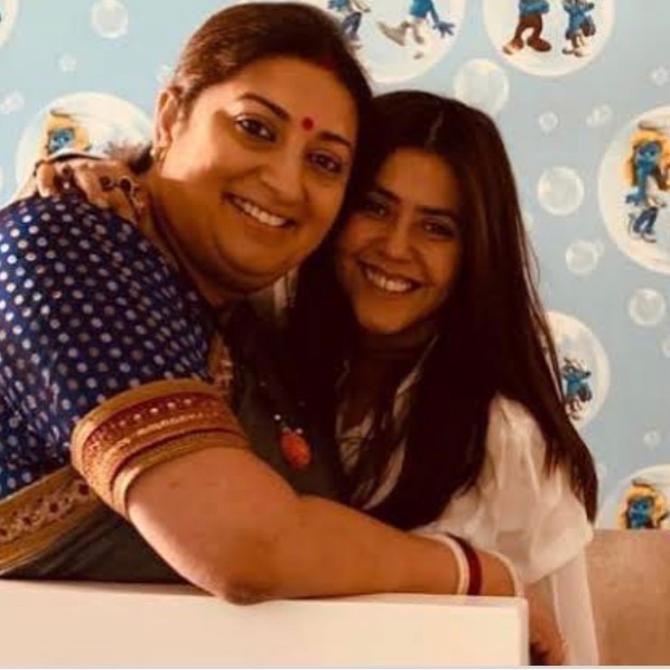 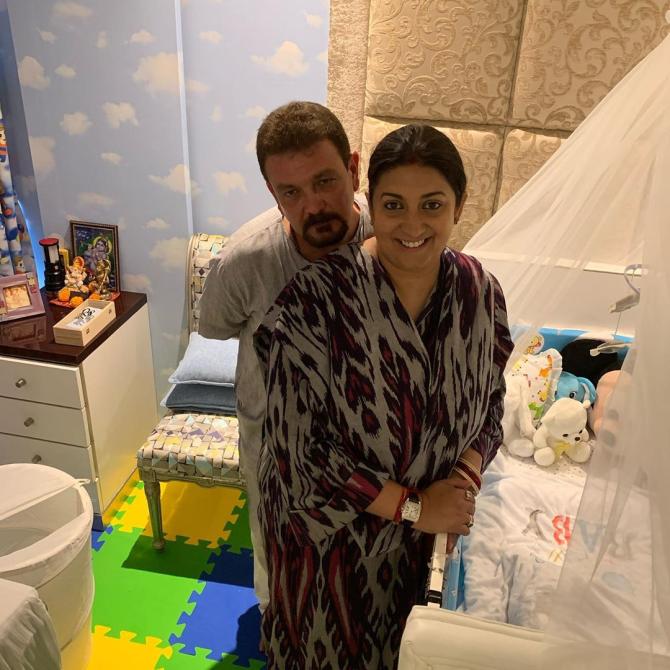 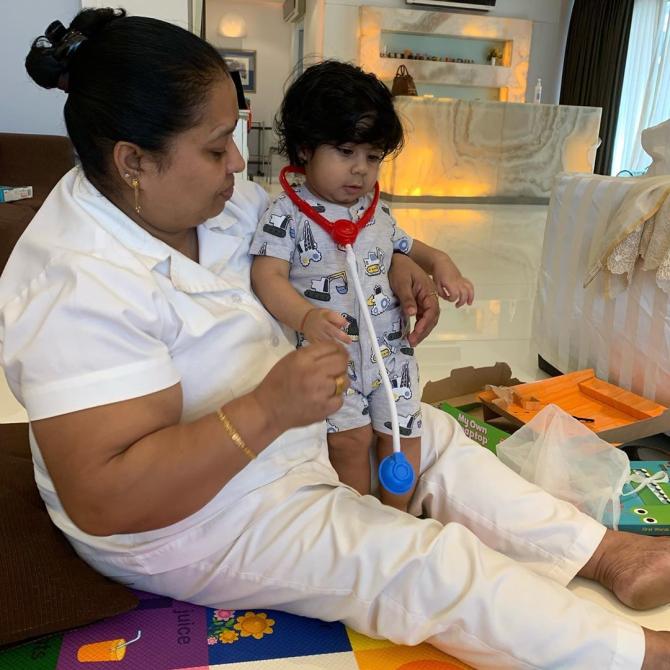 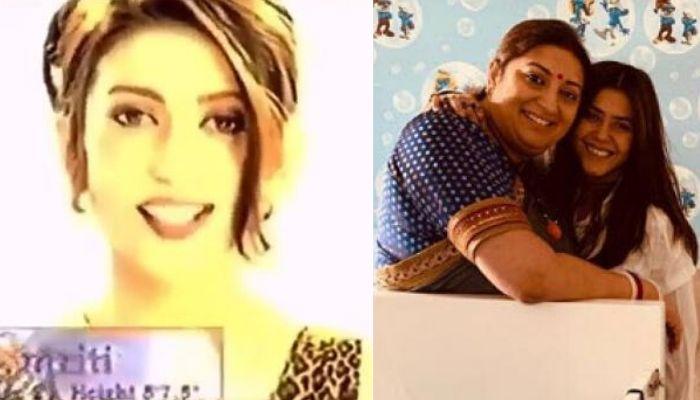 Sometimes, some work relationships turn into personal relationships. A few co-workers not just become our friends, but become our family. One such bond is shared between Ekta Kapoor and Smriti Irani. Smriti Irani had entered the glamour world at a very young age and rose to fame as ‘Tulsi Virani’