Almost five years after her wedding with Vivek Dahiya, Divyanka Tripathi Dahiya reveals how her parents reacted when she introduced her life partner to them and spilt some beans on their relationship.

It was in 2016 when Banoo Main Teri Dulhann fame, Divyanka Tripathi had married her Yeh Hai Mohabbatein co-star, Vivek Dahiya and since then, they have been swooning us over their 'match made in heaven' chemistry. It wasn't love at first sight for Divyanka and Vivek but it was their common friend, who became Cupid for the couple. Then, Divyanka and Vivek started looking at each other from a life partner's perspective and would meet after their work to know and understand each other better. In December 2015, Vivek finally popped the question to Divyanka and in July 2016, they were pronounced as husband and wife.

July 8, 2020, had marked the fourth wedding anniversary of Divyanka Tripathi Dahiya and Vivek Dahiya. To express her love for Vivek on their fourth anniversary, Divyanka had found a creative way as she doodled 'love you to the moon and back' and cute illustrations on a dark wall in their home. Divyanka had captioned her post as “Small big things one does to express love. #DivekAnniversary #8July #AllWeCanDoInCorona #Doodling on board this time.” Vivek had posted a throwback picture from their Chandigarh wedding reception and had captioned it as “As long as we have each other...Happy 4th love @divyankatripathidahiya.” 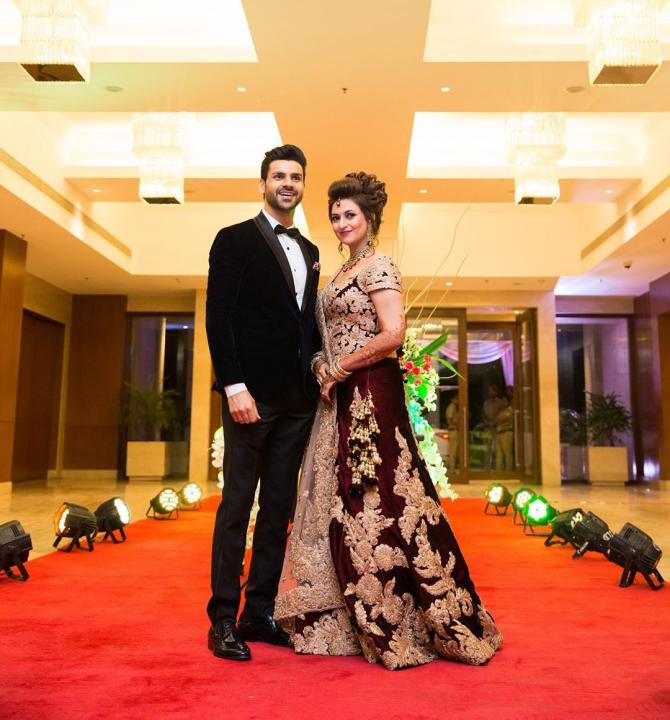 Almost five years after her wedding with Vivek Dahiya, Divyanka Tripathi Dahiya reveals how her parents reacted when she introduced her life partner to them and spilt some beans on her relationship with him back then. Revealing that she was interviewed by Vivek's family and he was interviewed by hers, Divyanka said, "Dad did raise eyebrows and I hadn't seen him doing that in the case of my earlier 'friends'. This happened because it was clear that Vivek and I were planning to marry. Next, Vivek was interviewed by my Dad, sister and brother-in-law. I too was interviewed by his family in a closed room. I think it's important to do such detailed interactions when you give away your daughter's hand to anybody. Plus, when families come into play, the couple tries much more to keep the marriage going as they understand that it is a responsibility." When asked if she had proposed to Vivek Dahiya first, Divyanka Tripathi Dahiya retorted, "No, Vivek did. But we took a very long time until I guess we were absolutely sure of our decision. Of course, we had felt love for each other just in our second or third meeting- pata chal jaata hai. We had gauged our feelings from each other's eyes. Many times, we were on the verge of breaking the news to our parents but kept procrastinating. No love note was exchanged between us for the longest time." 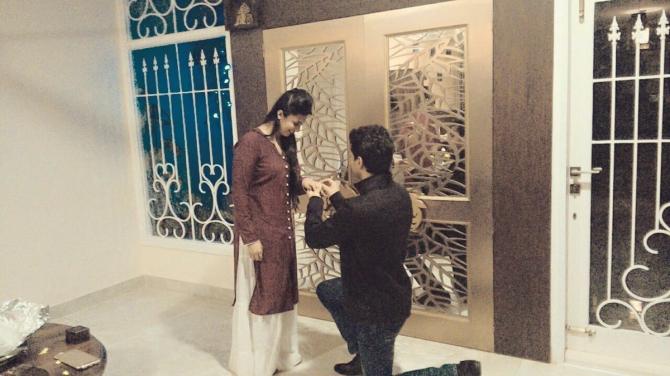 Also Read: Shaheer Sheikh's Wife Ruchikaa Reveals What Happens When Her Hubby Asks Her To Take A Picture Of Him

Revealing if she was sure she wanted to marry Vivek Dahiya, Divyanka Tripathi Dahiya continued, "I was sure about this more than anything else in the world. I wasn't sure as much about becoming an actor. Getting married to Vivek has probably been the best decision of my life." It's been more than four years since Vivek and Divyanka had embarked on their marital journey but time and again, the couple was surrounded with pregnancy rumours. When asked about planning a baby, Divyanka said, "I am wearing a loose kaftaan in this interview for just a fashion statement. Parenting is a huge responsibility. We are going to take our time in having a baby; we'll have one in due course." 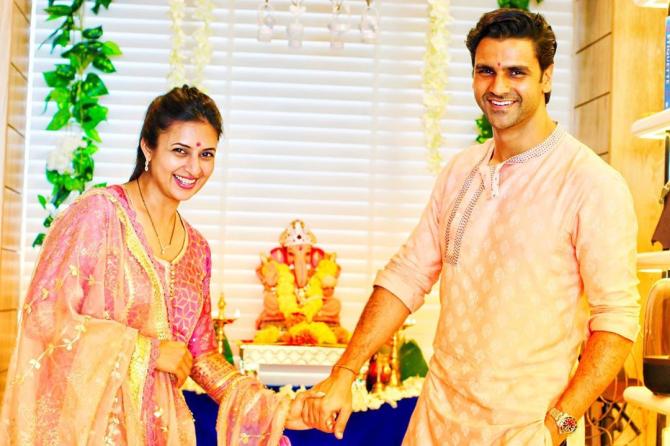 Sometime back, Divyanka Tripathi Dahiya had posted a sweet picture of herself from a photoshoot on her social media handle, in which she had flaunted comfy, chic and stylish look in a pair of beige co-ords. With blow-dried tresses and pink lips, Divyanka surely made heads turn with her overall look and she had captioned her post as "I laugh at those who've worked for erratic TV schedules for so long that their concept of days & time tend to get disarrayed. Anyway #HappyFriday #TGIF." On Divyanka’s post, one of her fans had commented, "Ma'am we all want to you to become a mother." Divyanka’s witty reply to her fan could be read as "then you all volunteer to baby sit my baby while I work." 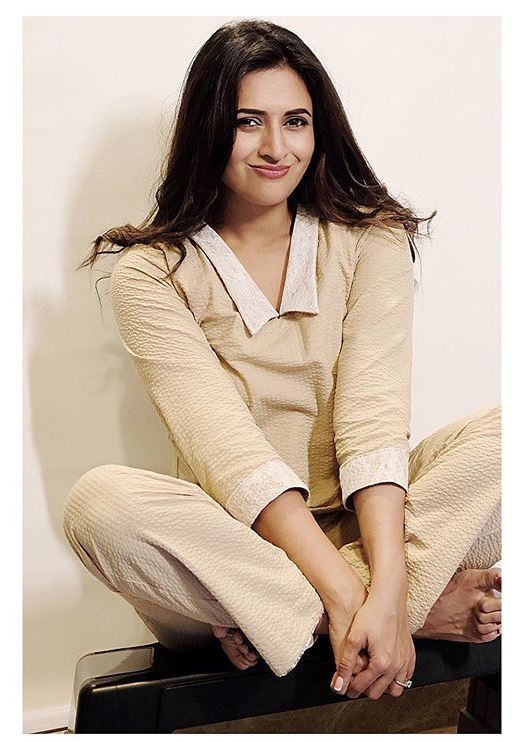 On the professional front, Divyanka was last seen on Crime Patrol Satark: Women Against Crime.