A brother is the greatest gift of childhood, who knows all your secrets. Television actress, Divyanka Tripathi Dahiya shares a lovely bond with her baby brother. 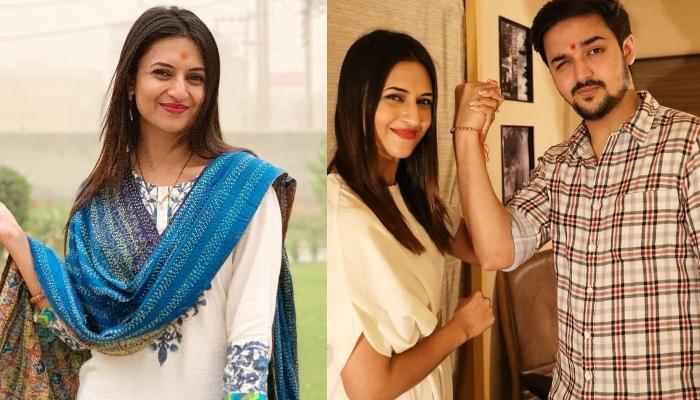 A brother, whether elder or younger, is the biggest blessing of childhood. Together we have played ghar-ghar to chor-police and there wasn't any wrestling move that we haven't tried on each other. And as we grow old, the same brother becomes our happiness meter, who knows how to lift up our mood. An exactly similar relationship is shared between television actress, Divyanka Tripathi Dahiya and her baby brother, Aishwarya Tripathi. (Recommend Read: Taimur Ali Khan Enjoys Playtime With A Pup Before Going To Sleep, His Happiness Knows No Bounds)

Divyanka is deeply rooted to her roots and values her family above all. The actress truly believes that whatever she is today is because of her family, who believed in her dreams more than her. Today, on September 24, 2019, Divyanka's brother, Aishwarya Tripathi turned a year older. The actress took to her Instagram handle to share a special wish for her brother by posting a picture with him. Along with it, she wrote, "How much we troubled you when you were a child! Wrestling to leg pulling... Those were the glorious days until you grew up to be so sharp and smart that no one can outwit you now!
Happy Birthday to our brother @aishwaryatripathi380...who is flying high today but will always be a little baby to us! Your loving sisters, @priyanka_sameer_tiwari and Divyanka Urff- Sweety didi & Chaani didi." 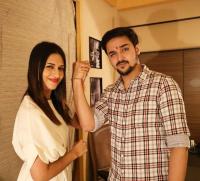 For those who don't know, Divyanka never wanted to join the world of glam and glitz. In an interview, she had shared, "I never wanted to be an actress. I wanted to be an army officer. I was good at NCC, I was told I was the best cadet. This designation was given to me when I was involved in Republic Day Camps in school. I was a very good rifle shooter, I don't get to practice much now, I think I can still shoot." (Also Read: 'Khatron Ke Khiladi' Co-stars, Aly Goni And Jasmin Bhasin Spotted On A Lunch Date Together) 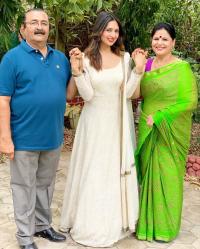 The actress had also talked about how she became an actress and her journey of hard work towards success. She had said, "I belong to a middle-class family. We had never travelled on a plane. It took me convincing my parents to let me go for auditions and then my dad and I would travel back and forth from Bhopal to Mumbai by bus. Now, when I look back it was all worth it." In an interview, Divyanka had also talked about her rough phase, and had stated, "After I bagged the title role in Banu Main Teri Dulhan, I thought it will run for mere six months so I thought I'll come back and complete my UPSC studies, I'll still sit for these SSB (Services Selectio Board) examinations for the Army, that did not happen as the show ran for 3 years." 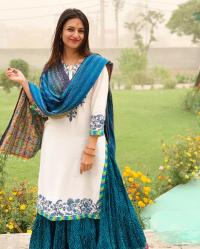 She had further added, "But after the show, I was out of work for a really long time. That was a tough phase. After you taste the highs and the perks you're suddenly pushed to the ground. I would get depressing thoughts. Nobody was giving me work as Vidya from the show, the character I played became too famous. They said everybody knows Vidya so you cannot play anything else. The biggest turnaround in my life came when Yeh Hai Mohabbatein was offered to me. It was a really long wait. The struggle was real but when it happened everything made sense, the feeling was surreal. It was only possible because my parents kept me motivated, I had faith in my talent. And look where it has brought me today. The journey has been amazing." (Don't Miss: Disha Parmar Of 'Pyaar Ka Dard' Celebrates BF, Rahul Vaidya's Birthday By Posting A Heartfelt Wish)