Spiltsvilla fame, Divya Agarwal has been in the news quite a lot recently because of her relationship with Bigg Boss 11 contestant, Priyank Sharma. Another reason for her to be in the news now is that Divya is coming back on TV with MTV’s new show, A Date to Remember. She will be one of the judges on the show along with, ex-Bigg Boss contestants Nitibha Kaul and Manu Punjabi. The dating reality show will witness 18 girls and 9 boys as participants who will be on a journey to find love. Considering she has been a part of Splitsvilla herself, Divya finds her a perfect fit for this show. Speaking to the Indian Express, Divya said, “The major reason why I am in the show is the fact that I have been a participant in a relationship-based show. I understand the loopholes and consequences of being in a situation. I will be able to guide contestants through their emotional journey on the show. It is a right opportunity.” 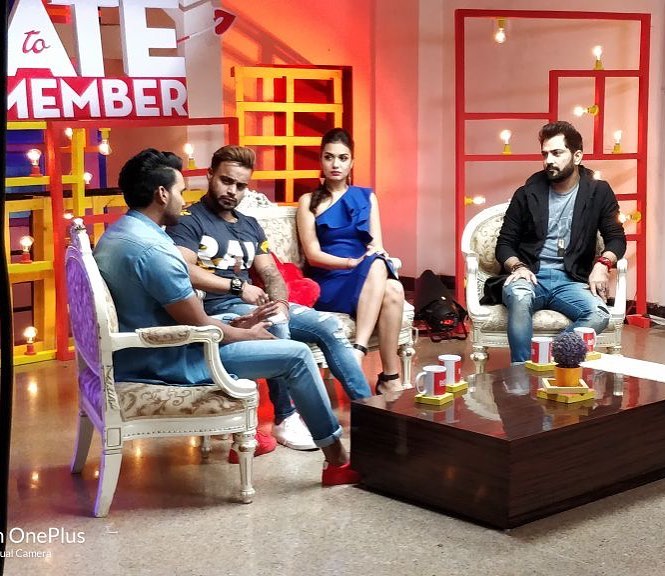 And now, speaking of finding love, her alleged love-affair with Priyank has recently given rise to many debates and conjectures. In one of the Bigg Boss tasks, she entered the house and broke up with Priyank leaving him shattered. Speaking to the Indian Express about that episode, Divya said, “It was hard for me. The reason why I went in the house was solely to give him a reality check on what was happening in the world outside and to help him play accordingly. There were also rumours that I am against Hina Khan and Luv Tyagi but I just told him Vikas Gupta is a true friend as I know them and their friendship since a very long time and I could see how Vikas’ family was getting affected with Priyank. The break up was necessary inside the house as the controversy began inside it and we started off in a reality show.” 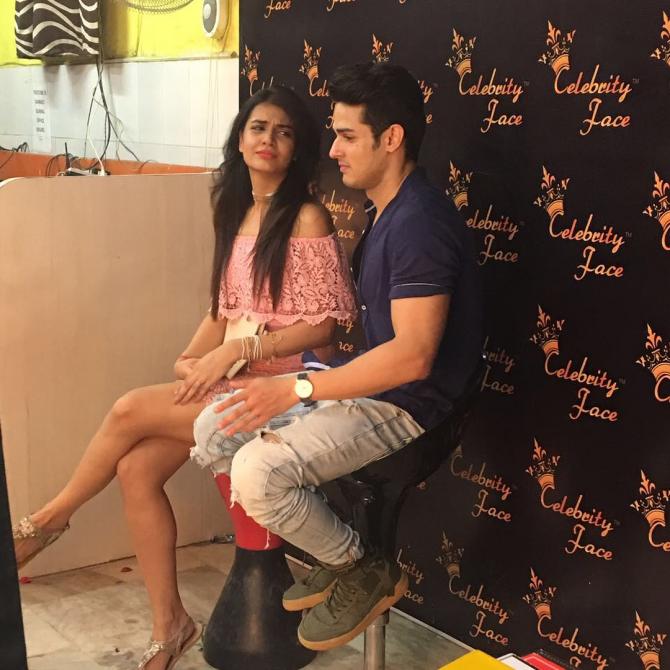 She further added, “There are people who still believe we are together. It does not make a difference to the fans. It is hard for me to handle people who love us together. There were questions raised on my trust issues and his loyalty issues but you see, I can never prove them wrong because they are not. I myself am a big fan of Divyank and was hoping to work together on many other platforms but anyway.” When she was asked if she would date Priyank again, Divya replied, “No, no that is absolutely a big no. Professionally, yes but nothing personal.” 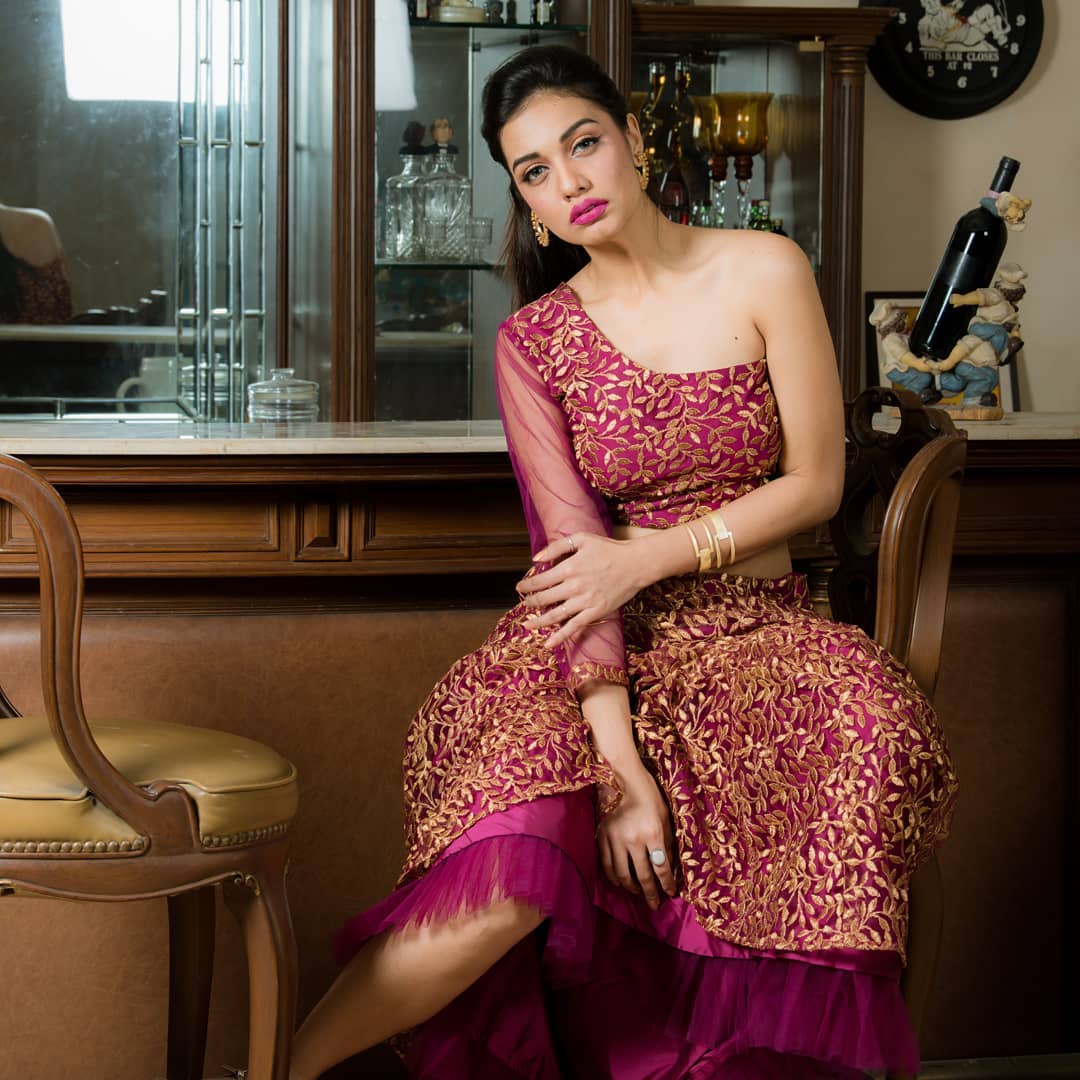 Summing up and giving her own perspective on Splitsvilla, Priyank and her fans, all in one, she said, “The Whole world knows about our dates which were captured on camera. But once, somehow hiding from producers and makers of the show, we found a way out to meet. We met and cried as I was not a part of the show anymore. So, that is a date to remember. And no matter where I am and what relationships I am into, this will stay special to me.” Earlier, speaking to a leading daily, Priyank opened up about his relationship with Divya. He said, “When I got evicted for the first time, Divya and I had discussed that things are not working out between us. And then I went back into the house rather quickly after that, so I feel some questions had remained in her mind. But I have moved on. Perhaps Divya had some things in her mind and she wanted to clear them when she came to the house- but we couldn't communicate much. Also, we didn't have phones inside, so I couldn't call her after she left. From my side it was always clear that our relationship is over- and I hope that she too is clear about this now and hereafter.” In the Bigg Boss task in which Divya accused Priyank of two-timing and then broke up with him, he was left distressed. On this, he said, “Exactly, because we were with each other. So obviously, thoda toh hoga na. But now I don't want to date anyone. My whole focus has been shifted to my career. I want to grow and make it big in the entertainment industry. Fans have welcomed me warmly,  so I don't want to lose their love and appreciation. I did some mistakes inside but then I apologised and that phase also over. I feel like taking a break from everything now for few days and the deep-dive into my career only. I shall concentrate on acting and dancing, soonest.” (Read more about this story here.) 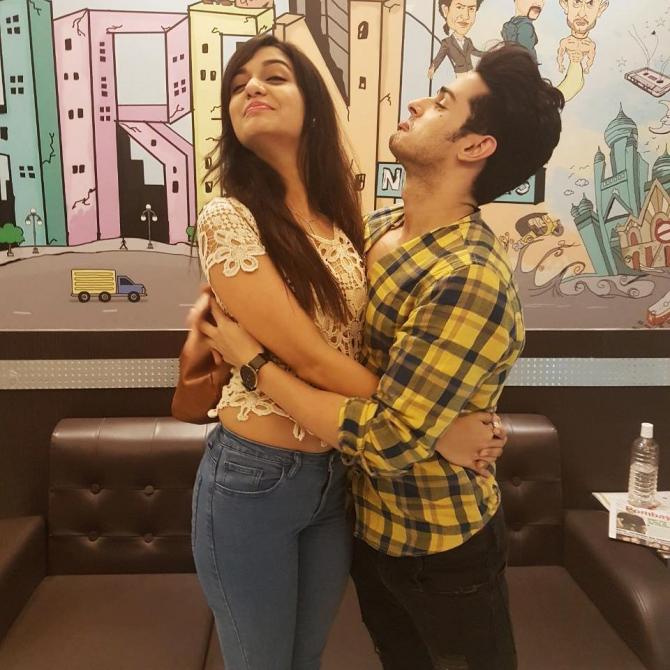 During Bigg Boss 11, Priyank’s growing closeness with his fellow in-house mate, Benafsha Soonawalla, had left many fans shocked. To this, Priyank earlier clarified and said, “Ben and me are very close. But she is just a friend.  We knew each other before entering the house. And after getting in the house, we got to spend much time together. We used to support each other in all matters. Yes, I accept that I was bit protective of her. But then,  I had the same feeling for Hina. Benafsha left the show, then I used to be more with Hina. But it doesn't mean that Hina and I are dating; it is just pure friendship on that front too. I love Ben but as a friend and I respect her too.” Whoa! That’s been quite a journey for both Priyank and Divya. We hope things settle quickly between the two.

Next Read: After Failed Marriage At A Very Young Age, Shweta Is Fully Enjoying Her Married Life With Abhinav