Disha Patani, apart from shining in her acting and dancing skills, is a major fitness freak. Every now and then, she takes to her Instagram handle to share glimpses from her practice sessions, and we remain in awe of her.

Disha Patani is very successful on her professional front. However, apart from her work projects, she leads the headlines for her rumoured relationship with veteran actor, Jackie Shroff's son, Tiger Shroff. Even though they never denied or accepted their relationship in front of the media, their public appearances, mushy comments on each other's posts suggest something different. 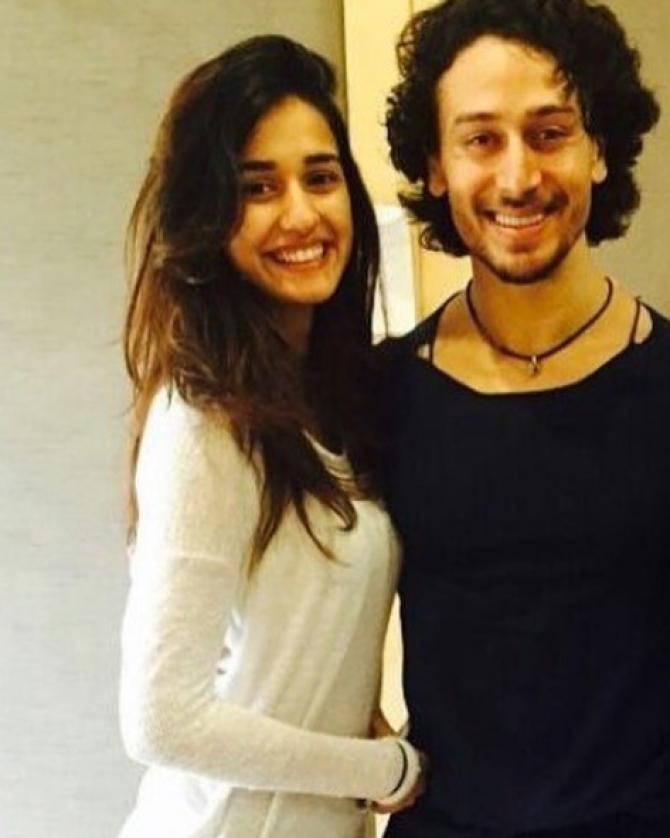 On January 30, 2022, Disha Patani took to her Instagram handle to share a video of her practising some insane air flips. She dished out major fitness goals with her clean moves in the video. She donned a red t-shirt with red shorts and a red knee cap.

But what caught our attention was how her alleged boyfriend, Tiger Shroff reacted to her perfect flips. The doting alleged beau dropped an unmissable comment. Tiger took to her comment section and encouraged Disha. He wrote with a heart-eyed emoji, a clap and fire emoticons:

In an old conversation with Bollywood Hungama, Disha had answered all of the rumours of their relationship in a witty way and had mentioned how she wants to impress Tiger Shroff, but she is having no luck in it. When she was asked about why they don't accept their relationship, the actress had replied: Earlier, on Koffee With Karan season 6, Tiger had defended their Sunday dates and had shared his take on his relationship with Disha. The actor was quoted as saying:

"Walking out of the restaurant every Sunday holding the bag for her makes me look better. We don't talk about it that much. I am great friends with her and I love her company. We are keeping it that. We have similar interests and I don't have very many friends in the industry. She is one of the few friends I have and who I am comfortable with." Well, we can't wait for their relationship to get official. What about you?

Don't Miss: Urmila Matondkar Reveals Her Plans On Embracing Motherhood, And Leaving Her Career For Marriage

Jackie Shroff On Tiger's Breakup With Disha Patani, Calls It Their Choice To Be Together Or Not Tiger Shroff and his rumoured girlfriend, Disha Patan are the most loved celeb jodi of B-town. Although the two had never accepted dating each other, however, their social media posts and constant outings speak volumes about how they adore each other’s company. However, in the past few days, there have been