Dipika Kakar talked about her fight with her husband, Shoaib Ibrahim. Scroll down to know what the couple used to fight about!

Dipika Kakar and Shoaib Ibrahim are one of the most adored couples in the television industry. Dipika and Shoaib had embarked on the journey of happily-ever-after on February 22, 2018, when the lovebirds had said Qubool Hai to each other in a nikah ceremony. Ever since then, the couple has been sharing snippets of their wonderful married life, giving 'couple goals' to the millennials. Be it birthdays, festivals or parties, Dipika and Shoaib's chemistry swoon our hearts every time. (Recommended Read: Aditya Narayan Is Back On The Sets After His Honeymoon, Neha Kakkar Drops A Quirky Comment)

On December 2, 2020, Shoaib had taken a hilarious dig at his biwi, Dipika as she had joined him at the gym. He had shared some pictures on his IG handle with Dipika and his sister, Saba while crediting himself for getting Dipika to the gym. Making fun of Dipika, Shoaib had written, “Dekho dekho aaj gym me kaun aaya anhoni ko honi kardiya wahhh... proud of you Shoaib.” 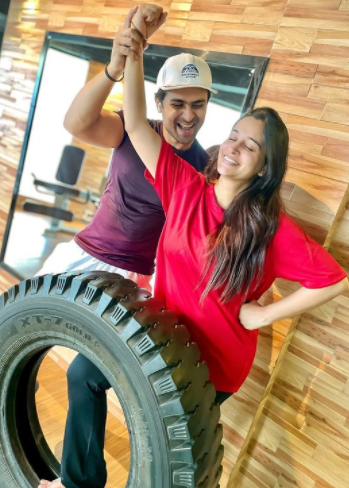 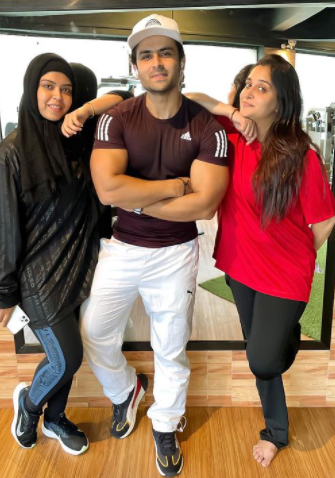 Dipika and Shoaib are lovingly called as 'Shoaika' among their fans. They are extremely active on YouTube as they post a lot of amazing videos of their vacations and happy moments. In one of such videos, Dipika Kakar talked about her fight with husband, Shoaib. The actress said that her husband, Shoaib is extremely grumpy in the morning, which is why they used to fight. In her words, "After getting up in the morning, he does not like to speak to anyone and even gets irritated and grumpy if anyone tries to disturb him." On September 30, 2020, Dipika had posted a funny picture with Shoaib. In the picture, the duo was seen dressed up in their tracksuits. Alongside the photo, Dipika had written, "@shoaib2087 trying his best to get me "jogging" #lazyme." On October 23, 2020, Shoaib had taken to his IG handle and had shared a mesmerising pool picture with his ladylove, Dipika. In the picture, Shoaib had hugged his wifey while she had held a cup in her hand. Along with the picture, Shoaib had revealed how chai had played an important role in their love and had written, “Chai se ishq tha hume, Tumhare saath peekar tumse bhi ho gaya” followed by a heart emoticon. (Also Read: Aayush Sharma Pens A Heartmelting Birthday Wish For Ayat As She Turned 1, Reveals How Blessed He Is) On December 8, 2020, Dipika Kakar had shared a loving picture with her in-laws enjoying the winter season with their cute pooch. Shoaib had also posted a picture of his entire family posing together. Alongside it, he had written, "It’s not what we have in life but who we have in our life that matters." He had also shared the first-ever reel video, he had created with the entire family and had written, "Our first family reel." Earlier, in an interview with The Times Of India, the actress had shared that she is a lot more close to her ammi. The actress had said, "Coming from a small town, even his parents never let me feel that. I have always longed for family. Ammi sends dabba for me when my mother is not there. I feel I am more close to his mom than him. Everything is positive and we are more at peace now." (Don't Miss: Kushal Tandon Bumps Into His Ex-GF, Gauahar Khan In The Flight And Calls It 'Ek Haseen Ittefaq')

What do you generally fight upon, with your significant other? Share with us! 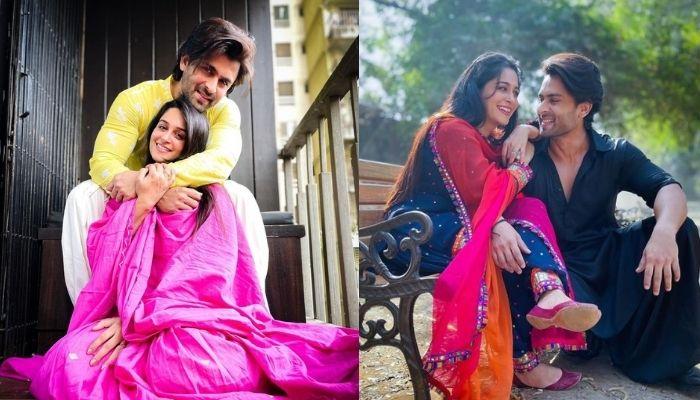