Shoaib Ibrahim and Dipika Kakar Ibrahim are a match made in heaven! They often make us fall in love with their droolworthy pictures and their recent glimpse is just adorable. 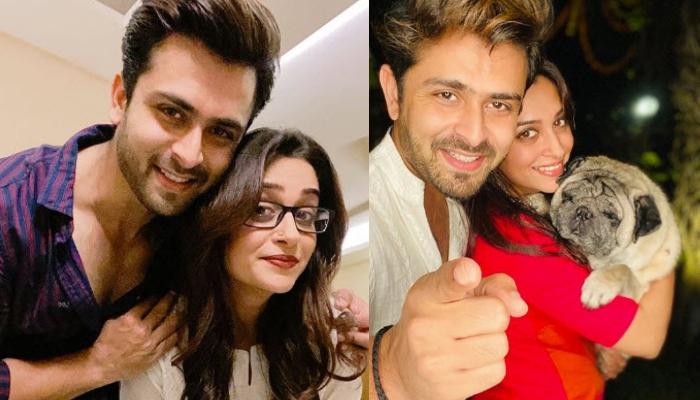 Pyaar Ko Ho Jaane Do, Pyaar Mein Kho Jaane Do, Aitbaar Kiska Hai, Intezaar Kiska Hai Abhi Na Hua To Phir Kabhi Nahi Kabhi Nahi – Love brings back all the happiness in one’s life and the one already in love can understand the emotions behind it. It is always blissful if you have somebody to share your thoughts, somebody on whom you can rely upon and who is always there to hold you back when you fall. Being in love is one of the most magical feelings in this world and blessed are those who have already fallen for it! (Also Read: Asim Riaz Openly Flirts With Himanshi Khurana, Shefali Jariwala Asks Him To Profess His Love For Her)

Dipika Kakar Ibrahim and Shoaib Ibrahim are a match made in heaven and it seems that God wrote their love story himself. Dipika was already married and was undergoing troubles in her married life when she had met Shoaib on the sets of Sasural Simar Ka. The two had met on the sets of Sasural Simar Ka and had become good friends. Their friendship eventually had taken the form of love and the two had gotten married in a nikah ceremony on February 22, 2018. 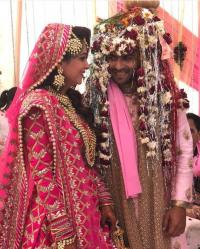 As they say, everything is fair in love and war. Dipika had not only converted her religion for her nikah ceremony but had also added Ibrahim to her name. The lovely couple is an inspiration to all the people in love and has been giving major marriage goals. On November 23, 2019, Dipika took to her Instagram handle and shared an adorable picture of her Saturday afternoon. In the picture, she was seen chilling with hubby, Shoaib and their dog, Cuddle. She captioned the image as “Saturday afternoon at its best!!” followed by a heart emoticon. 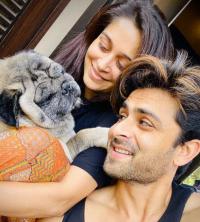 After Dipika converted her religion, she was badly trolled and in an interview with the Hindustan Times, she had reacted to the trolls and people who have targeted her for converting her religion. Slamming the haters, Dipika had quoted, “Why do I owe an explanation to you for my personal decision? Why do you expect that I will live my life on your terms and conditions? How are you even related to me? Just because I’m an actor and you get to know about my personal life doesn’t give you the right to abuse me or slam me whenever you feel like. Shame on you.” (Also Read: Karan Patel Shares His 'Family' Birthday Plans, Reveals Why He Hasn't Cut A Cake In Last 10 Years) Talking about converting her religion, she had opened about the same to The Times of India and had then informed, “Joh sach hai woh hai (Truth is the truth). It's true I have done it, but why and when I have done it, don't think it needs to be talked about. I think it is a very personal matter and I don't think I need to talk about it openly in front of the media. For the audience and media, we are actors have always shared everything. All our happy moments we have shared with you all, but this I think is a very personal space and I don't give anyone the permission to enter the space. Definitely, it is true and I am not denying it. I am very happy and proud that I have done it for myself and my happiness. My family was with me in this decision and my intentions were to hurt anyone. This is my decision.” Dipika Kakar is back to telly screen and is playing the lead in the serial, Kahaan Hum Kahaan Tum. With busy working hours and hectic schedules, she was getting very few time to spend with her husband, Shoaib. But the doting husband had made sure to surprise not just his wife but all their fans with his heartfelt gesture. Dipika had taken to Instagram and posted a picture of herself, with Shoaib, who had visited her workplace just to drive her back home! Sharing the picture, she had written, “Just to drive me back home @shoaib2087.” (Also Read: Shweta Bachchan Nanda Posts A Hilarious Birthday Wish For Son, Agastya Nanda On His 19th Birthday) 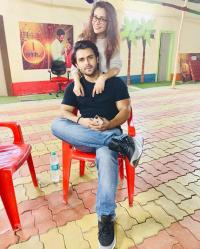 Aren't they looking adorable? What do you think? Keep us posted!