Shoaib Ibrahim got a special surprise on his birthday as his wife, Dipika Kakar made burnt eggs for him. Check out what was his reaction on it!Â

Dipika Kakar and Shoaib Ibrahim had progressed from co-actors to life partners when they had fallen for each other. After dating each other for a while, the two had decided to have a nikaah ceremony and had gotten tied in the nuptial knot on February 27, 2018. Since then, everything they do is not less than a couple goal. Today, on the 33rd birthday of Shoaib Ibrahim, his doting wife, Dipika Kakar baked a cake for him, along with burnt eggs! Yes, you read that right. Scroll further for more details!

Some days ago, the fun couple that Shoaib Ibrahim and Dipika Kakar are, they decided to give their fans a treat, by doing a fun push-up. Shoaib had fulfilled his wife, Dipika's wish of lifting her up and doing the push-ups. The actor had taken to his Instagram stories and had shared a video, wherein he could be seen doing push-ups while Dipika was sitting on his back. Shoaib had revealed that it was his wife's wish that he lifted her up. He had captioned his video as "Aaj madam ki zidd thi ye karne ki". Scroll down to know how Dipika made burnt eggs for Shoaib's birthday and what was his reaction on it!

Dipika took to her Instagram stories and shared a video comprising of the hilarious charade when she made burnt eggs for the birthday boy! The video starts with Dipika wishing her fans good morning in the evening asking her to be excused for the greeting because due to preparations for her dear husband, Shoaib's birthday, they were awake the whole night before and slept only in the morning! Going further in the video, Dipika said, "I was supposed to make an omelette for Shoaib for his breakfast, lunch, brunch jo bhi aap bolo, aur ye dekho kya bana hai." She then pans the camera towards the pan, wherein burnt, overcooked eggs can be seen. She then goes on to say, "Toh ab mai Shoaib ko bolne wali hu ki mai aapke liye birthday special breakfast layi hu, aur dekhte hain ki unka kya reaction hota hai ki unke birthday pe mai unko aisa jala hua omelette khilaungi." She then proceeded to her husband, Shoaib and said to him, "Ye dekho aapke liye mai birthday special omelette leke aayi hu." Shoaib starts laughing immediately as he looks at the eggs and Dipika starts laughing with him too. He then goes on to make a point on how every day his wife, Dipika makes great breakfast for him and today, on his birthday, she is feeding him burnt eggs! The video is too cute to be missed. Check it out below:

Birthday boy, Shoaib Ibrahim, who turns 33 today had also taken to his Instagram handle to post a video from his midnight birthday celebrations with family. In the video, we could see a bit of light decoration in the room and that yummylicious chocolate cake made by none other than his doting wife, Dipika Kakar. He had cut the cake and everyone had turn by turn come to the birthday boy and had blessed him with a warm hug. Also, Shoaib’s beloved sister, Saba Ibrahim is the one, who had revealed that the delicious cake was made by her bhabhi, Dipika Kakar. She had also posted pictures on her Instagram stories and atop of one of them, she had written “Beautiful cake by @ms.dipika Bhabhi.” (Also Read: Sara Arfeen Khan's Video On Her Kids, Aizah And Zidane's First Birthday Is All About Motherhood) 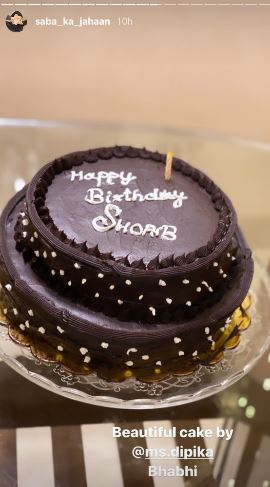 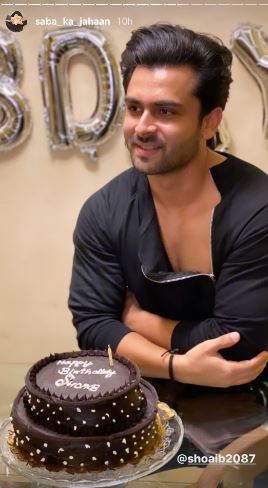 The loving husband, Shoaib Ibrahim had also given a fantastic surprise to his darling wife, Dipika Kakar on her first birthday post-marriage. The actor had celebrated her birthday with a super-special surprise, a big cake, flowers and balloons. Sharing the pictures, Shoaib had written, “Hmmm toh first birthday... nikah ke baad... and as u said to me... mujhe special feel karwana... I don't know how to make you feel special... jisme main sabse kamzor hu... just want to say... You make me happy... you make me laugh... you are little crazy and sometimes awkward... but your smile alone can make my day. I promise to support u whatever you do and I am always there for you. Kyuki ab koi option nahi... #happybirthday Love you. Allah lambi umr de... @ms.dipika #birthdaygirl.” (You May Also Like: Twinkle Khanna Pens A Father's Day Letter For Her Late Father, Rajesh Khanna Sharing The Anecdotes) 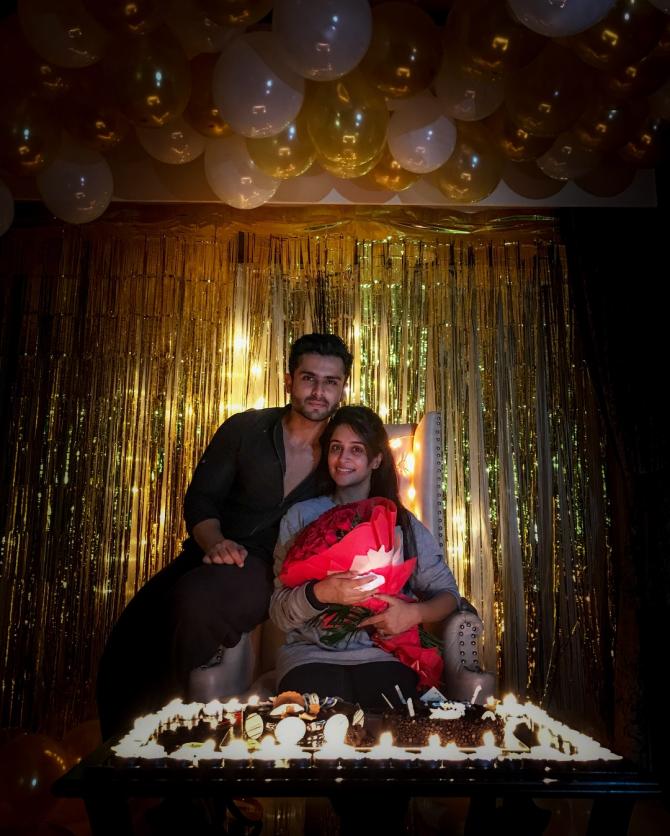