Dipika Kakar's father-in-law suffered a brain stroke. Her husband, Shoaib Ibrahim urged his fans to pray for his father.

One of the most adored couples of the telly world, Dipika Kakar and Shoaib Ibrahim had begun their forever journey on February 22, 2018. And since then, we have been witnessing adorable glimpses of their perfect life. And more than their beautiful chemistry, we love the way they make their parents feel special by celebrating every moment with them.

On June 24, 2021, Shoaib Ibrahim’s parents had celebrated their 36th wedding anniversary. To mark the special day, Shoaib had shared an adorable picture of his parents with a bouquet in their hands while smiling for the camera. Along with the picture, he had written, “Happy anniversary” sticker below the picture.

Shoaib Ibrahim Wins Our Heart With His Savage Reply To A Fan Wanting To Marry His Wife, Dipika Kakar

Also Read: Aaradhya Looks All Grown Up In Her Recent Outing With Aishwarya Rai Bachchan And Abhishek Bachchan 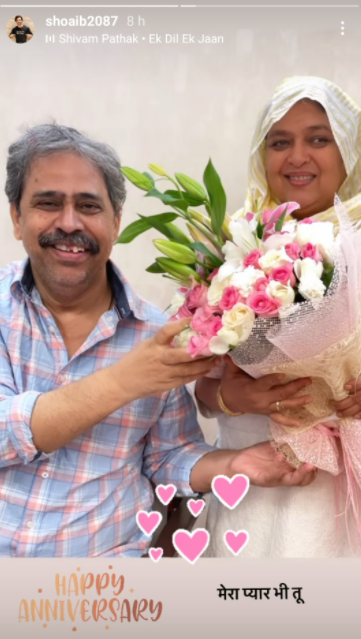 On July 25, 2021, Shoaib's father suffered a brain stroke and was rushed to the hospital. The actor took to his IG stories and informed about the same. Urging his fans to pray for his father, Shoaib wrote, "Need you Prayers & strength once again!! Papa has had a brain stroke today morning and is in the ICU presently!! Please please aap sab dua kijiyega ki Allah unhe theek kar dein." Dipika Kakar reposted Shoaib's story on her page. In February 2021, Shoaib had urged all his fans to pray for his dad as he had undergone surgery. While his father was under observation, the doting son had updated his fans about his abba's health. On February 14, 2021, Shoaib had shared a picture of his father from the hospital and had captioned it as "Alhamdulillah". On May 6, 2021, Shoaib Ibrahim’s father had turned a year older and he had shared glimpses of his abba's birthday celebration. Shoaib had taken to his IG stories and had shared a lovely picture of his ammi and abba, where his abba was seen cutting his birthday cake. Along with the adorable picture, Shoaib had dropped a “Happy Birthday” sticker followed by a heart emoticon atop the picture. 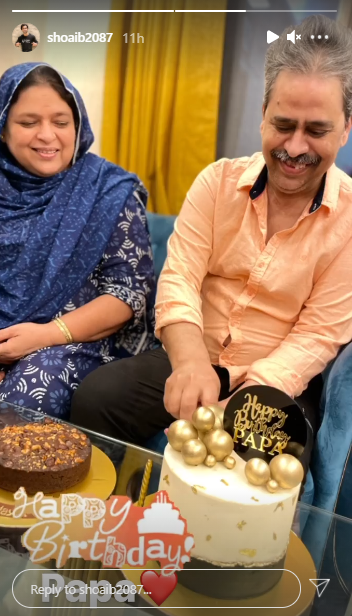