In 2021, Dipika Kakar and Shoaib Ibrahim completed three years of marital bliss and to make this occasion special, the couple released their mehendi, sangeet and haldi videos on his YouTube channel.

When we love or admire a celebrity, it is only because of their screen presence and what we see in interviews or media interactions. But thanks to social media, the fans get a chance to know who their favourite celebrity is in real life and glimpses into their personal space. Some celebrities have managed to make a name for themselves in the hearts of their audiences which is even more special than their elite status. Some celebrities have proved that being nice and genuine never goes out of style. It is their genuineness that brings respect for them in the hearts of their fans. One such celeb couple is Dipika Kakar Ibrahim and Shoaib Ibrahim, who has made a special place in the hearts of their audiences with the vlogs showcasing their personal life. (Also Read: Unseen Picture Of Abhishek Bachchan And Aishwarya Rai Creating Lifetime Memory A Day Before Wedding)

If you have seen videos on Dipika Ki Duniya and Shoaib Ibrahim Official on YouTube, you would know who Dipika Kakar Ibrahim and Shoaib Ibrahim are in real-life and love and respect for the couple would come from the core of your heart. Without any fakeness, Dipika and Shoaib give real glimpses of their personal and family life, and though we had earlier loved them as celebrities, now we have respect for them as human beings. The videos on Dipika and Shoaib’s YouTube channels give glimpses of the values and traditions that they have imbibed from their adorable family and the immense love everyone in their clan has for each other is truly an inspiration. 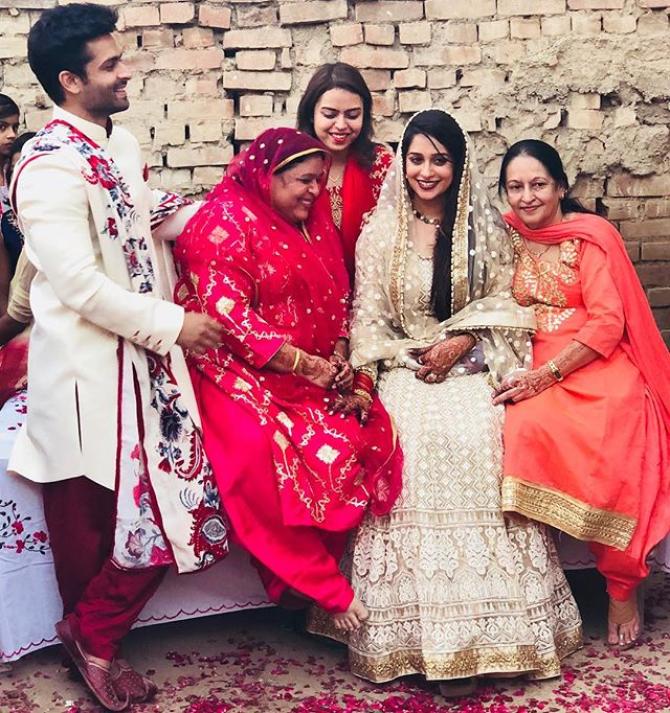 Three years ago, Dipika Kakar had added Ibrahim to her name post her nikaah with Shoaib Ibrahim on February 22, 2018, and since then, the couple has been swooning us with their camaraderie. In 2021, Dipika and Shoaib completed three years of marital bliss and to make this occasion extra special, the couple released their mehendi, sangeet and haldi videos on Shoaib’s YouTube channel. For the haldi ceremony, Dipika and Shoaib had twinned in white as the then-to-be bride had picked a white kurti with yellow leggings and dupatta, the then-to-be groom had opted for a white vest and denim look. For the mehendi ceremony, Dipika made for a happy bride in a black embellished kurti which she paired with a phulkari dupatta and complementing her was her beau, Shoaib, who had picked an orange kurta for the function. For the sangeet night, Dipika had turned heads in a yellow sharara set and Shoaib had looked dapper in a maroon shimmery kurta and black pyjama.

To mark their first anniversary in 2019, Dipika Kakar Ibrahim and Shoaib Ibrahim had captured some picture-perfect moments of their one-year special photoshoot. Shoaib and Dipika had looked like a vision in white as they posed with each other in a beautiful backdrop. While Shoaib had captioned the pictures as “One year down... forever to go.. thankyou dipi for coming in my life.. and making me the person i am today.. u are my teacher, best friend, love, wife and my life. I had never thought that someone can love me this much. No one understands me better than you. Mera bachpana, mera pagalpan, meri sharartein, aur kabhi kabhi mera gussa.. and i promise you i will always love u and protect you, aur humesha khush rakhunga.. Thanks for completing me and my family.. love you always and forever Happy Anniversary Jana @ms.dipika”, Dipika had written, “Yesssss its been a year of the most precious day of my life... of being Mrs Dipika Kakar Ibrahim.... and my world has bloomed with love ever since!!! Be Ready Guys The Celebration beginssssss!!!!!” (Also Read: Unseen Wedding Photos Of Sanjay Dutt And Maanayata Dutt, Glimpses Of Sindoor And Saat Phere Rituals) 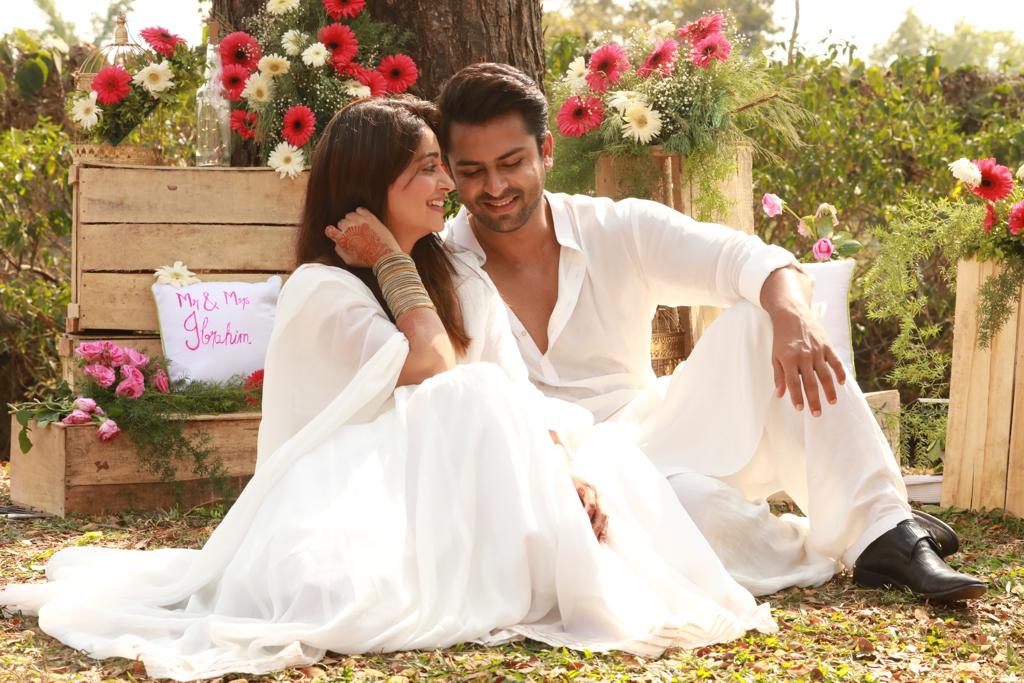 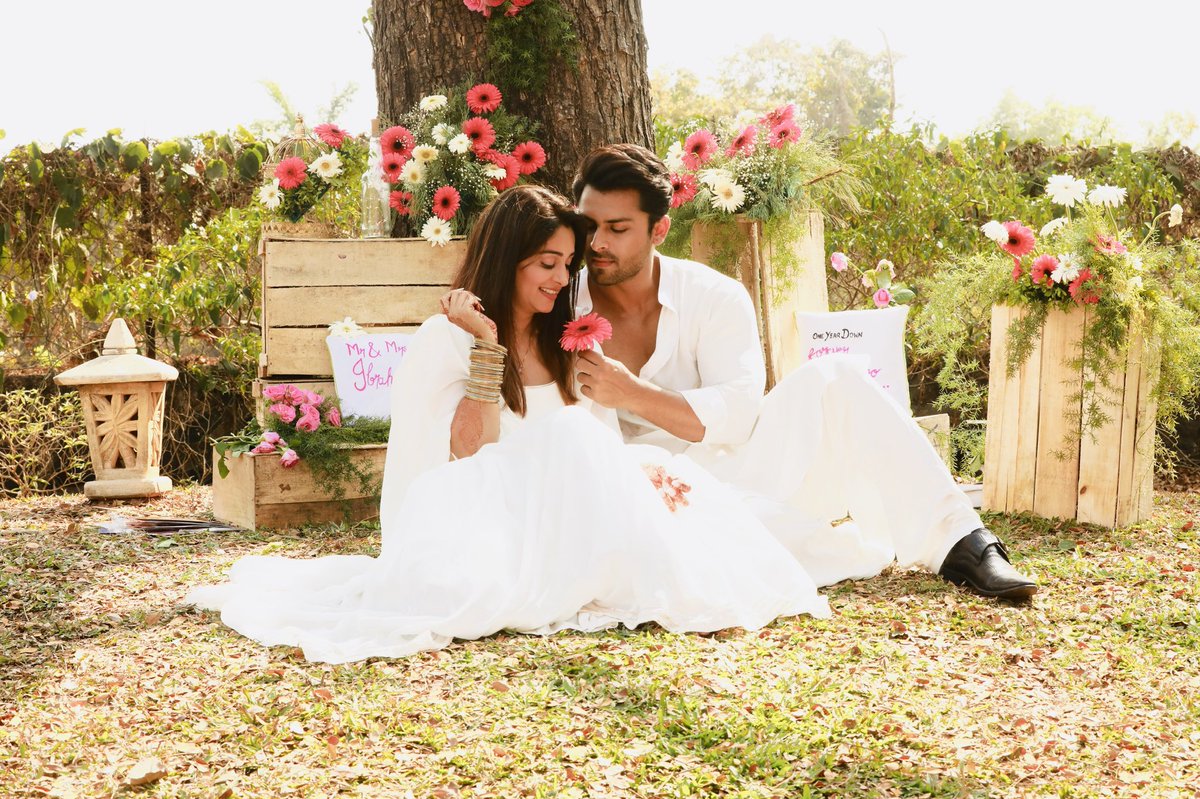 On their second anniversary, Shoaib Ibrahim had posted love-filled pictures with his wife, Dipika Kakar Ibrahim and it had given a perfect glimpse of their beautiful relationship. Expressing what Dipika means to him and wishing a lifelong togetherness for themself, Shoaib had written, “May Allah blesses us with happiness & peace like He has always done, and a long life of togetherness. Baaki ye to tum jaanti hi ho that I Love You bahut zyadaaaa... #happyanniversary.” 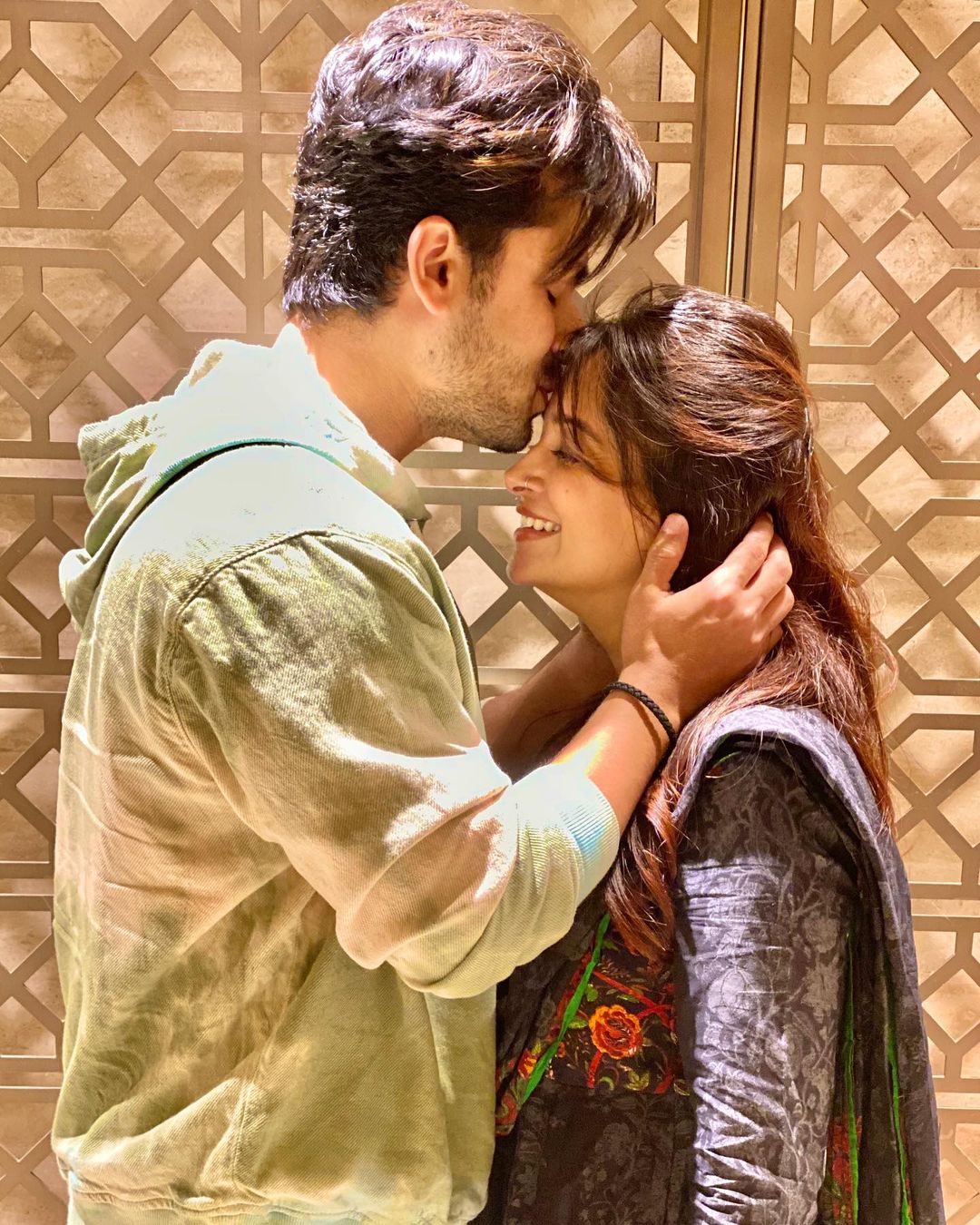 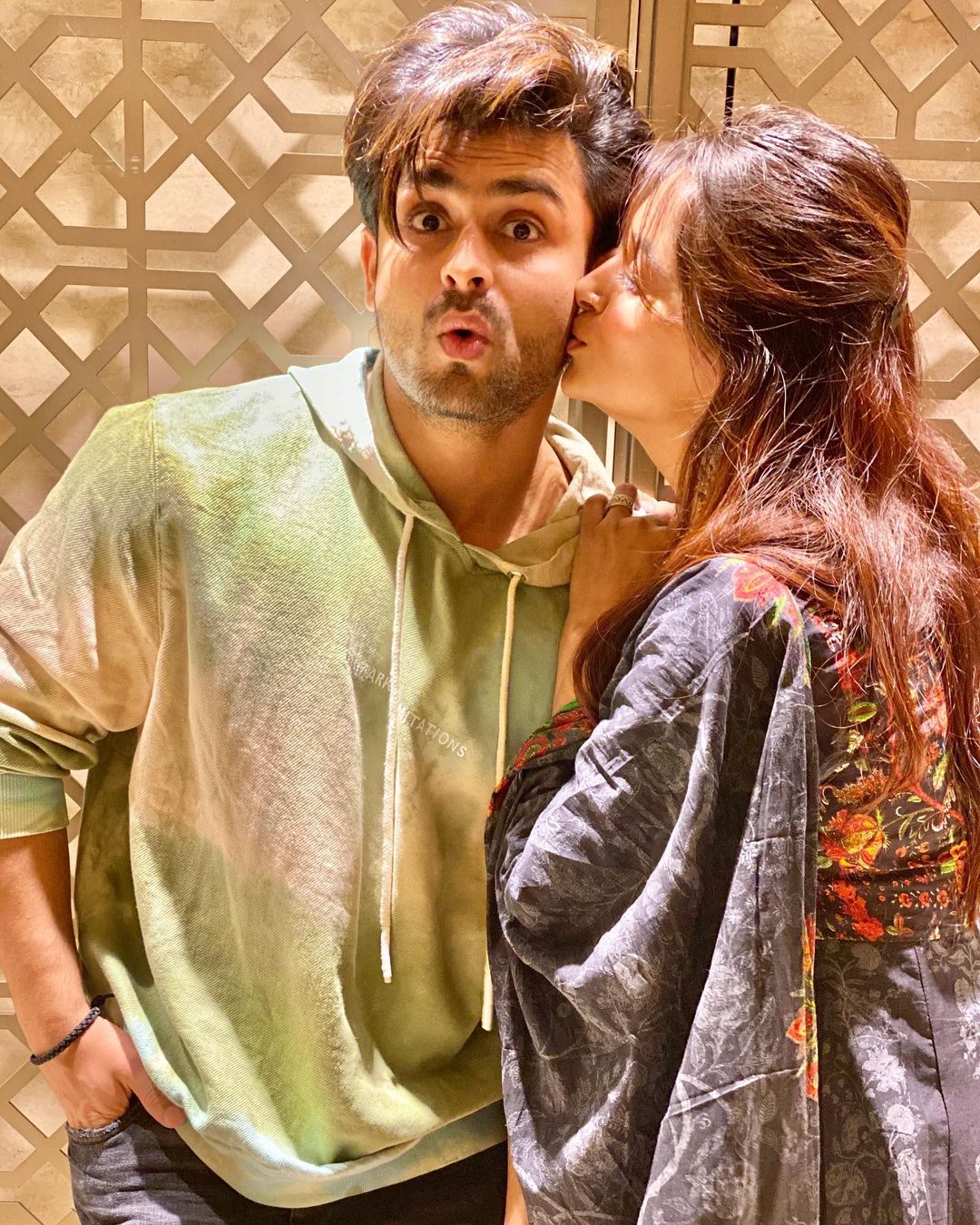 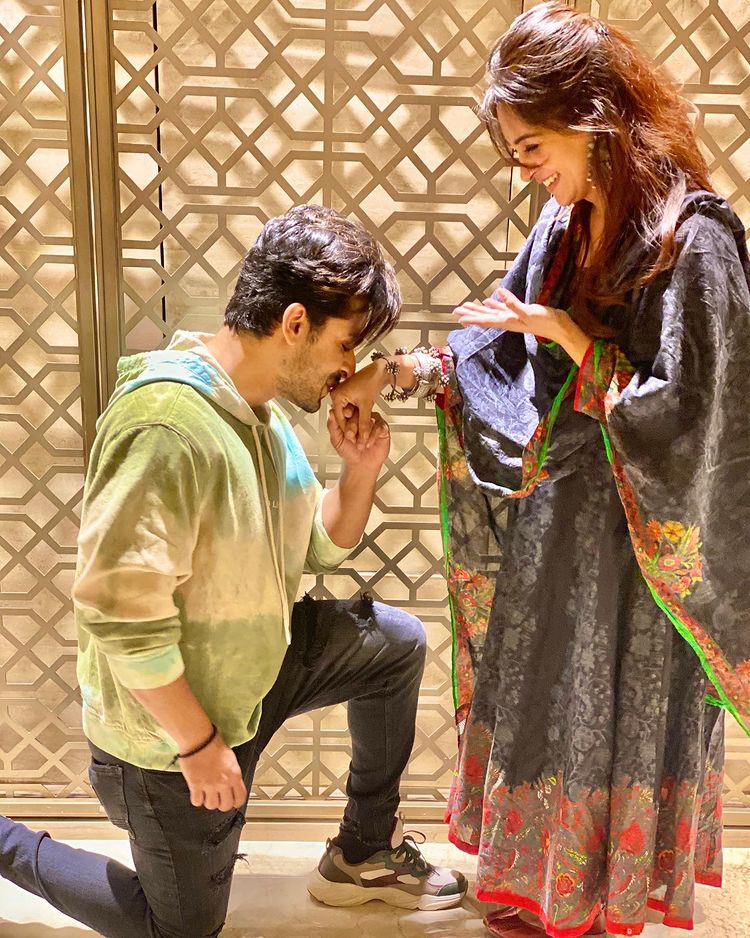 Dipika Kakar Ibrahim and Shoaib Ibrahim believe in expressing themselves, what they feel and leave no stone unturned in making each other feel special, not just on birthdays but regular days too. Dipika and Shoaib’s social media handles speak volumes of the love and admiration they have for each other and their families. Last year in June, Shoaib’s sister, Saba Ibrahim, who is equally special to her bhabhi, Dipika and shares a sisterly-bond with her, had posted a video on her YouTube channel, in which the couple had answered their fans’ questions. Shoaib had reacted to being trolled and attacked for his wife, Dipika's stint in the Bigg Boss and the couple had requested everyone to not spread negativity on social media and stopping targeting celebs with mean comments. Dipika had thrown some light on her relationship with her in-laws, their relationship with their parents, the most emotional and happy news of their lives, the secret of a happy family and what love means to them. (Also Read: Asin Thottumkal's Hubby, Rahul Sharma Wonders 'Kaise Mujhe Tum Mil Gayi' In An Unseen Wedding Photo) 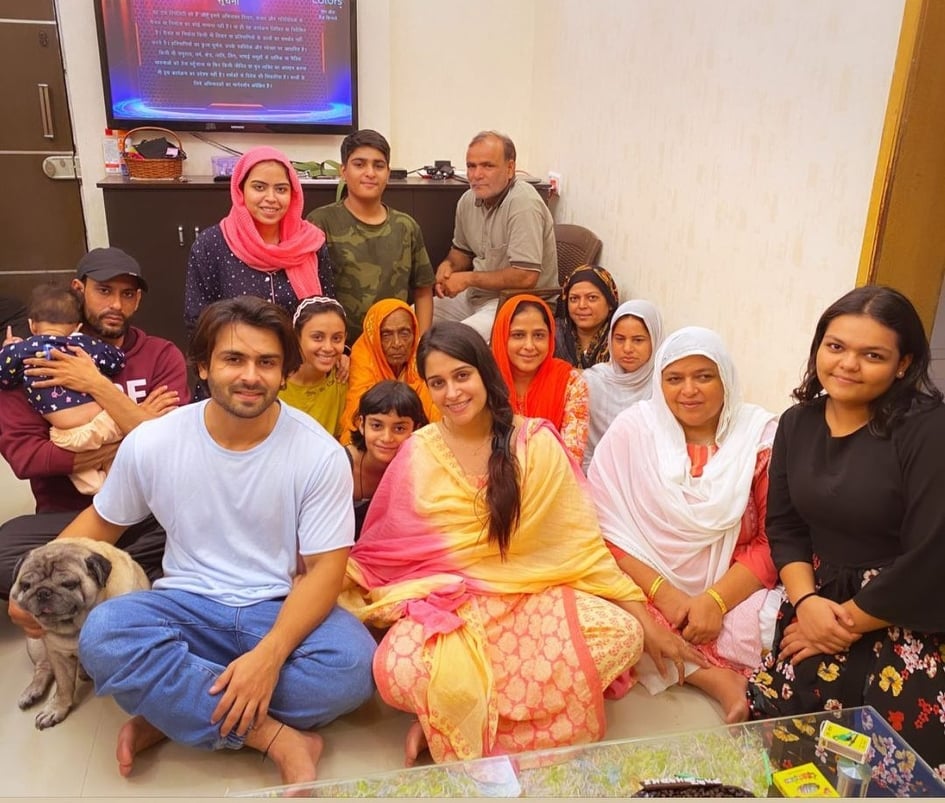