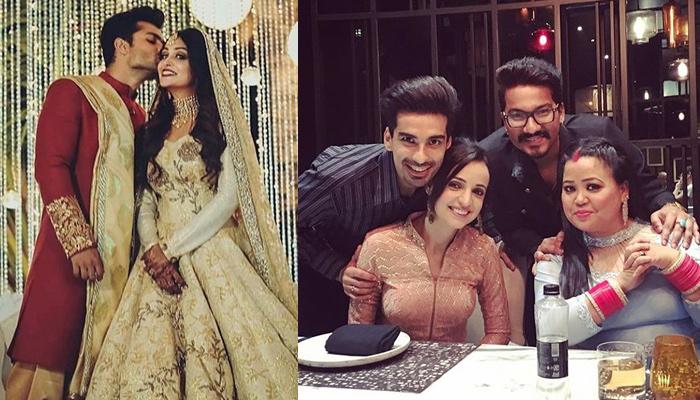 After intimate pre-wedding functions, Sasural Simar Ka couple, Dipika Kakar and Shoaib Ibrahim tied the knot on February 22, 2018. Shoaib and Dipika said Qubool Hai in the nikah ceremony in Maudaha, a village in Uttar Pradesh, which is also Shoaib’s hometown.

The lovebirds kicked off the last function of their wedding ceremonies with a star-studded Mumbai reception on February 26, 2018. The reception took place at Sea Princess hotel, Mumbai and was attended by Dipika and Shoaib’s friends from the industry. While Dipika looked exquisite in a golden full sleeved lehenga with a matching veil, complementing her to the best was her husband Shoaib in a red and gold sherwani with a golden shawl. 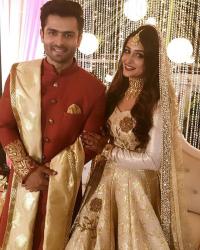 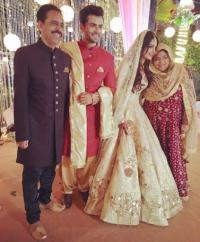 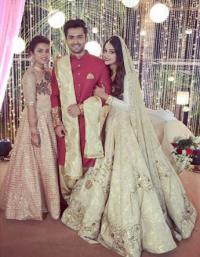 Sharad Kelkar and Keerti Kelkar, Gurmeet Choudhary and Debina Bonnerjee, Ratan Raajputh, Kajol Srivatsava, Jyotsna Chandola, Arti Singh, Pankaj Dheer along with the couple’s Nach Baliye co-contestants Sanaya Irani and Mohit Sehgal, and newly-weds Bharti Singh and Haarsh Limbachiyaa, graced the ceremony. In a video that is circulated online with the couple’s wedding hashtags, #dodilmilrahehain and #dodilmilgaye, Shoaib is seen enjoying playing the dhol, while Dipika is consciously dancing to its beats. The newly-wedded bride made sure she doesn’t spoil her outfit. 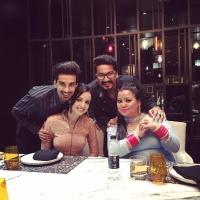 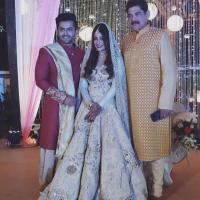 After the couple was pronounced as husband and wife, nayi bahu was welcomed in her sasural in an awe-inspiring manner. With the path decorated with rose petals, the sound of dhol and cheers from their relatives and friends, what else could be a better way to welcome the nayi dulhan! Even in the ring finding ritual, in which the ring is immersed in the milk with rose petals in it, Dipika won by finding the ring. Which means that the queen will reign her king for the rest of the lifetime! 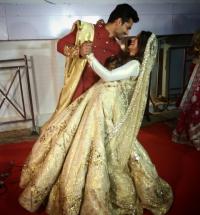 There were mixed rumours about Dipika changing her religion to marry the love of her life, Shoaib. As per some reports, the wedding card that got distributed in the village referred to bride Dipika as Faiza and groom Shoaib. But a source close to the couple had said in an interview that Dipika will only change her surname post marriage to Dipika Ibrahim. The source was quoted as saying, “She has not converted her religion. Her name is Dipika Kakar only. She will change it to Dipika Ibrahim. I spoke to them personally. They have used Faiza only for the invitation cards.” 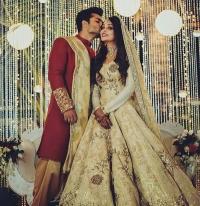 Shoaib shared a picture of Dipika flaunting her kalire, on his official Instagram handle, and captioned it, “I fell in love with you not for how you look, just for who you are. (Although you are the prettiest)”. The couple has also released a video of their preparation for the reception invites. Shoaib acknowledged the team of Puneet Gupta Invitations, and said, “Shadi se zyada uski tayyariyan mayne rakhti hain...have a look at our preparation for the invites!! Thank you @puneetguptaofficial @puneet_gupta_invitations for this lovely creation.” 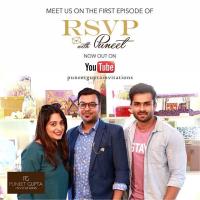 Dipika Kakar and Shoaib Ibrahim look so perfect together. Wishing them a very happy married life!