Tiger Shroff's Transformation, From 'Heropanti' To Now, Is Such That He Is Almost Unrecognisable

Tiger Shroff's Transformation, From 'Heropanti' To Now, Is Such That He Is Almost Unrecognisable 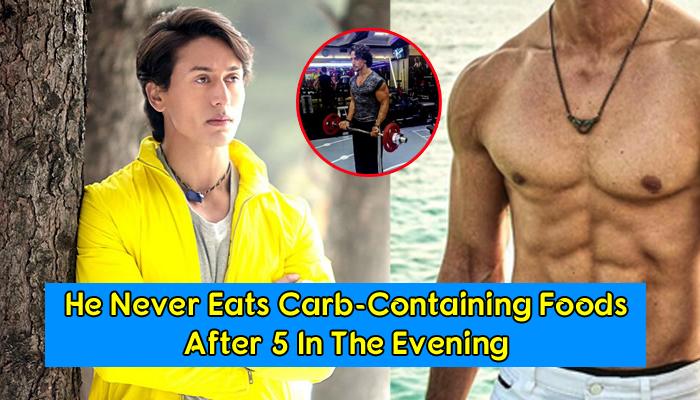 Ever since this young star kid hit the silver screen with his debut film Heropanti, he has wowed us with his awesome dancing skills, terrifying stunts and superbly chiselled body. Tiger Shroff's uniqueness lies in the fact that he not only has a great physique but also looks very fit and strong like a warrior prince. The litheness with which he performs all his stunts, makes the mid-air splits, punches, backflips and kicks look super-cool and super-easy.

You May Like: 5 Awesome Fitness Tips From Ranbir Kapoor That Can Get You A Drool-Worthy Body Like Him

Now, that he has established a good career for himself in the industry, and with two upcoming films, Baaghi 2 and Student Of The Year 2, both sequels to their respective original hits, we thought to bring to you Tiger Shroff's fitness mantra, his diet and routine. So, let us find out what is the secret behind this super-hot body of Tiger Shroff.

Tiger’s love for fitness started at a very tender age when he was just fifteen years old. At that age, he was embarrassed by his 5 feet 3 inches stature and bony physique and wanted to improve his vital stats. His concern led him to pour over men’s health magazines from where he discovered all about strength training and joined a gym. Under the guidance of a trainer at the fitness centre, he started weight lifting workouts that were appropriate for his age.

Also Read: Virat Kohli's Fitness Routine And Full Diet Plan, And This Is What He Would Eat As His Cheat Meal

As a result of his training, he took his first step towards developing a strong and muscular body.

Tiger Shroff is a hardcore fitness enthusiast and there is not a day when he does not hit the gym. He takes his body quite seriously and works very hard to maintain his chiselled physique. Bestselling author, Chetan Bhagat once tweeted a picture of him with Tiger saying:

“Do NOT work out next to this guy, he will only give you a complex!”

Don't Miss: 6 Fun And Energetic Exercises You Will Love To Do Everyday

Possessor of perfect six-pack abs, the guy believes in keeping his body fat percentage low and for that, he relies heavily on strength training. His workout consists of practising gymnastics, martial arts, push-ups, high kicks and punches. He even does a lot of cardio to work on his agility and endurance level. While working out, he focuses on different parts of his body each day for a holistic fitness.

Tiger Shroff’s love for adrenaline pumping activities is quite evident from his choice of sports. In an interview, he once said that he wanted to be an athlete, but owing to its low prospects in India he took up acting. Tiger loves playing football and is also trained in martial arts and a great admirer of Bruce Lee and Jackie Chan. Apart from that, he is also a great supporter of the highly challenging exercise parkour and free running.

You May Like: Revealing The Weight Loss Secrets Of Sonam Kapoor

And his love for high-intensity activities does not end here, the young star is also a great dancer. Don’t believe us, check out what the dancing superstar Hrithik Roshan had to say about him on his tribute to Michael Jackson:

All about Tiger’s diet

Being in the entertainment industry, an actor always needs to look as part of a convincing performance. Like for his superhero flick, A Flying Jatt, Tiger Shroff underwent a very strict diet plan to attain a superhero physique. But, even on his usual days, when he is not training his body for a specific role, Tiger Shroff likes to keep himself on track with a healthy diet.

Also Read: Bhumi Pednekar Reveals Her Secrets And Tells How She Lost 32 Kilos Within A Few Months

Thanks to healthy eating habits from a very young age, the actor never gravitates towards junk foods like many young men and women of his age. Foods that contain high amounts of unhealthy carbs in them like sugared drinks, burgers and pizzas are a strict no-no for him. And that’s not all, Tiger even sticks to his rule of no carb-containing food after five in the evening. But, that does not mean he does not allow himself a cheat day every week to relish the food that he loves. And you would be amazed to know that like most of us mortal beings, he has a sweet tooth and treats himself to waffles, pancakes, ice creams, burgers, nutella, cookies and more on his cheat days!

Despite having the means to a lavish lifestyle, this star kid leads a very self-disciplined life. If it was not for his self-discipline, he would not have had such an enviable fitness level. He is never seen partying around the town late at night or found drinking or smoking in a corner. To maintain a healthy lifestyle he sleeps early, by 10:30-11 p.m., and gets up early in the morning.

He might sound like an uptight person, but when one’s dream is to achieve such high levels of fitness and perfection, he has to work hard.

If you too feel inspired by looking at Tiger Shroff's dedication towards his fitness regime, then get set on the treadmill and start working out on now!

Next Read: For His Role In 'Padmavati', This Is The Fitness And Diet Regime That Ranveer Singh Followed