The He-Man of the Hindi film industry, Dharmendra and his son, Sunny Deol, cooking food together in this throwback picture is pure father-son goals. Details inside!

There's no doubt that the Deols have ruled the Bollywood industry in different eras, and talking about the future, the responsibility of taking their legacy forward is now on the shoulders of Sunny Deol's son, Karan Deol. The youngster had already made his debut with the film, Pal Pal Dil Ke Paas, directed by his father, Sunny Deol.

Like any other family, the Deols also share a close-knit bond within the family. Much of its credit goes to the family's head, Dharmendra and his elder son, Sunny Deol, who never miss a chance to bring the whole family together on important occasions. However, there's no doubt that Dharmendra and Sunny share a beautiful bond with each other and time and again, we have seen throwback pictures and clips that showcase the initial building blocks of their concrete bond. Once again, a rare picture of Dharmendra and Sunny cooking some delicacy together is doing the rounds on the internet, leaving everyone in awe of this father-son duo.

Recommended Read: When Shah Rukh Khan Wanted His Son, Aryan Khan To Become A 'Spoilt Brat' And Run After Girls 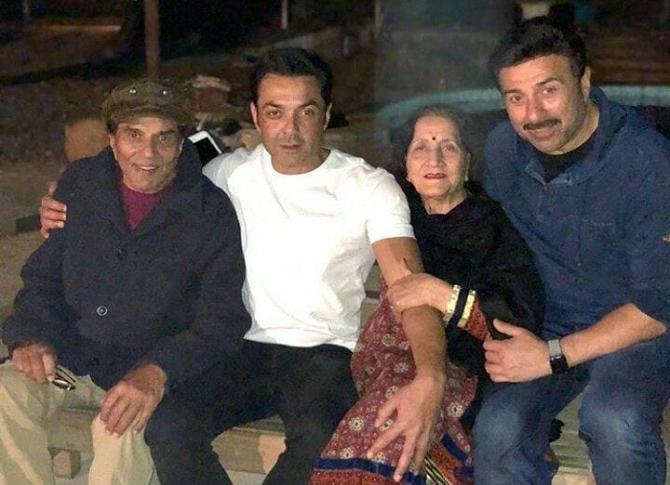 Recently we stumbled upon a priceless picture of Sholay actor, Dharmendra cooking food with his young son, Sunny Deol, from the year 1965 in a picturesque location that exhibits pure father-son camping goals. While a young Dharmendra looked handsome in the picture, his son, Sunny, almost looked unrecognisable as a child. The doting father can be seen cooking something on a stove, while his son can be seen holding a bucket and gazing towards the delicacy getting prepared in a cooking pot. The throwback pictures bring back all the happy memories of Sunny's memorable time spent with his superstar father, Dharmendra and share some light on the bond two share with each other. 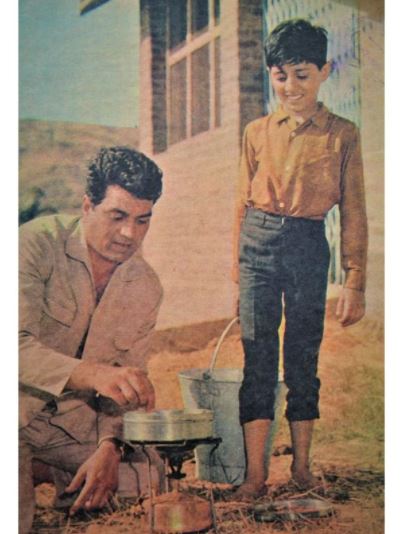 This isn't the first time when Dharmendra and his son, Sunny Deol, have left the internet in meltdown with their priceless throwback pictures. A few months back, while scrolling through our social media handle, we got hold of Sunny's unseen childhood picture with his father, Dharmendra and that had proved that he wasn't an angry young man in real life. In the monochrome picture, we could see Sunny Deol sitting on his father's lap, Dharmendra, who could be seen hugging him and trying to make him laugh with one hand on his chin. Sunny could be seen smiling with his eyes closed on the fun gesture of his father. Sunny Deol has always considered his father, Dharmendra, as his happiness which could be seen clearly on his IG handle. On April 23, 2020, Sunny Deol had taken to his Instagram handle and had posted a beautiful throwback picture from his childhood days. In the picture, we could see him holding a pillow as the little Sunny had directed his pillow playfully towards his sister and father, Dharmendra in the picture. 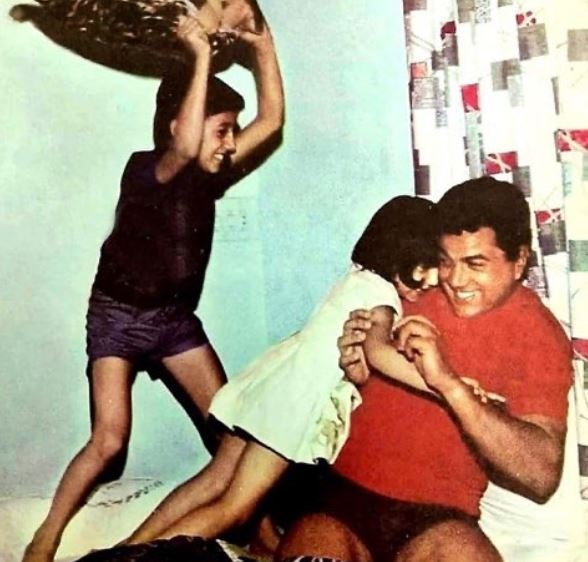 The adorable family picture had gone viral over social media as some had praised the bond of the doting father, Dharmendra, with his kids, while others had a hilarious take on the same, as some had stated that who would've thought that one day this little kid will have a hand pump in his hand instead of this pillow. However, along with the adorable photo, Sunny had written a simple caption that could be read as "Flashback Dad my sister and me #life." 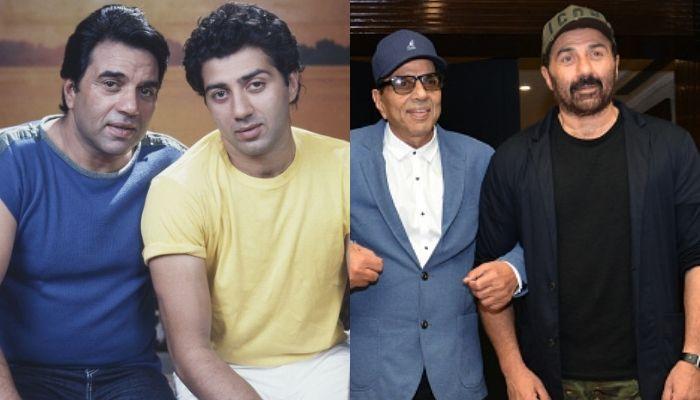 On the professional front, Dharmendra and Sunny Deol will begin shooting for their film, Apne 2, next year in 2022.