Popular Indian actor, Dhanush is a four-time National Award Winner and is also one of the most bankable stars of the showbiz world. Let's take a look at his luxurious garage!

Born on July 28, 1982, as Venkatesh Prabhu Kasthuri Raja, aka Dhanush, to his director-father, Kasthuri Raja and mother, Vijayalakshmi. No one in their wildest dream would've imagined that one day he would redefine the whole definition of a 'Hero' in Indian cinema. Apart from his success in South Indian cinema, Dhanush had once again made the Hindi film industry fall in love with him, after giving a phenomenal performance as 'Vishnu' in the film, Atrangi Re. The actor had overshadowed his co-stars, Sara Ali Khan and Akshay Kumar, as his partnership with the film's director, Aanand L. Rai had turned out to be a hit once again, after the success of their iconic film, Raanjhaana.

After starring in over 44 films, grabbing four National Awards, turning the YouTube records upside down with his songs, 'Kolaveri Di' and 'Rowdy Baby', Dhanush has cemented his status as one of the biggest superstars of this generation. The Raanjhanaa actor has also impressed people overseas with his acting skills. As Dhanush has been cast in a high-budget film by the Avengers director-duo, The Russo Brothers in their film, The Gray Man, which will mark his Hollywood debut alongside, Ryan Reynolds and Chris Evans. Dhanush had made his acting debut with the film, Thulluvadho Ilamai, directed by his father, Kasthuri Raja, and the audience was left mesmerised by his acting skills. However, it was Dhanush's second film, Kadhal Kondein, that had brought him immense fame and much-needed recognition. Since then, there was no turning back for the actor. Some of his notable film are Yaaradi Nee Mohini, Aadukalam, Maryan, Anegan, Vada Chennai, Asuran, Veliilla Pattadhari, Pudhupettai, Karnan, Raanjhanaa, and of course, Atrangi Re. 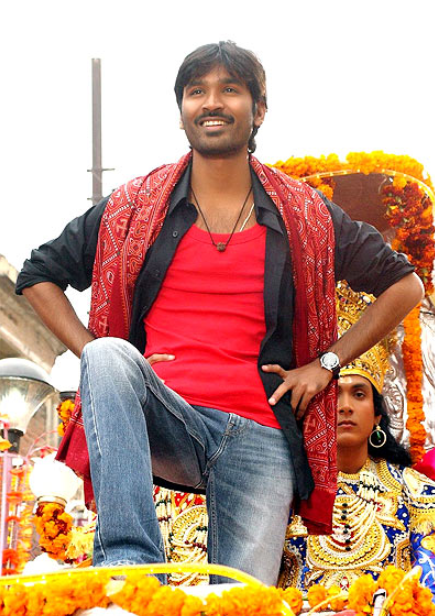 Talking about Dhanush's personal life, he was married to legendary actor, Rajinikanth's daughter, Aishwarya. The couple had got married on November 18, 2004, in a beautiful wedding ceremony. On October 10, 2006, Dhanush and Aishwarya had welcomed their first son, Yatra Raja, and on June 21, 2010, they had welcomed their second son, Linga Raja. 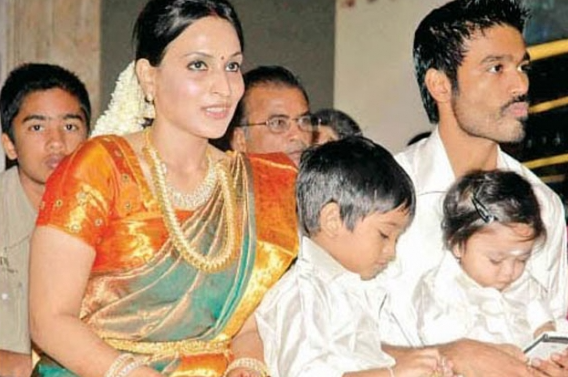 On January 17, 2022, Aishwaryaa had taken to her Instagram handle and had shared a long note announcing her separation from Dhanush, ending 18 years of married life. Aishwaryaa had bared her heart out on how difficult it was for them in the message. Alongside it, she had written:

"No caption needed…only your understanding n your love necessary!" Apart from his blockbuster films, humble nature, and acting par excellence, Dhanush is also known for his love for luxury cars. Over the years, we have seen the superstar getting papped by the media in his swanky cars. So without any further ado, let's dig into Dhanush's luxurious garage! 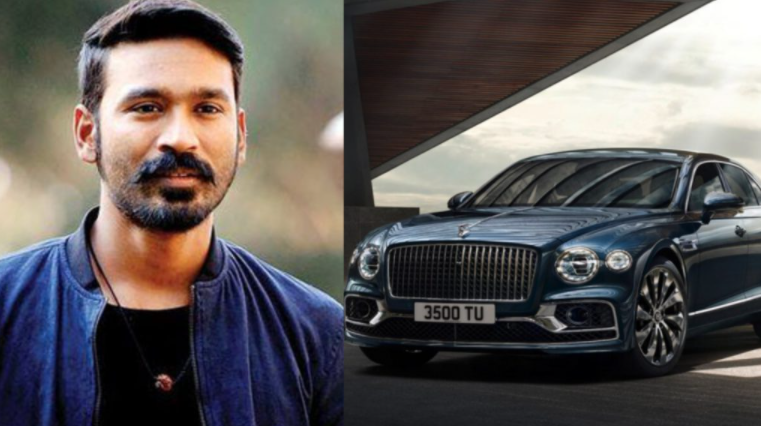 Another luxurious car in Dhanush's high-priced car collection is a black Rolls Royce Ghost. It is the most expensive car owned by Dhanush, and the justification for its unreal price tag is hidden inside the technical side of this luxurious car. So, Rolls Royce Ghost has a 6.6-litre twin-turbo V12 petrol engine that manages to power the giant car with a maximum power of 562 bhp and peak torque of 780 Nm quite easily. 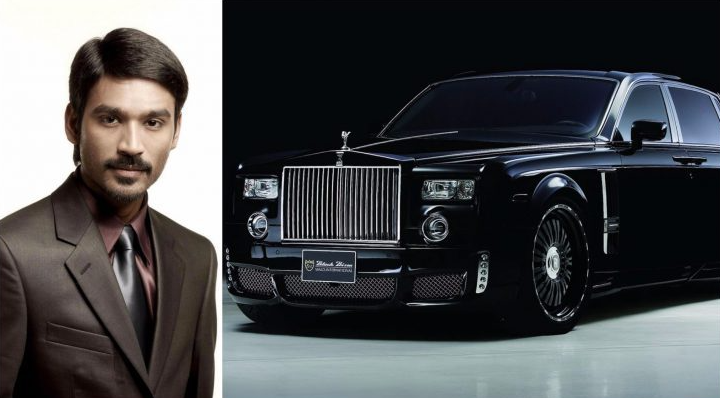 The engine is powered by an 8-speed automatic transmission that simply makes this car an unstoppable one. All these stellar features and specifications speak everything about this giant high-priced car. Talking about the price of Dhanush's Rolls Royce Ghost, then it costs him Rs. 7 crores. Yes! You read that amount right! 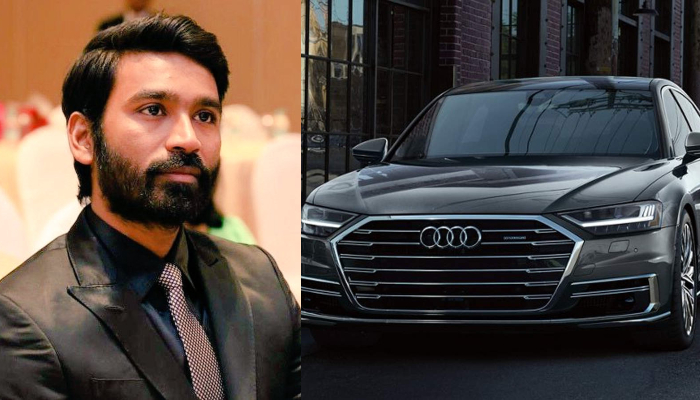 Like most car fanatics across the world, Dhanush is also madly in love with Audi and has one of the best models of the German automotive giants in his luxury car collection. It was in July 2017 when Audi India had launched the fourth-gen A8 in India. Dhanush had wasted no time in grabbing one to enhance his high-priced garage. The luxury 5-seater car is equipped with a powerful 3.0-litre turbocharged V6 engine. With a horsepower of 250 kW and a fuel tank capacity of 82 L, it is one of the most loved Audi models in the market. Dhanush's Audi A8's estimated price is around Rs. 1.57 crores.

You May Like This: 'RRR' Actor Jr NTR Buys Lamborghini Urus Graphite Capsule, First Indian To Buy This Car Worth Crores 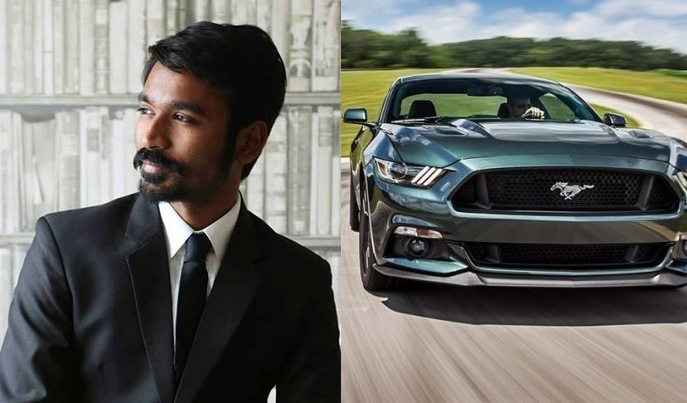 There's no denying the fact that Dhanush's love for versatility isn't restricted to his movie choices only, as it is quite evident in his car collection. The South Indian actor is one of the few celebrities who have acquired such a wide range of luxury cars, as he also owns the iconic Ford Mustang GT. The actor had purchased it at a price tag of Rs. 75 lakhs. 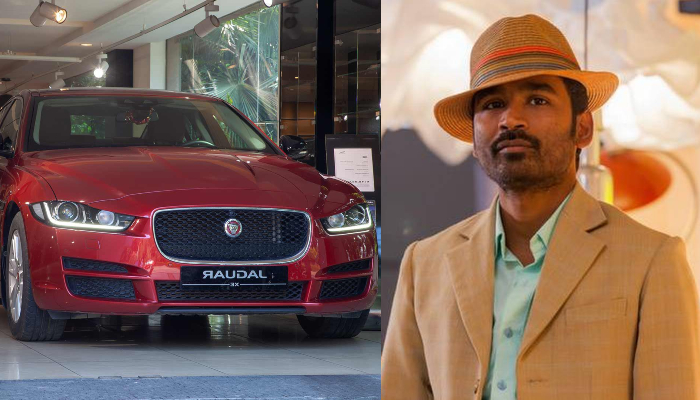 Although it's the last piece of luxury in Dhanush's car collection, it's hard not to fall in love with this one, as it is the jaw-dropping 5-seater sedan, Jaguar XE. It is one of the most advanced, redefined, and efficient models that the luxury British automotive company has ever made. Also, its agile drive and breathtaking dynamic design is the epitome of grace with the touch of swag. The estimated price of Dhanush's Jaguar XE is around Rs. 45 lakhs. 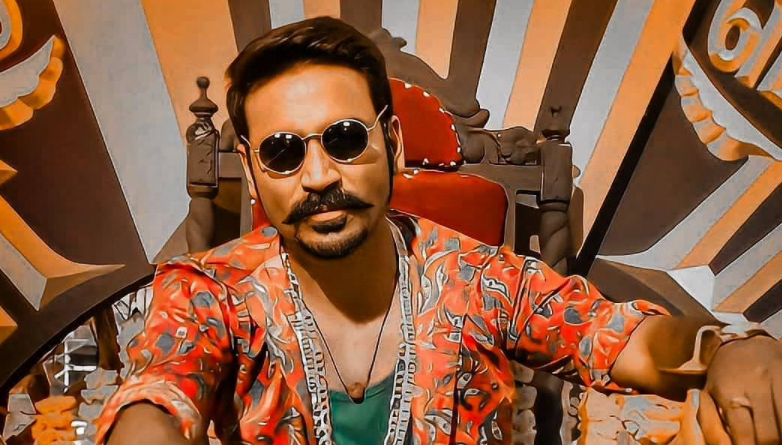 Despite being such an incredibly famous actor, having all these luxurious cars, and many other super-expensive materialistic things in his life, Dhanush is still one of the most humble actors in Indian cinema. This clearly justifies the huge respect and love he receives from his massive fanbase across India!