'Diya Aur Baati Hum' had aired from 2011- 2016 and it was on the very sets of the show that Deepika Singh Goyal and Raj Singh Goyal had started dating. But there's a secret. Find out! 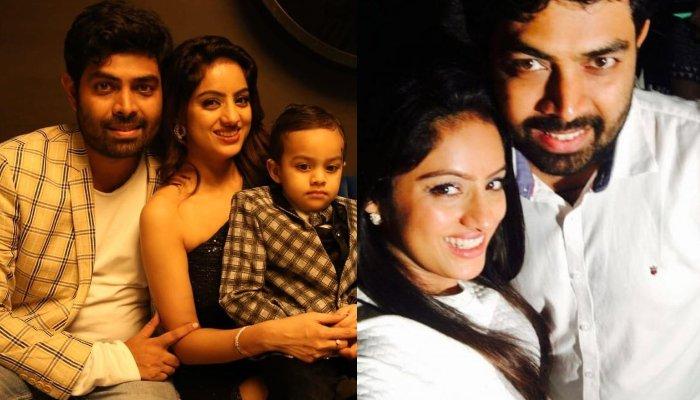 In this world of web series and digitalisation, gone are the days when the entire family would sit together and wait for commercials so that they can do their unfinished business, with someone kept on the watch! As soon as the show resumed post-break with its signature tune, the person kept on watch would call out to you loud and you would return back jumping, lest you miss a scene when the dead brother rose from his own ashes like a phoenix! As nostalgic as you might get, admit it or not, it was all due to the characters played by the actors. And one such actress whose performance still remains intact in front of us even after three years of her debut show, Diya Aur Baati Hum's last telecast is the show's lead, Deepika Singh. (Do Read: Erica Jennifer Fernandes Ignores Her Rumoured Beau, Parth Samthaan At 'Mission Over Mars' Screening)

Diya Aur Baati Hum had aired from 2011- 2016 on Star Plus and how we had eagerly waited to know what's in store for the protagonists! We had really loved watching the aspiring Sandhya a.k.a., Deepika Singh in her debut television show which had made it one of the highest TRP grossing telly shows. While on the sets of the very same daily soap, Deepika had fallen in love with her show’s director, Rohit Raj Goyal and the duo, in the year 2014, had entered the bond of holy matrimony. It was 3 years later, on May 20, 2017, when Deepika and Raj became proud parents to an adorable baby boy, whom they lovingly named, Soham. 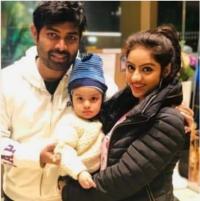 It was on September 10, 2016, when Diya Aur Baati Hum had aired its last episode and for the same, an all-nostalgic Deepika Singh Goyal wrote a nostalgic note and revealed a secret. The same could be read as “10th September 2016 was the last telecast of #Dabh on @starplus. It’s been 3 years but your love towards #DABH is the same & I think it’s ever-increasing. I’m so fortunate that I got a chance to become Shashi mam’s & Seema ji’s #Sandhya @shashisumeet. Thank you @anasrashid for being such a nice co-actor , D.O.P @sudeshkotian & @sunilvish12. Thank you to all my fans & @pritha for posting & remembering this day. P.S This scene is directed by my husband @rohitraj.goyal. We were in an affair that time but nobody was aware about this on set. But now I can proudly tell.”

Isn’t that amazing? Time and again in interviews, Deepika Singh Goyal praises her hubby, Raj Singh Goyal. In an interaction, she had shared, "He has taught me everything. Till now, whatever I have learnt is all because of Rohit. He has moulded me into an actress. I can trust him blindly. We are on set for almost 12-18 hours. We know everything about each other’s likes and dislikes. So, I am sure he is the right person for me." Speaking about how her life had changed post-marriage then, the now 30-year-old had added, “Life shaadi ke baad actually kafi relaxed ho gayi hai. Kyunki ab koi tension nahi hai of refusing to go on a date or a break-up. Har insaan chahta hai ki uski personal life best ho. And mine is at present." (Must Read: Kriti Sanon Would 'Love To Fall In Love', Reveals If She Would Marry Someone From Bollywood) 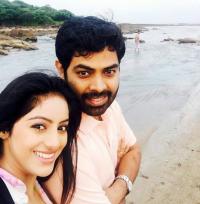 Deepika Singh Goyal, in an interview with The Times of India, had talked about her comeback and the support of her husband, Rohit Raj Goyal. She had shared, “Rohit has always been supportive. He has taken a break from work right now so that I can concentrate on my new show. Our son, Soham, is almost one now. I am blessed to have a husband and family that motivate me to pursue my dreams. They are my constant pillars of strength.” 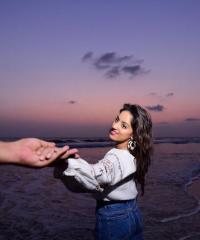 Deepika Singh Goyal is now back to work, fitter than before and is currently seen in Colors’, Kavach 2. In an earlier interview, Deepika had shared her plans on going back to work as it was almost half-a-year that we had been missing the star mommy on our telly screens. To this, she had shared, “Like every mother, I love my child but I am also passionate about acting. I have always been a working woman and I have a support system at home as my mother-in-law is a big help. She takes care of Soham when I go to workout or step out of the house for any errand. I don’t have to worry about nannies or help which is a boon. That is another reason why I have decided to get back to work. Once I start meeting people, let’s see what offers come my way. One might get lucky and get a good show quickly or you may have to wait for a while. I have just made up my mind about acting soon but not approached anyone yet.” 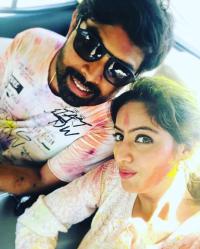 Deepika Singh Goyal had also applauded the support of her director hubby, Rohit Raj Goyal and had shared, “For me, the last few months have been tough. But the best part is that Rohit has taken a break from his shoot and is taking care of me. So, because of him, things have become a bit easier for me. Also, I stay in a joint family, so there are other family members to take care of me too. Because of them, this phase has turned into a beautiful experience." When she was asked how has her life been after embracing motherhood, Deepika had retorted, “Motherhood has taught me to go with the flow and never plan things. I have stopped making plans. I enjoy the present and cherish my time with my son. Becoming a mother is a huge transition in life and having accomplished that, I feel blessed. When he [Soham] smiles, [the] world becomes beautiful and every stress goes away. And when he cries, I just get desperate to calm him down and make him happy. I’m in love with him and I’ve never had this feeling even for Rohit... someone occupies my mind [for all] 24 hours.” (Also Read: Taapsee Pannu Confirms Being In A Relationship, Says Have Kissed Many Frogs Before Meeting Prince) 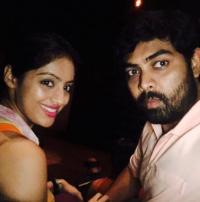 Guys, how did you feel upon knowing this huge secret about Deepika? Keep us posted!