Bollywood actress, Deepika Padukone is missing her sister, Anisha Padukone and shared a picture with her on Instagram with a caption relatable for every sibling out there. Take a look! There are no second thoughts in saying that Deepika Padukone is one of the most talented actresses of Bollywood and is the finest of this generation. But on top of that, she’s an exceptional human being too in terms of her personal life. The actress has suffered and defeated depression in her life and is a source of inspiration for many people and women out there. The actress had addressed her battle against depression in a lot of interviews and media interactions over the years and is still motivating people with her story. However, the biggest pillars of strength for her during that dark phase was her father, Prakash Padukone, mother, Ujjala Padukone and sister, Anisha Padukone. (Recommended Read: Mohena Kumari Singh And Hubby, Suyesh Rawat Bake A Special Cake For 'Bhabhisa' Vasundhra's Birthday)

That is the reason why she never skips a chance to spend some quality time with her family and also shares pictures with them on her social media handle. Recently, the actress posted a picture with her sister, Anisha Padukone with a hilarious, cute, and relatable caption on Instagram. The picture is already getting viral because of the cuteness with which the two sisters are posing for the camera.

On May 14, 2020, Deepika Padukone took to her Instagram handle and picked a picture from her photo gallery with her sister, Anisha Padukone. Just like everyone else, Deepika is also missing her baby sister, Anisha, with whom she shares an incredibly strong bond and cannot wait to meet her once this lockdown is over. Talking about the picture, Deepika is looking gorgeous in her all-white outfit and tied-up hair in a neat bun. On the other side, Anisha is seen wearing a black and white shirt teamed-up with black pants. But the way she’s hugging her elder sister from behind in the photo is too adorable to ignore. Along with the picture, Deepika wrote a caption with which every sibling can relate and it can be read as “I miss you peanut!!!Cannot wait to jump on you and squish you!!! @anishapadukone #siblings.” Take a look. (Don’t Miss: Telegu Actor, Nikhil Siddharth Had A Lockdown Wedding With Pallavi Varma In A Private Ceremony) Over the years, we have seen Deepika and Anisha showering love and respect on each other through their interviews or social media posts. But not a lot of people know that Deepika’s sister, Anisha had played a massive role in her fight against depression, which was truly, a hard time for the talented actress and in an interview with NDTV, she had talked about her fight with depression. Deepika had stated, “If I can impact one life in this entire process of speaking up and letting people know that it's something I have been through and something that I could deal with because I had a fantastic support system.” 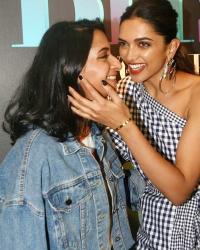 Anisha Padukone had also talked about the time when her elder sister was in the clutches of depression and how scared their whole family was at that time. In an interview with News 18, the professional golfer had revealed “Honestly, it was difficult for me as I had very little idea about mental illness and the role of a caregiver. Coping with mental illness affects both the individuals and members of their immediate family. There was not much information available where I could learn and equip myself to be of help. There were times when I felt helpless. Fortunately for us, my mother noticed something was wrong. We then approached a counsellor, who is also a very close family friend and things worked out.” (Also Read: Sameera Reddy Talks About Rediscovering Herself After Motherhood, Calls Parenting In 2020 Exhausting) 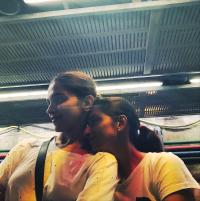 Are you spending time with your siblings or away from them? Let us know!