Deepika Padukone's Sweet Question At An Event About Her Hubby, Ranveer Singh Is Winning Hearts

Deepika Padukone's Sweet Question At An Event About Her Hubby, Ranveer Singh Is Winning Hearts

Deepika Padukone and Ranveer Singh are the most sought after couple of Bollywood. At a recent award function, Deepika who graced a recent event asked a very sweet question to the paparazzi!

Ek Dil Hai, Ek Jaan Hai, Dono Tujhpe, Dono Tujhpe Qurbaan Hai – the diva of Bollywood, Deepika Padukone, who has been ruling the hearts of millions, broke many hearts when she had decided to tie the knot with the love of her life Ranveer Singh. Ever since the two first appeared in the movie, Goliyon Ki Raasleela Ram - Leela, there were rumours about a possible spark between the two. While the two kept denying the rumours of dating each other, we prayed the rumours to be true. And it seems that our prayers were answered soon. (Also Read: Asha Bhosle Shares Her Joy On The Return Of Her Sister, Lata Mangeshkar From Hospital After 28 Days)

Deepika Padukone and Ranveer Singh are the most sought after jodi of the glamour world. The duo, who has recently completed one year of the marital bliss had tied the knot on November 14-15 in both Sindhi and Konkani rituals. The much-in-love couple had celebrated their first wedding anniversary by seeking blessings from Tirupati and Golden Temple. It was love at first sight for Ranveer when he met the gorgeousness at the Zee Cine Awards in Macau. But for Deepika, it had started during the shooting of their film, Goliyon Ki Raasleela Ram - Leela. 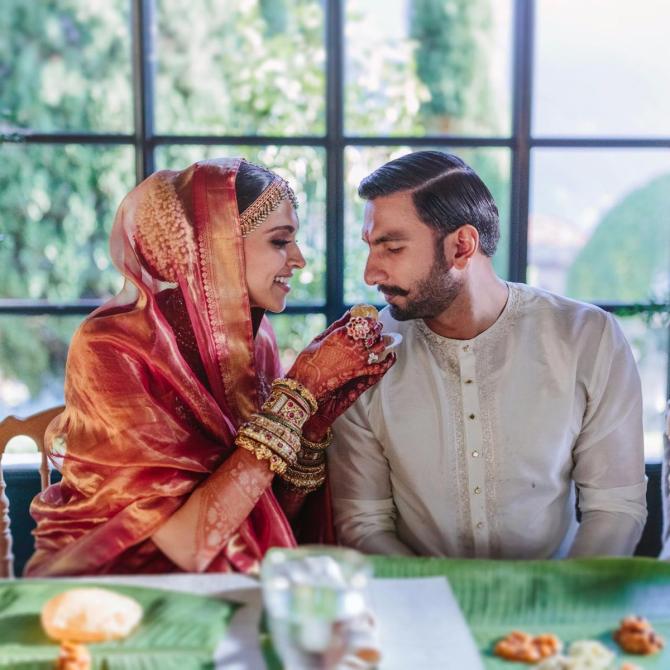 Both Ranveer and Deepika complement each other and their every appearance together is worth watching for. During the recent Star Screen Awards, both Ranveer and Deepika came on separate timings. Deepika graced the event with Meghna Gulzar, the director of her film, Chhapaak, her first question on arrival was “Mere pati aake gaye”? Awww… how adorable? Her question about whether her husband had arrived just made everyone’s day and the internet was flooded with comments on Deepika’s sweet gesture. The media promptly replied to her question and said no, a blushing Deepika was then seen posing with Meghna.

The much-in-love couple had celebrated their first anniversary by visiting the Tirupati temple. Deepika had looked beautiful in a red Kanjeevaram saree with heavy gold jewellery whereas her hubby, Ranveer Singh had looked dapper in a beige bandhgala and a silk angavastram  (red and golden shawl over his shoulder). On the next day, they had paid a holy visit to Amritsar’s Golden Temple. Deepika had looked ethereal in a burgundy salwar with dhoti pants. Ranveer, on the other hand, had donned a floral plum-coloured kurta and a bandhgala jacket over it. (Also Read: Parth Samthaan Pours Kisses To Niece, Rivah, Erica Jennifer Fernandes Too Joins In To Play With Her) In an interview with the Filmfare, Deepika Padukone had poured her heart out and spoke about having a permanent roommate in the form of hubby, Ranveer Singh and had stated, “It’s beautiful living together. I’m sure cynics will say you’ve just gotten married to him, wait for 15 years or 25 years. We’ll figure it out then. For now, it’s the best feeling in the world. I looked forward to living together because I moved out of home at a young age to start working. A lot of my friends used to say we can’t wait to get out of our house. I was the opposite. I got out young. I craved for my family. When we were dating, it was about spending time with his family or going to Bangalore to be with my parents. I’d crave that quality time where you wake up in the morning and have someone to talk to while you’re having breakfast. For the last 15 years, I was alone.” 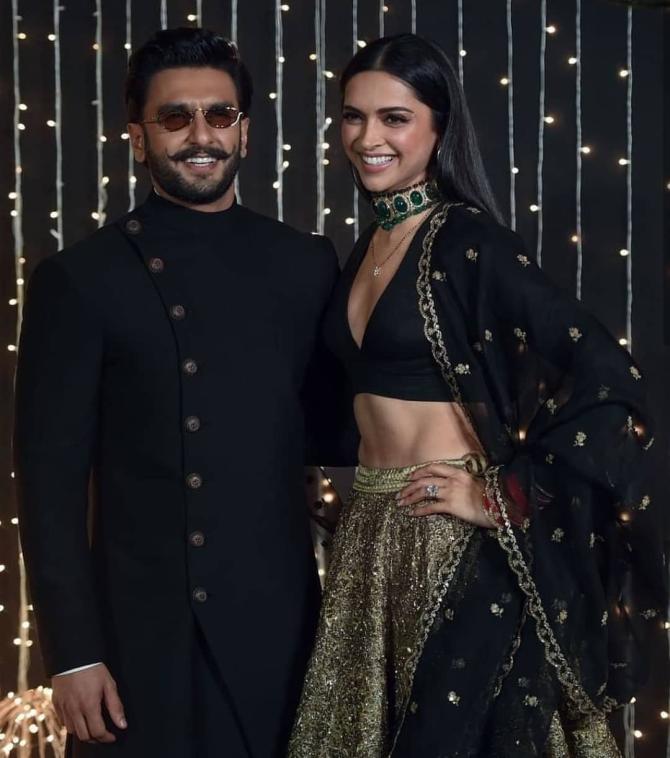 Six months into their courtship, Ranveer was certain that Deepika will be the mother of his children! In an interview with the Filmfare, this is exactly what he had shared. Revealing the same, he had stated, “Six months into the relationship, I knew she was the one. I nurtured the relationship accordingly. It’s been six years now. She’s too good, too lovely. She’s a force of nature. I understood that almost immediately. I’m lucky to have her. I knew all too well that this is the woman I’m going to marry. This is the woman who would become the mother of my children. I’ve been thinking about marriage seriously for almost three years now. I was just waiting, I told her the minute you say so, we’ll do it.” (Also Read: Taimur Ali Khan And Inaaya Naumi Kemmu Have Eyes Only For Grandma, Sharmila Tagore's Birthday Cake) 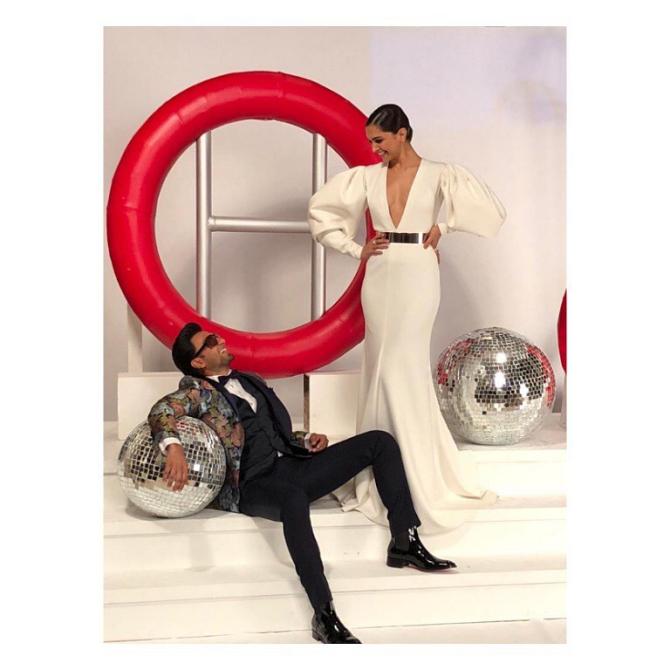 Isn't she sweet? What do you think? Keep us posted. Ranveer Singh and Deepika Padukone are a stunning and much-in-love couple, who continue to inspire millennials with their love and affection for each other. The adorable couple had got married in a dreamy destination wedding in Italy, on November 14, 2018. The two had taken to their social media handles and had