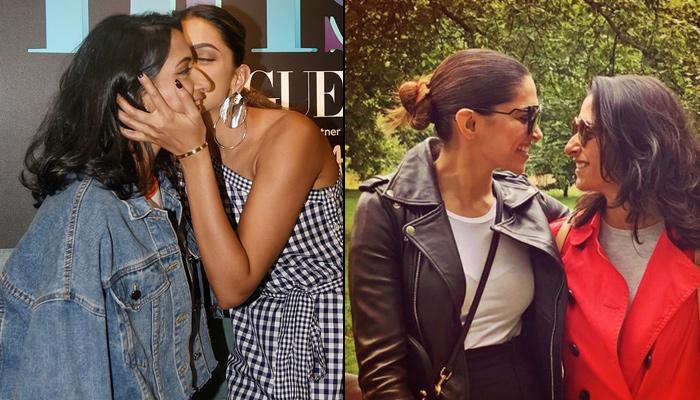 The sibling bond cannot be defined into words. They are your partners-in-crime and your enemy as well as your best friend. Bollywood sibling jodi who perfectly define the sibling bond is none other than the Padmavat actress Deepika Padukone and her golfer sister Anisha Padukone. They are not just sisters but also best friends forever.

On February 3, 2018, it is Deepika’s little sister, Anisha’s birthday. Deepika took to her Instagram handle to wish her in the most hilarious way. She showed us that she’s just like every other elder sister. Deepika posted a picture of them, with the caption, Go smallie. It's your birthday. We gon' party like it's yo birthday (oh sorry! I meant ) @anishapadukone”

Anisha made her debut with Deepika on-screen on Colors Infinity’s BFFs With Vogue, hosted by Neha Dhupia. And trust us, this sibling duo had some really interesting revelations to make on the show. They had a blast on the show, and so did the viewers enjoy seeing their bond. Starting off with introducing each other, Anisha said, “Here’s presenting the most annoying and irritating sibling in the world – Deepika Padukone”. She also revealed that Deepika is very well behaved and when she’s drunk, she is even more poised than she already is. Neha asked both to give a tip that men can use in bed, the Padukone sisters shared a laugh, and Deepika said, “Don’t be selfish”, while Anisha said, “Brush your teeth”. Anisha also recalled the time when Deepika, at the age of 18, moved to Mumbai to make her career, while Anisha was just 12 then. How things started to change between them, and Deepika’s overnight stardom made her uncomfortable because of which she distanced herself from her. But later when she realised that the stardom cannot go and she has to deal with it, the sisters rekindled their relationship.

Anisha never wanted to join Bollywood like her sister, and she cleared that in an interview earlier. She said, “You will not see me in films at all. I want to be a professional golfer. It will only be golf for me.” Talking about the bond with her elder sister, she was quoted as saying, “We have a five-year age gap, so she is both like a friend and a mother to me. She is very protective of me, like a typical big sister. Though we are close, we only get to meet once every two-three months because of our schedules and how much we travel. Though we don't discuss our work much, I'm a big critic when it comes to her films. I watch all of them and from her initial days, I would tell her what I liked and what I didn't. I would tell her, `You could have done this much better' or `I didn't really like that at all'. Of course, all this is from the point of view of an audience member, since I'm no expert on acting or cinema. However, I can be very critical and she always takes that very positively.”

Deepika also shared how they both are different from each other, and remarked, “We made our own career choices because our parents gave us wings to fly. They did not burden us with their expectations. That’s what my grandparents did with my parents. My parents have given us a normal and disciplined childhood without much luxury, like any other middle-class family. My sister and I are different from each other. My parents could see that and encouraged it. I was inclined to the creative world. My sister, on other hand, is extremely calm and intelligent. She has become her own beautiful person today. A large part of my success is because my parents have been so supportive.”

Wishing Padukone sisters all the happiness and success in their future endeavours.