Debina Bonnerjee Is A Proud Mommy As Daughter, Lianna Achieves A Milestone And Starts Self-Feeding

Debina Bonnerjee shared a video of her daughter, Lianna Choudhary, in which she was seen self-feeding. Check out!

Debina Bonnerjee’s daughter, Lianna Choudhary, will turn seven months old on November 3, 2022. And the baby girl has already started self-feeding. It’s a massive milestone for babies as they explore food through their senses of touch, taste, smell and sight. Just when Debina thought that mealtime could not get any messier, Lianna surprised her with her newly-learned art of self-feeding, and the glimpses from the same are too cute to be missed.

Currently, Debina and her hubby, Gurmeet Choudhary, are on cloud nine as they are parents to a baby girl and are also expecting their second child anytime soon. The couple always wanted Lianna to grow up with a sibling, and by God’s grace, their wish is going to be fulfilled soon. 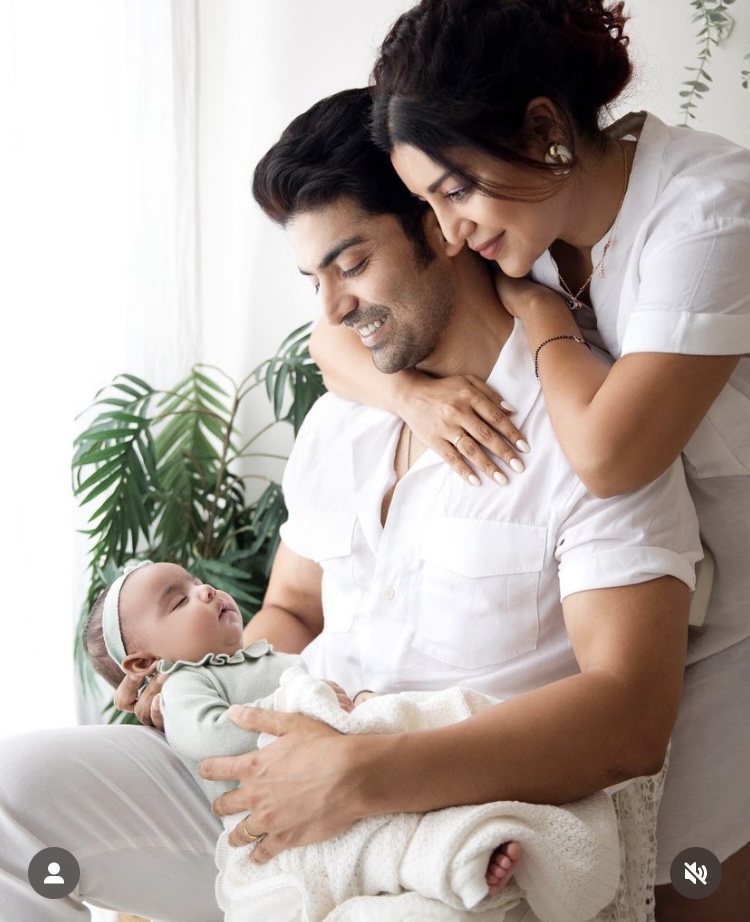 On November 2, 2022, Debina Bonnerjee took to her IG handle and uploaded a story. In the video, we can spot Lianna sitting on a baby chair in a pretty pink dress. The little one looked cute as she was feeding herself a mashed banana. Instead of spoon feeding, Debina opted for the baby-led weaning technique and gave a mashed banana to her princess for self-feeding so that she could learn how to gum, chew and move the food around her mouth. Check out some of the screenshots from the video below: 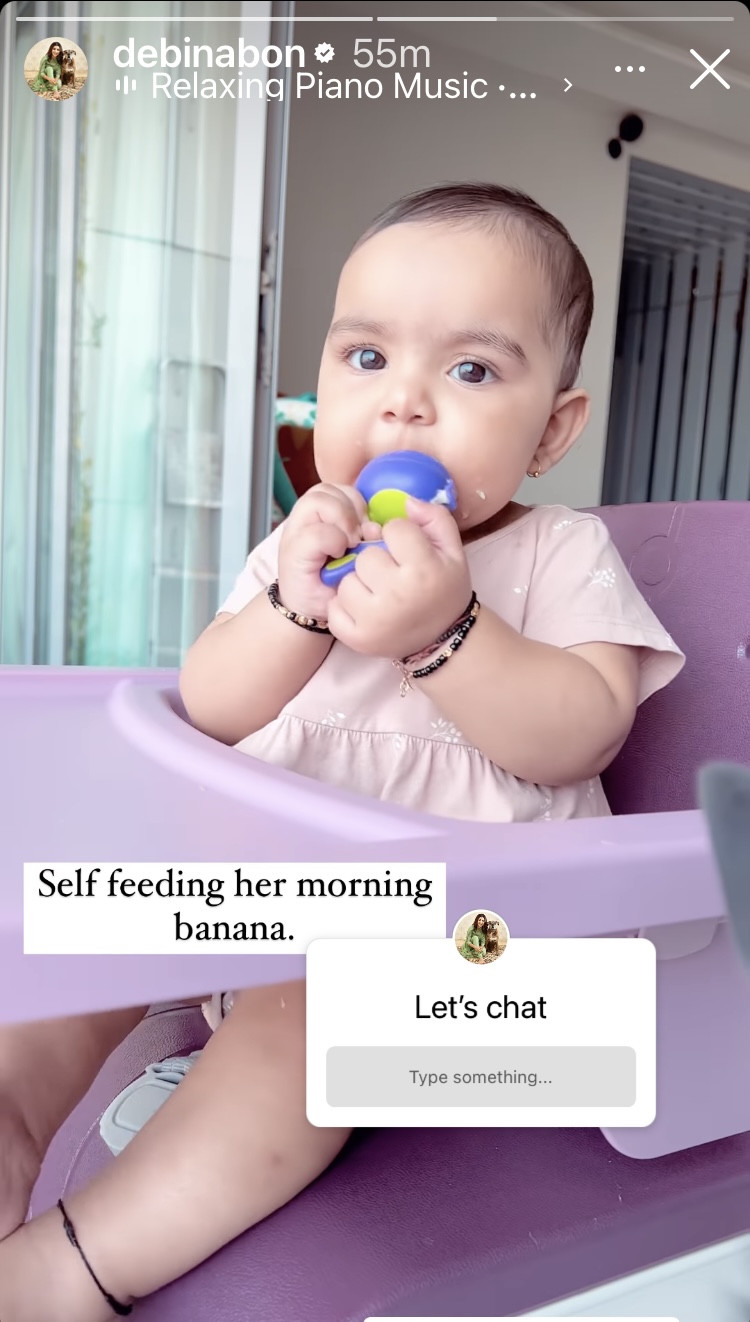 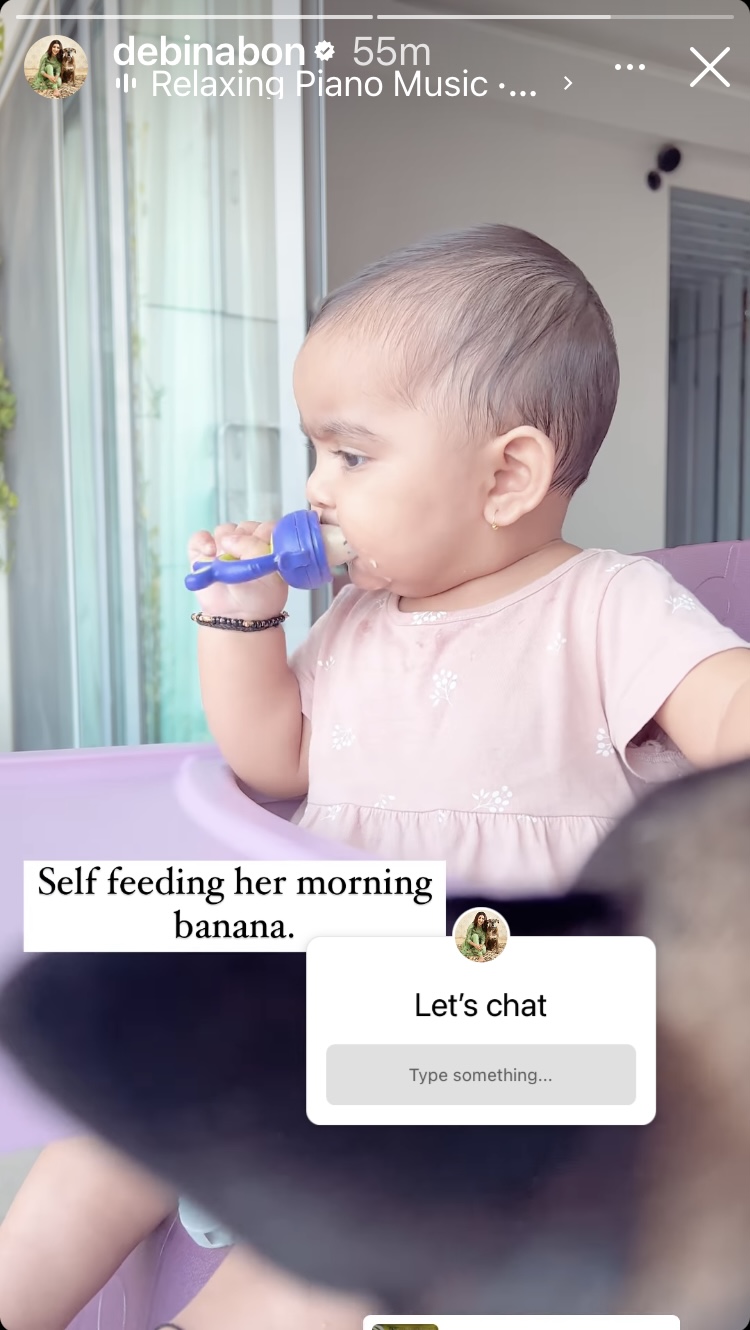 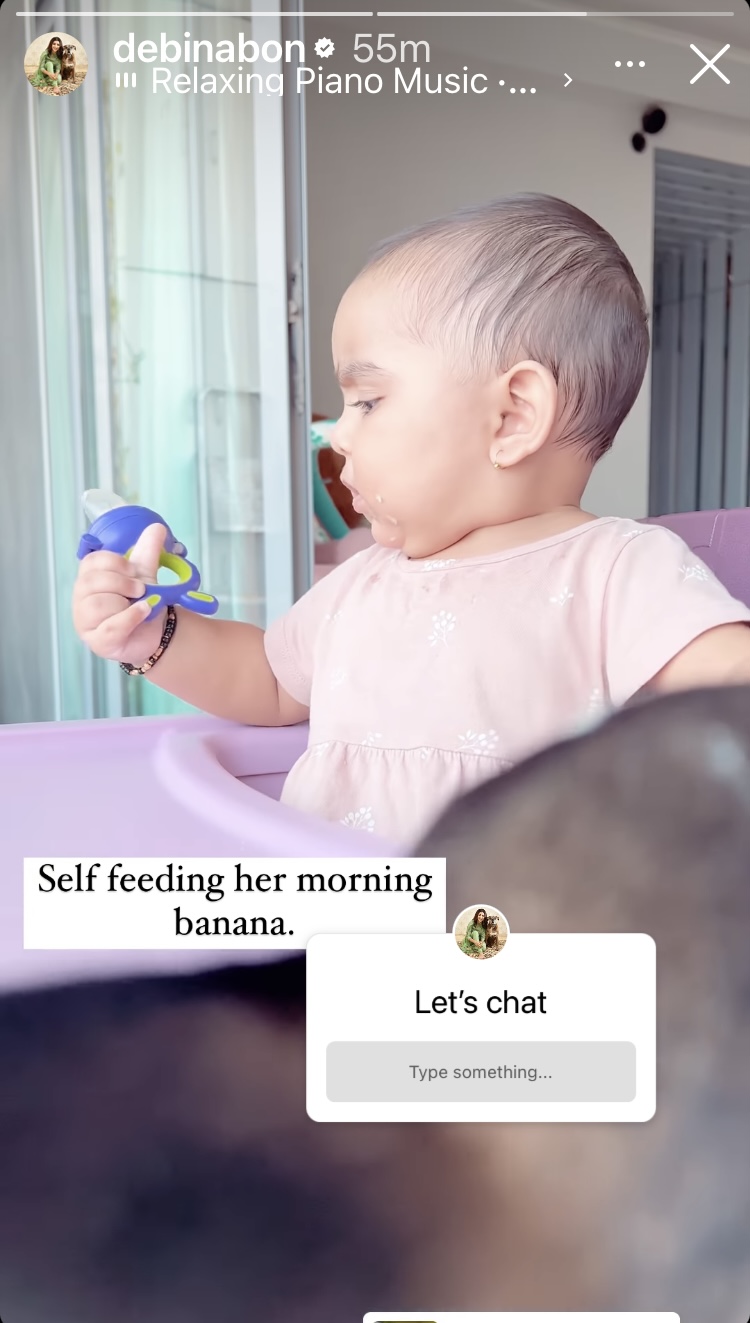 Lianna Choudhary has become the favourite star kid of the millennials. So much so that her doting mum, Debina, has created a separate IG handle for her, which she and Gurmeet handle. Earlier, taking to Lianna’s IG story, the actress had shared a glimpse of her little one. In the picture, we could spot baby Lianna clad in a cutesy green checkered dress while having a mulberry smoothie moustache. She had posed for the camera with her big and bright eyes and looked too cute for words! The caption could be read as:

Also Read: Mouni Roy Shares Adorable Pictures With Her Husband, Suraj Nambiar, Reveals That She Is Missing Him 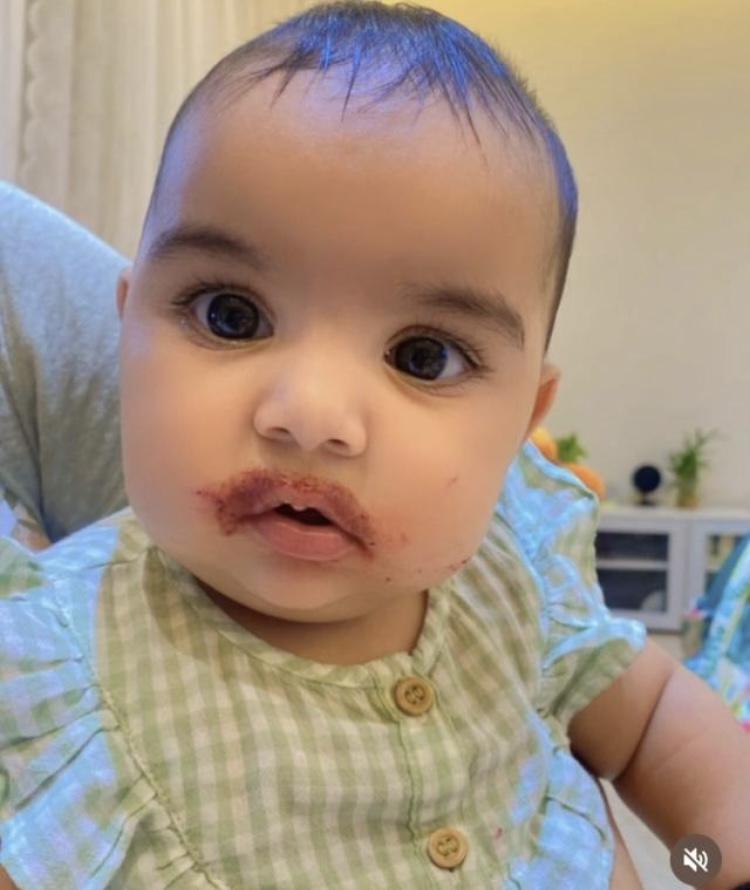 In an old interview with the ETimes, Debina Bonnerjee had opened up about the struggle and hardships she went through to embrace motherhood. When the actress was asked about her failed IUIs and IVFs attempts, she had stated that it was highly unbearable for her to witness one failure after the other. Recalling her scary experience, Debina had said:

"The fight to become a mother lasted five years. I failed five times during the process, which included three IUIs and two IVFs. I also tried alternative therapies, like acupuncture and flower therapy. I would cry all the time because I held myself responsible for the failure. The feeling of reaching a dead-end is devastating." We love how Debina’s baby girl, Lianna has been achieving small milestones with each passing day.