Children can be pretty tricky to handle when it comes to what they like to eat, and every new mom knows the toil of putting healthy and nutritional foods into their little one’s diet. Celebrity mother, Debina Bonnerjee makes sure to feed her firstborn, Lianna, something tasty yet healthy in her daily meals. From fruit smoothies to kaddu, Debina has introduced Lianna to many new food items.

For the unversed, Debina is a well-known actress in the television fraternity. She had fallen in love with her Ramayan co-star, Gurmeet Choudhary and had tied the knot with him, despite belonging to different traditions. They were in a happy married life but couldn't conceive for around ten years, making her give up the thought of having a baby. However, due to God’s grace, Lianna came into their lives in April 2022, and within four months, the actress announced her second pregnancy.

Recommended Read: Govinda Gets Awestruck As He Meets His Doppelganger At The Airport, Wife Sunita Ahuja Reacts [Video] 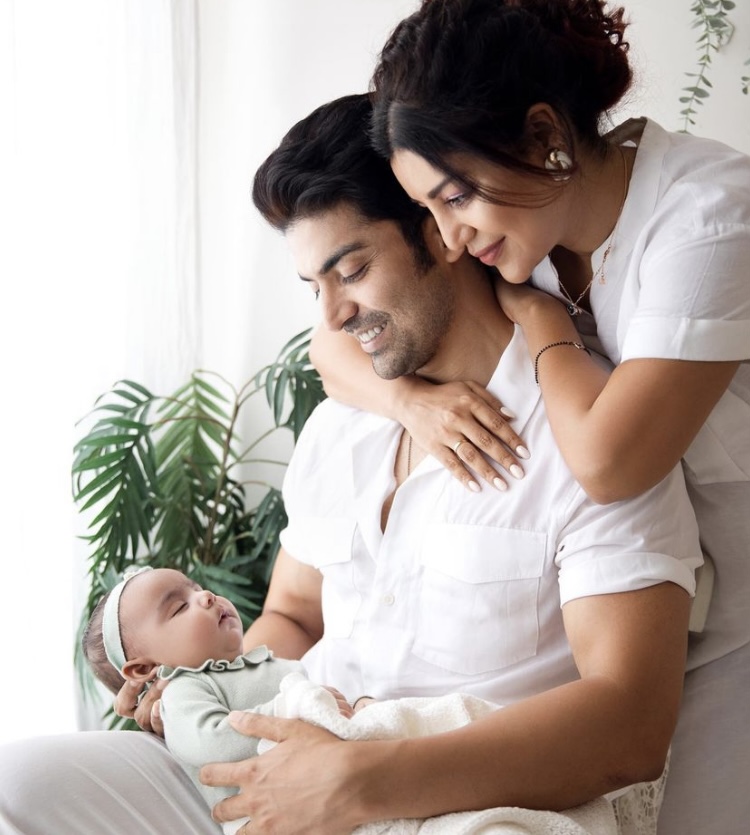 On November 5, 2022, Debina Bonnerjee took to her IG feed and uploaded a cutesy video of Lianna chilling with her nani on a sofa. In the video, the little one looked pretty in a red dress as she tried to chew ganna with her newly grown tooth. In the next segment, her nani showed her how to chew sugarcane like a pro, and after seeing this, Lianna was beaming with laughter. Her mommy, Debina, was heard saying:

On November 2, 2022, Debina Bonnerjee had taken to her IG handle and had uploaded a story. In the video, we could spot Lianna sitting on a baby chair in a pretty pink dress. The little one looked cute as she was feeding herself a mashed banana. Instead of spoon feeding, Debina had opted for the baby-led weaning technique and gave a mashed banana to her princess for self-feeding so that she could learn how to gum, chew and move the food around her mouth. Check out some of the screenshots from the video below: 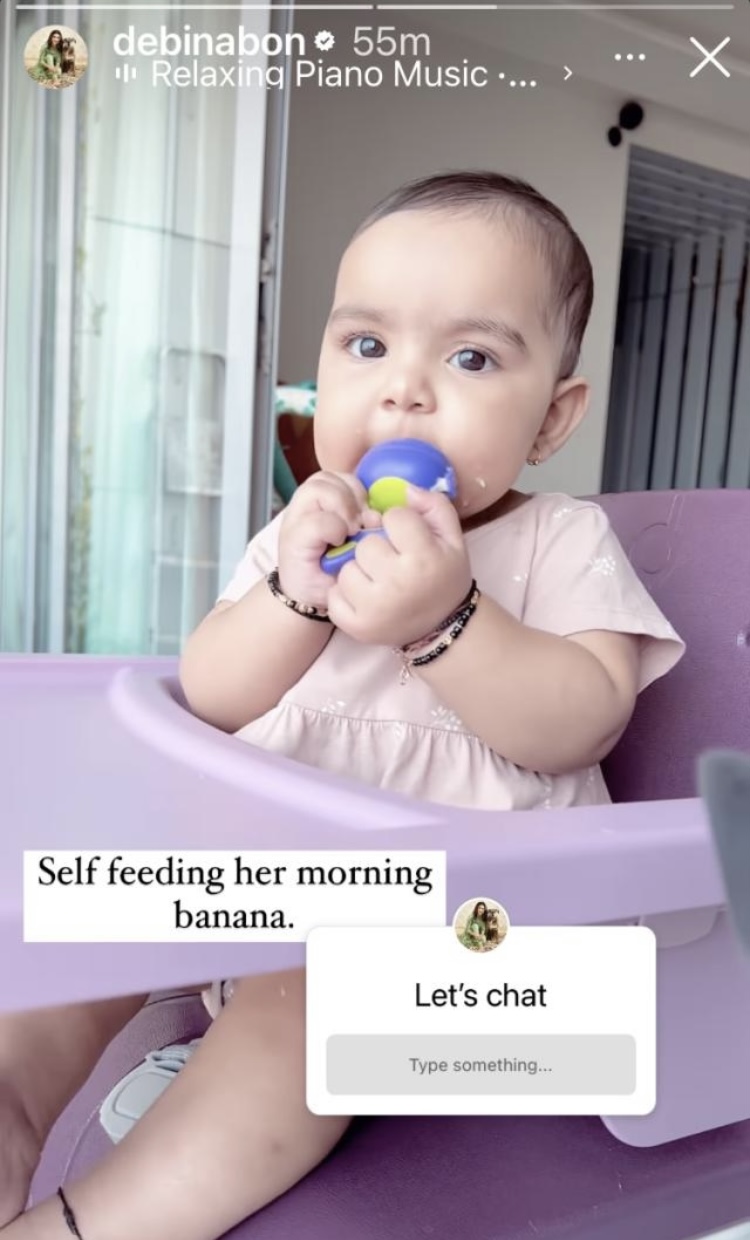 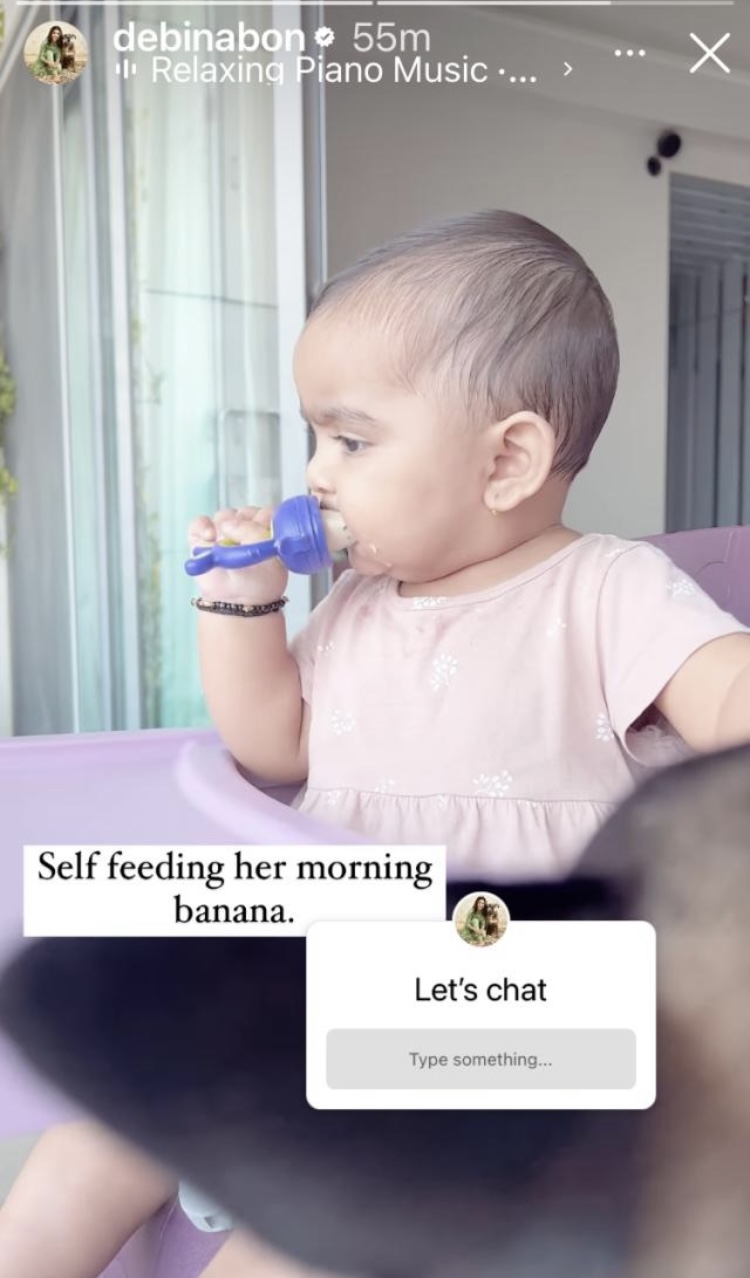 Lianna Choudhary has become the favourite star kid of the millennials. So much so that her doting mum, Debina, has created a separate IG handle for her, which she and Gurmeet handle. Earlier, taking to Lianna’s IG story, the actress had shared a glimpse of her little one. In the picture, we could spot baby Lianna clad in a cutesy green checkered dress while having a mulberry smoothie moustache. She had posed for the camera with her big and bright eyes and looked too cute for words! The caption could be read as: 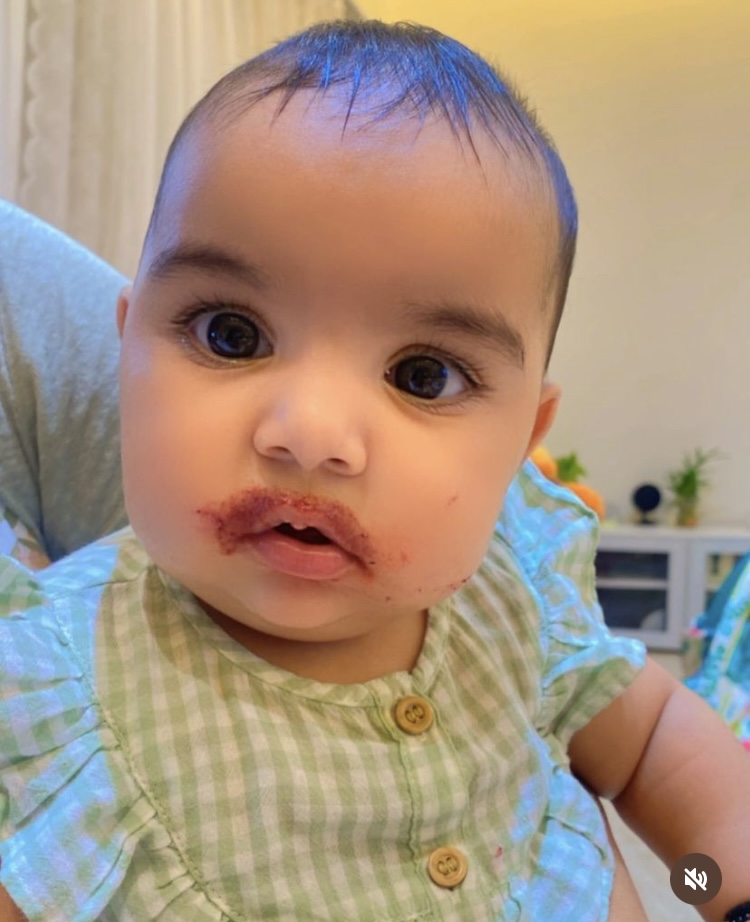 We love how Lianna is trying to eat new foods!

Next Read: KL Rahul Wishes His Girlfriend, Athiya Shetty On Her Birthday, Says, 'You Make Everything Better'