Babita Phogat and her fiancé, Vivek Suhag were last seen in Star Plus’ Nach Baliye 9. They are all set to get married soon and presented a card to PM, Narendra Modi. 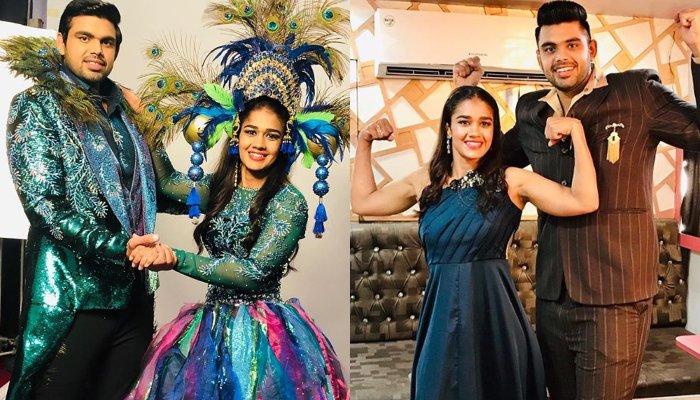 Wedding is one of the most beautiful bonds that tie two people for eternity. The very thought of spending a lifetime of togetherness with the person you love is an ethereal feeling. Having one another’s back when the tides of life are low and cheering one another when life is sailing on its smooth course is what marriage means. There will be difficulties, differences in opinions as you trod along the course of a marriage, but what matters is you will always have someone to hug it out at the end of the day! Dangal-inspired Babita Phogat will soon walk along the similar lanes with her fiancé, Vivek Suhag. (Do Read: Mona Singh Finally Talks About Her 2019 Rumoured Wedding, Says She Will Announce It To The World)

Babita Phogat and her fiancé, Vivek Suhag were last seen in Star Plus’ Nach Baliye 9. Though the duo didn’t get to the finals, their presence was enough to light up the whole show and the mood of the judges. Remember how, after almost every performance, judge Raveen Tandon would walk up to the stage and pull Vivek’s cheeks because she found him too cute? One of the first few episodes had the duo pose with their outfits on. Sharing a ‘cool’ picture, Babita had written, “Mera saara guroor bik gaya, teree chaahat khareedane mein. Love you.” 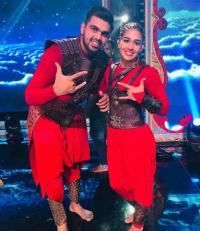 Upgrading their ‘chaahat’ to ‘forever’, Babita Phogat and Vivek Suhag will soon be one another’s mister and missus. Yes, the couple is all set to get married on December 01, 2019, and recently presented their wedding invite to Prime Minister Narendra Modi. Sharing a picture, Babita wrote, “You know you have made your birthday extra special when you got the privilege to meet our respected PM @narendramodi ji on it. We also got an opportunity to invite him to join us for the the most special day of our lives - ''Our Wedding'. Thank you sir for your blessings, it means a lot to us @suhagvivek can't wait. Let's get hitched. #birthday #celebrations #10daystogo #countdown #wedding #happiness #love #life.” 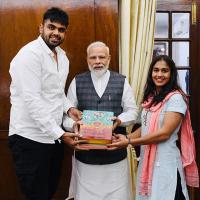 It was on the sets of Nach Baliye 9 when Vivek Suhag had proposed to Babita Phogat and it had made our hearts flutter! Raveena Tandon had asked Vivek how would he propose to Babita if he got a chance. As adorable as it can get, Vivek had proposed to his ladylove in Haryanvi and had gushed, “Jab tu kushti lade hai na, jab tere chot laage hain, mere dil mein ghana dard howe hai." (Also Read: Arpita Khan Sharma Shares Cute Family Picture From Her Anniversary And her Parents' Anniversary Bash) 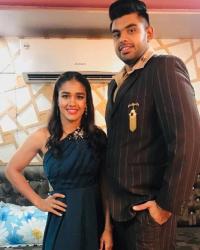 About Babita Phogat and Vivek Suhag’s Nach Baliye stint, a source had shared with The Indian Express, “Babita and Vivek’s last act had them performing as gorillas, who become homeless after the forests are burned out. The couple was applauded for taking up a heart-stirring subject but since there was not much of dance involved, the two received average marks. And now with less votes coming their way, they had to bow out of the competition.” (Must Read: Shahid Kapoor Reveals One Thing He Likes The Most About His Wife, Mira Rajput Kapoor) 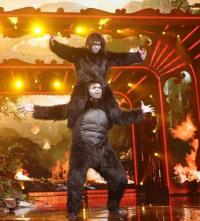 In an earlier interview with the same portal, Vivek Suhag had shared that participating in Nach Baliye 9 was a surprise to him by Babita Phogat. He had shared, “I had no clue about it. Babita finalised everything and then surprised me with the contract. Since it’s such a big platform and we both enjoy dancing, I was more than happy to take it up.” 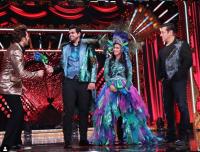 A picture posted by Babita Phogat on July 30, 2019, had her and Vivek Suhag look dapper together as they posed in front of the camera. Dressed in a red T-shirt, blue pants and white sneakers and backwards gelled hair, Vivek had looked ‘wow’! Babita, on the other hand, looked pretty in a blue floor-length gown, hoop earrings and minimal makeup. Babita’s simple and crisp caption was enough to indicate how much she loves him! The same could be read as “You and me forever please #bestcompany #couplegoals #cute #sweet #lifeline #heartbeat #happylife.” 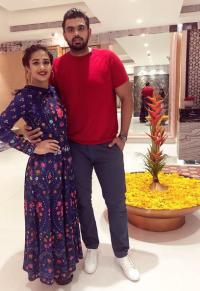 We can’t wait to see pictures from Babita and Vivek’s upcoming wedding!