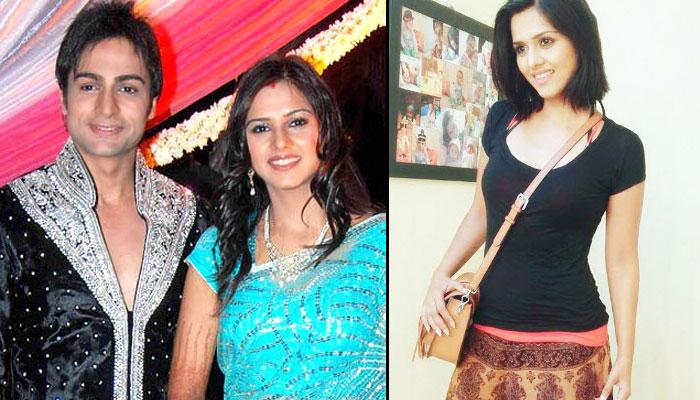 While 2016 was seen many television celeb couples breaking up, one high profile case was that of Nach Baliye couple, Dalljiet Kaur and Shaleen Bhanot. They met on the sets of Kulvaddhu and soon fell in love and got married in 2009. The couple welcomed a son on November 8, 2013 and named him Shaarav.

The couple’s marriage hit a rough patch following which the duo had an ugly separation. Dalljiet accused her ex-husband Shaleen of physically abusing her and filed a case of domestic violence against him. 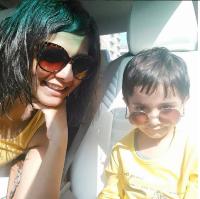 Must Read: Daljeet Kaur Opens Up About Her Failed Marriage With Shaleen And Sudden Makeover

Recently, Dalljiet came in news when she had a shocking transformation when she lost a whopping 20 some kgs (see her complete transformation story here) in order to get better roles and raise her son in a better way. Plus, the actress firmly believed in returning to the small screen with her head held high. She is now a part of Zee TV's Kaala Teeka. 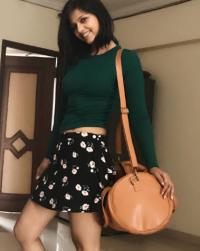 The actress recently celebrated her birthday (which coincides her ex-husband’s birthday) in Bali with her son and two of her best friends. If you want to check her vacation pictures with her son (which are too cute), then click here. 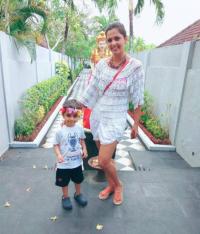 Dalljiet and Shaleen might have had a very nasty separation, but now the two have mellowed down and taking things slowly for the sake of their son. Dalljiet even said that they met a couple of times to discuss a few things.

Also Read: Deepshikha Nagpal And Kaishav Arora Are Giving A Second Chance To Their Marriage 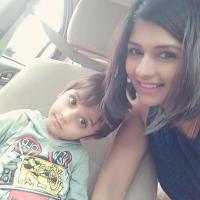 The latest thing what the actress did is both shocking and sweet. On December 9, 2016, which marked the 7th anniversary of Dalljiet and Shaleen, the single mother took to Instagram and shared a heartfelt message for Shaleen.

Here’s the photo she posted: 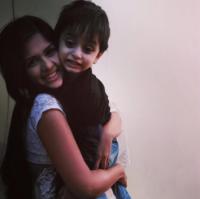 And this deep and meaningful message that most of us can only dream to write for our ex.

“A journey began 7 years back. Today it will live for the last time before we get declared divorced in two months time.... lots happened...lots was said...lots was felt....and lots was lived..... but one thing i know by the end of this journey is that i got Jaydon who is my life...my reason to live....if i hadnt walked through this route of destiny...i wouldnt have had Jaydon in my arms. I think god has bigger plans and we all dont see it until we live it. So as i live my marriage anniversary for the last time....today i want to wish shaleen a good life. May u have a good,happy and successful life and may u find ur peace too....”

Looking at her warm thoughts, all we can say is it does take a lot of courage to put the past behind, forgive and let go and wish well when they have not been so nice with us, and we salute Dalljiet for being so brave. TeamBollywoodShaadis wishes a wonderful future to Dalljiet, Shaleen and little Jaydon.

Next Checkout: Sangeet And Mehendi Pictures Of TV Actress Dimple Jhangiani Are Hard To Miss [EXCLUSIVE] 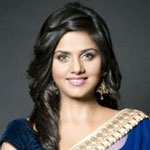