Former Indian cricketer and also Kolkata Knight Rider’s captain, Gautam Gambhir has all the reasons to celebrate. The left-handed batsman recently shared a wonderful news with his friends and fans on Twitter.

Recommended Read: Newbie Mommies Kareena And Mira Are At War Over Their Kids

Gautam Gambhir welcomed a little angel in his home on June 21, 2017. Yes, he became a dad for the second time, to a cute little baby girl and is on cloud nine. 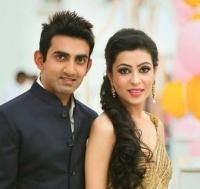 Gautam tied the knot with his wife Natasha Jain in October 2011 and welcomed their first child, a beautiful daughter named Aazeen in May 2014. 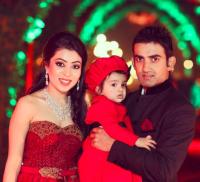 The happy father shared a heartwarming picture of his two angels on Twitter with a beautiful caption. Take a look: 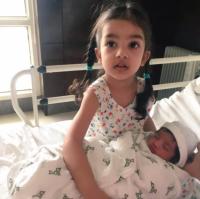 “An angel blessing our family,

An angel brightening our lives,

Welcome to the world, little angel!”

Aren’t both the girls super-cute? In the picture, little Aazeen is seen cradling her little sister in her arms, like an elder, protective sister. We must say, the picture is very adorable!

“Two little princess who rule our hearts, Aazeen and Anaiza!”

As soon as this picture was shared by Gautam, wishes started to pour in! Let's take a look at who all wished the happy parents:

Our heartiest congratulations to Gautam Gambhir and his wife Natasha for the newborn, Anaiza. We are sure Aazeen is happy to have a little sister to play with! We are eagerly waiting for a family picture now!