Chiranjeevi Sarja had left the world for the heavenly abode and his absence will always be felt. In an interview, his wife, Meghana Sarja recalls his last words to her. 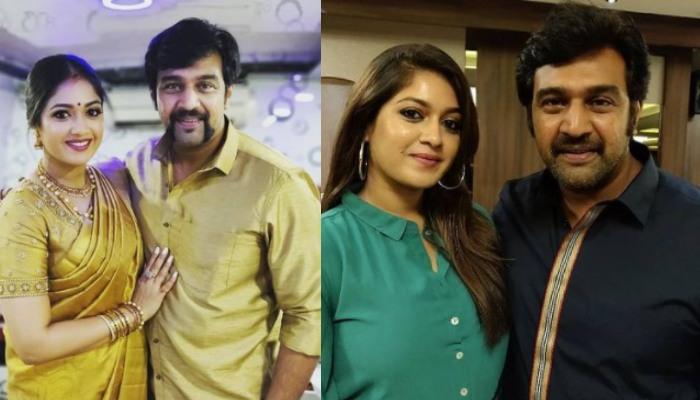 Death is inevitable but the pain one undergoes on losing someone close is something which cannot be expressed in words. 2020 had taken away many precious gems from the glamour world and one of them is actor, Chiranjeevi Sarja. The actor’s death had not just shocked his fans, but his family and friends too couldn’t believe that he had taken to the heavenly abode. At the time of his death, his wife, actress, Meghana Sarja was expecting their first child and the news of her husband’s untimely death had only shattered her dreams of starting a family with him. (Also Read: Sanaya Irani Shares A Liplock Picture With Her Hubby, Mohit Sehgal On His Birthday)

Chiranjeevi Sarja hailed from the family of actors and had begun his career in 2009. On April 30, 2018, Chiranjeevi had married actress, Meghana Raj in a Christian wedding, followed by a Hindu ceremony. On June 7, 2020, Chiranjeevi’s sudden death due to cardiac arrest had shocked everyone. He was 39 at the time of his death and was excited to become a father for the first time. On October 22, 2020, Meghana had given birth to a baby boy.

In an interview with The Times Of India, Meghana Raj recalled the dreadful day of her husband’s death and revealed, “The day started off like any normal Sunday. Prerana (Dhruva’s wife) and I were just outside the house along with Dhruva when my father-in-law called us in saying Chiru had collapsed. We had never seen him like that. He'd lost consciousness and then regained it for a bit.” She also shared his last words to her when he had regained consciousness and shared, “All I remember is that in the brief moment that he had regained consciousness at home, he had told me, " Don't get tensed. Nothing will happen to me.”"

On November 12, 2020, Jr. Chiru’s cradle ceremony had taken place at Meghana’s home and the pictures from the same had made its way through social media. In the unseen pictures from the cradle ceremony, Meghana had looked beautiful as she had donned a pink kurta with palazzo pants and had teamed it up with a matching dupatta. Take a look at the pictures! (Also Read: Shah Rukh Khan's Wife, Gauri Khan Gives A Beautiful Makeover To Their Home, Mannat's Terrace)

It was Dhruva Sarja, late Chiranjeevi’s brother, who had broken the news of Chiranajeevi and Meghana’s baby boy's arrival through his social media handle. He had taken to his IG stories and had written, “Baby boy, Jai Hanuman.” Within a few minutes, the first pictures of the newborn with his uncle, Dhruva had gone viral and had broken the internet. In the first picture, Dhruva was seen holding the baby boy and in the second picture, he was seen getting the newborn blessings from his late father, Chiranjeevi.

After one month of Chiranjeevi Sarja’s death, Meghana had penned an emotional note remembering him. She had taken to her IG handle and had shared a picture of her late husband from the rememberance ceremony and had written, “My Dearest Chiru .... Chiru is a CELEBRATION... has always been, is and will always be... I know u wouldn’t have liked it any other way! Chiru, the reason i smile... what he has given me is most precious... MY FAMILY.. the JUST US... together we will always be for all eternity baby ma and each day will be just the way u like it! Filled with Love, laughter, pranks, honesty and most importantly Togetherness. WE LOVE YOU BABY MA!” (Also Read: Soha Ali Khan's Sister, Saba Ali Khan Shares A Throwback Picture From Her Sister's Wedding Day) 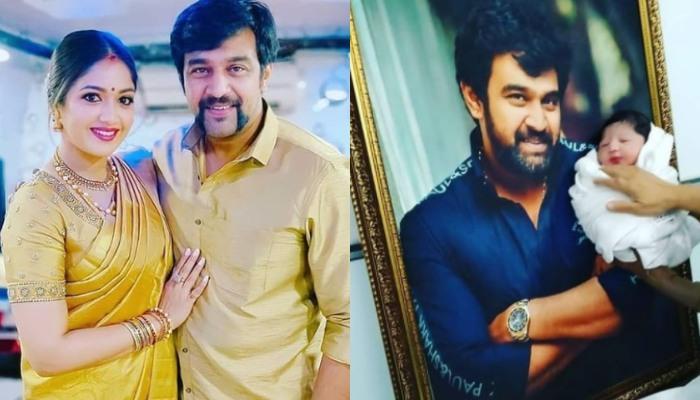 Children are the shadows of God as they have the ability to ease out the most painful emotions of our lives. With their innocent eyes and enchanting smile, world seems like a better place to live in. And for a woman, her existence gets a new meaning as she takes