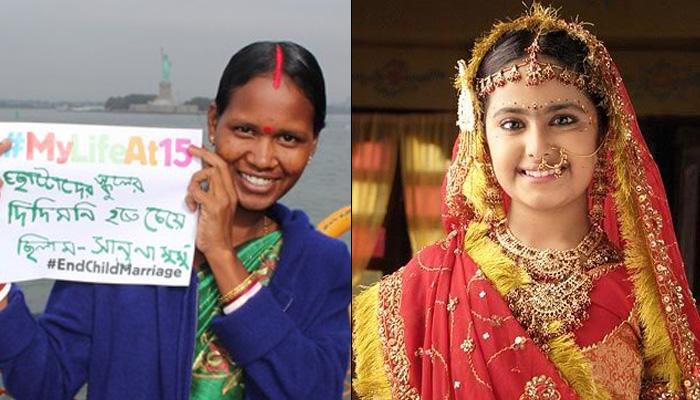 When Santana Murmu was in the eighth standard, she was not only robbed off her childhood, but was also denied an education. She was married off at the tender age of 14. However, rather than facing the destructive outcome of the heart-breaking practise of child marriage, this village girl from the tribal Santhali community believed that doing was the only key for a better life and world. Mother of two now, Santana mustered extraordinary courage and broke all barriers that came in her way of progress, and highlighted the power of a simple village girl.

Recommended Read: This Story Of A Young Indian Bride Calling Off Her Marriage With A Drunk Groom Is Truly Inspiring 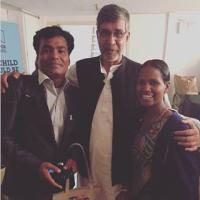 Crushed and hurt by the reality of married life, she took a vow to not let the same happen to other underage girls because of parental pressure and social norms. Murmu not only fought back to continue her education, but also got involved with an NGO named CINI (Child In Need Institute) to curb the practise. Fortunately, her social activities were soon noticed, and in 2015, she got invited to the UN General Assembly in New York. She voiced her opinion on how maternal mortality can be prevented by implementing ban on child marriages.

Must Read: One Bride Walks Out Of Her Wedding Due To A Math Problem And Another One Puts Her Vidaai On Hold

Personally for her, the turning point in her life came when she was asked about her education by the Americans, and she did not have much to say. She told the press:

“I felt sad to tell them that I studied only till Class 8. I told them that time that I will go back to my village and restart my studies. Now I have kept my word. I took it as a challenge.”

Recommended Read: What Her In-Laws Did When Her Own Family Refused To Attend Her Wedding Will Really Surprise You

This was not only an eye-opener for her, but also pulled her back from getting lost in a marital life. The incident became a deciding factor for her to give herself another chance to study. So with a little guidance, inspiration, direction, and constant help from her labourer-husband, Gobind Hemram, she could look forward for a better future. A class 5 dropout himself, Hemram said this to the press:

“I am proud of her and have realised that life would have been better for her had we not married early. Education and health is very important and so I am supporting her.”

The back-to-school girl is extremely excited to continue studies after a gap of four years.

“I am very excited. I am the senior-most in the class now and they look up to me with lot of respect. All I want is to be a teacher and fulfil my dream,” Leaving her children with her in-laws and husband, she walks 3 km every morning from Kushmandi village in South Dinajpur district to attend Manikore High School.

Also Read: 13 Justifiable Reasons That It Is Never Too Late To Call Off Your Wedding 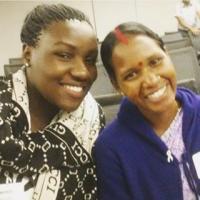 Even though she had less chances of completing her education at that point, she was still nurturing high aspirations, which ultimately led to positive consequences. But, there were hitches as well that she had to face. The idea was not going well with the elders, who wanted to stick to the age-old tradition of early marriage and getting admission again was not easy either. Sujoy Roy from CINI said:

“The headmaster initially refused to admit her but after the intervention of the block development officer the matter was settled.”

But, there was nothing that could dither her. She took it as a challenge and went ahead with her resolution.

Recommended Read: 12 Things No Self-Loving And Respecting Woman Should Take Ever In A Relationship

Like Santana Murmu, the entire world should join hands together to say no to the regressive practice of child marriages. Childhood is a time for celebration, studies, and games, and it should not be scarred by such backward social evils. One must aim to prevent the kind of ordeal faced by girls like Murmu, and take a firm initiative towards building a healthier society.

The year 2020 had started with a lot of hopes and new beginnings, but within just eight months life has changed drastically. Gone are the days when we can easily roam around the city without the worry of a strange coronavirus that might take our lives. No one had ever