Chhavi Mittal Shares 'Most Annoying Side-Effect Of Pregnancy', Every Mother-To-Be Can Relate To It

Chhavi Mittal Shares 'Most Annoying Side-Effect Of Pregnancy', Every Mother-To-Be Can Relate To It

Many celebrities from the tinsel town have embraced parenthood recently and to name a few- Neha Dhupia, Sania Mirza, Neil Nitin Mukesh, Ekta Kapoor, among others. And some are in the line of becoming fathers and mothers. One such celebrity is the television actress, Chhavi Mittal (also known as Chhavi Hussein) who is soon going to enter the motherhood phase expectedly in May 2019. (Must Read: Sonam Kapoor Shares Her Most Special Memory With Sridevi Ahead Of Latter's Death Anniversary)

Chhavi Mittal got married to the director, Mohit Hussein in 2005 and on December 20, 2012, Mohit and Chhavi became parents to little angel whom they named, Areeza. And now, Chhavi and Mohit are expecting their second baby in May 2019. She is quite active on social media and regularly keeps updating her fans with how she is handling her pregnancy. In one of her recent Instagram stories, Chhavi has put up a photo which every mother-to-be can relate to. Sharing a pic of her swollen ankles, Chhavi has written, "Swollen ankles. I find this most annoying side-effect of pregnancy," atop it.

Chhavi Mittal Blessed With A Baby Boy, Shares His Unique Name With A Cute Picture, Check Inside

Chhavi Mittal Enters 10th Month Of Pregnancy, Says Only The Baby Decides When The Labour Begins Earlier, Chhavi had announced of her pregnancy by sharing the following picture of her baby bump. She had captioned it, “Women and fitness is badass. Pregnant women and fitness is f**kin badass! I'm really happy and proud to announce that I'm gonna be a second time mommy soon! Surprisingly every single person who knows I'm pregnant has told me "oh you can eat all you like now!" But they couldn't be more wrong. It is not only imperative, but also my duty towards the life inside me to take care of my health and fitness every bit more than I usually do. I like to say, "I don't EAT for two, I have to be HEALTHY for two!"" (Also Read: Unseen Picture Of Sridevi With Little Baby Janhvi Kapoor, Late Actress Glows In Ever-Shinning Smile) 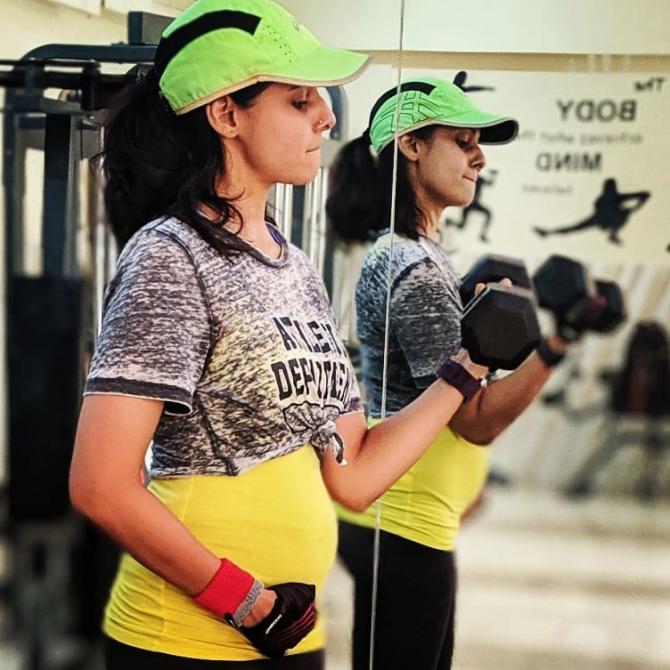 Her post could be further read as, “Having said that, any other pregnant mothers out there, my advice. The most important, however, is your mental and emotional health. This is not the time to test your will power or your limits! So don't forget to enjoy this beautiful phase of your life! #responsibility PC: @chetangaur #pregnant #pregnancy #women #womenempowerment #gymmotivation #gym #workout #pregnantmother #momtobe #mothertobe #youtuber #chhavimittal." 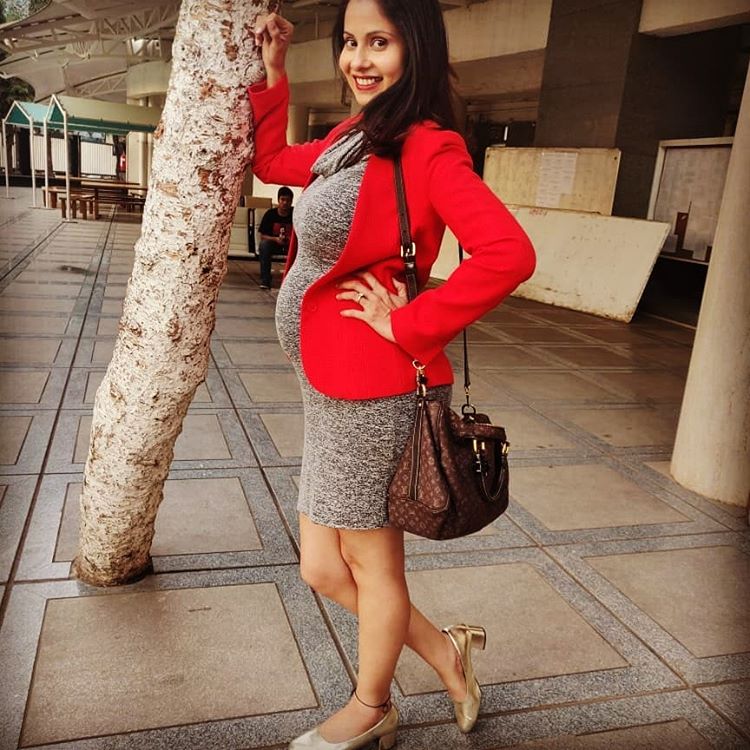 Post her announcement of entering motherhood soon, The Times Of India contacted the soon-to-be second-time-mother and Bandini actress revealed that her due month is May 2019. Speaking about her pregnancy, Chhavi had said, “One can never be too prepared. No two pregnancies and babies are the same. During my first pregnancy, I had the liberty to quit my show and rest it out. However, this time around, I already have too much on my plate — my elder daughter and business. So, I haven’t got the time to sit back and enjoy this phase.” How has Chhavi's daughter, Areeza reacted to her pregnancy and on the news of her upcoming sibling? Chhavi replied, “Areeza is a responsible child and she is really excited about welcoming a new member; I feel a little relieved because of that. The best part is, will continue to work through my pregnancy." 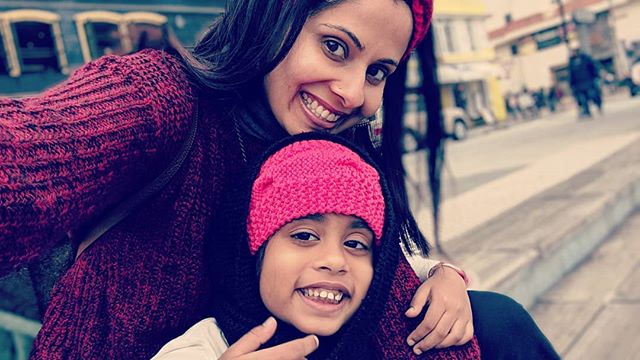 When asked if they want a boy or a girl, Chhavi retorted, “Sometimes, we feel that it would be nicer to have a boy, so that my girl gets a brother. But then, there are days when we see how loving and responsible she is, and we yearn for another daughter. Mohit and I have had zeroed in on a few names — for both girl and boy. As of now, all I want is a healthy baby.” (You May Like: Tiger Shroff Reveals The Real Reason For Regularly Being Spotted With Disha Patani On Lunch Dates) We can't wait for Chhavi Mittal's second baby to arrive soon so that we can drool over the little munchkin!