Chhavi Mittal was recently blessed with a baby boy, Arham. Chhavi has shared how she got angry when her doctor said she would give her a small scar during C-section.

Chhavi Mittal is riding high in life these days owing to the birth of her second child, Arham. A day after Mother’s Day, Chhavi Mittal and Mohit Hussein welcomed their baby munchkin on May 13, 2019. For those who do not know, Chhavi and Mohit got married 14 years ago in 2005. And 7 years into their marital bliss, in 2012, they were blessed with their first child- a baby girl whom they named, Areeza. (Don't Miss: Misha Kapoor And Zain Kapoor Twin In Blue In Their Beachwear In Thailand, Give Us Sibling Goals)

Ek Chutki Aasman actress, Chhavi Mittal announced her second pregnancy last year and since then, she has become a social media sensation because of her regular updates on Instagram. From sharing with her fans the details of her pregnancy diet charts to handy tips for all the expecting mothers out there, Chhavi Mittal has truly come far. And by her own admission, she keeps getting bombarded with questions and concerns from many soon-to-be-mommies on Instagram. 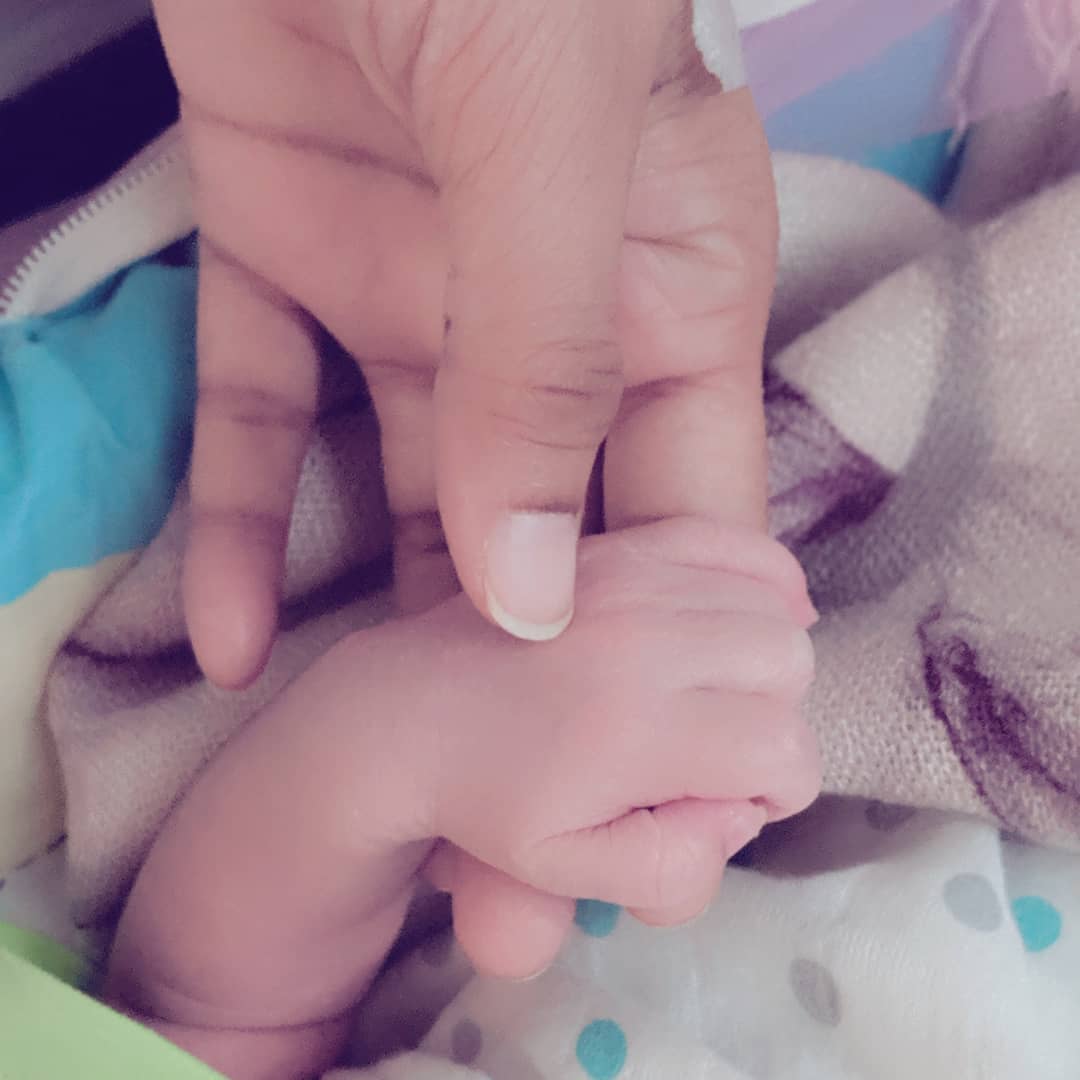 Chhavi Mittal, post the delivery of Arham, has been sharing the details of his birthing, her days in the hospital, the medical procedures and what not, as part of a series. In the third instalment of the same, Chhavi Mittal has shared today the third chapter, titled, “THE WORST WAS YET TO COME”. Chhavi Mittal has shared a horrific incident about the birthing process of Arham wherein she had revealed how her dilation stopped mid-way and the doctors advised her to opt for C-section process of birthing, “Due to the panic attack post the drug, my dilation completely stopped. I failed to go back into hypnosis. For the next 7 hours, I felt no progress. At 1 pm, I was put on Pitocin, my surges started coming every 30 sec & lasted for 2 min each. I was in excruciating pain but still determined to bring my baby into the world naturally. I started dilating again & 2 hrs later I was 8 cm dilated. But my doctor came in & said she’d like to take me for a C-section. I put my complete faith in her and agreed to whatever she said.” Reminiscing the attitude of her doctor and how she had told Chhavi Mittal that her labour was not strong enough, the newbie mommy further penned down, “But her attitude towards my whole birthing process completely shook me up. She said some things which I could not respond to at that time, but they will remain engraved in my mind forever. This person who was with me thru this journey of 9+ months.. this person who had seen my strengths & weaknesses, who had seen me naked physically and emotionally. She told me, “Your labour is not strong enough, your body is not meant to do this, if you felt pain, you would be screaming, not sleeping.” That was the first time I realised that she was never on board the hypno-birthing, to begin with” 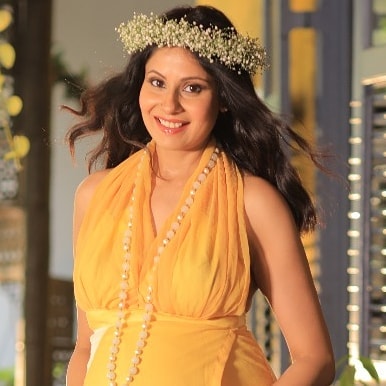 Chhavi Mittal further wrote how she was angry at her gynaecologist as she once told Chhavi that she would give her a small scar on her tummy during the C-section procedure, “If she was, she would believe in the power of self-hypnosis. The months that I had spent practising it… I couldn’t believe my ears when she beamed with pride, “Don’t worry, I’m famous for giving really small incisions. You won't have a big scar!" I couldn't believe that after all this, she thought that a scar is what I was worried about. And then suddenly, as if there was no time left, within minutes a wheelchair came to wheel me into the OT, the staff disappeared, the other doctors came, and it all felt surreal. I remember I had to go to the loo, and when Mohit was taking me, me walking at a snail’s pace due to the pain, my doctor came shouting from behind, “abhi ye sab chhodo.. seedha catheter lagayenge.. jaldi karo”. Mohit just stared at her in disbelief and said, “Doctor she just needs to pee. Please give her time”. I heard a “tch” from the background and she stormed out. To be continued. #chhavimittal #chhavimittalbirthstory #birthstory #delivery #labour #doctor #pain.” (Must Read: Taimur Ali Khan Persuaded Kareena Kapoor Khan And Saif Ali Khan To Buy Him A Toy, Pics Inside) 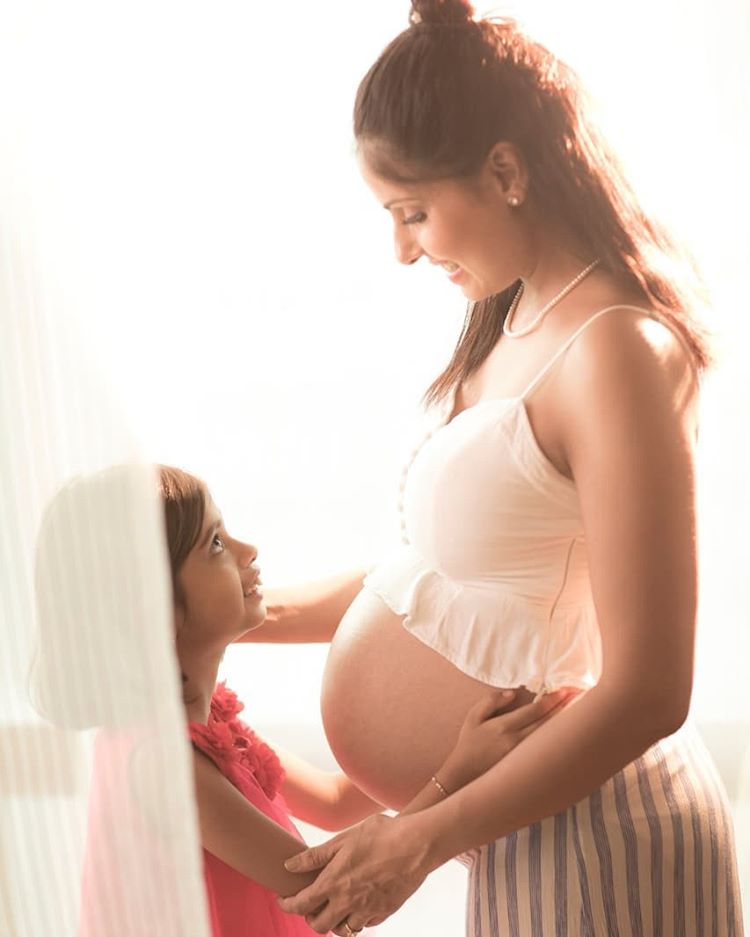 Chhavi Mittal had posted the second chapter, titled "THE PANIC BEGINS" yesterday, on May 25, 2019. Chhavi had written about her panic attack that she got when the doctor infused drugs into her body to hasten the dilation process, Chhavi Mittal penned down yesterday, "At 8 am my doctor came into my room and administered a drug intravenously. Within seconds I felt dizzy, I felt weak, my throat started to choke.. and I threw up. I panicked. She said this was just to hasten the dilation (I don’t know why we needed to hasten it though, but you gotta trust your doctor). Right that second, I was thrown out of my calming and peaceful zone. I couldn’t do the calm breaths anymore. I could see my dream birth slipping away from my hands. Another thing about hypnobirthing is that it has to be all natural. The minute you start administering drugs, it becomes medicalised. Sort of defeats the whole purpose. Which is why I had shared my typed birth plan with the entire hospital staff. The head of the hospital, the doctor, the nursing staff, the paediatrician, and everyone who was remotely involved. Some snippets: Mohit will be by my side every single minute. He will not leave even for paperwork (hence we made the entire payment weeks in advance)." Read more of Chhavi’s chapter 2 here. 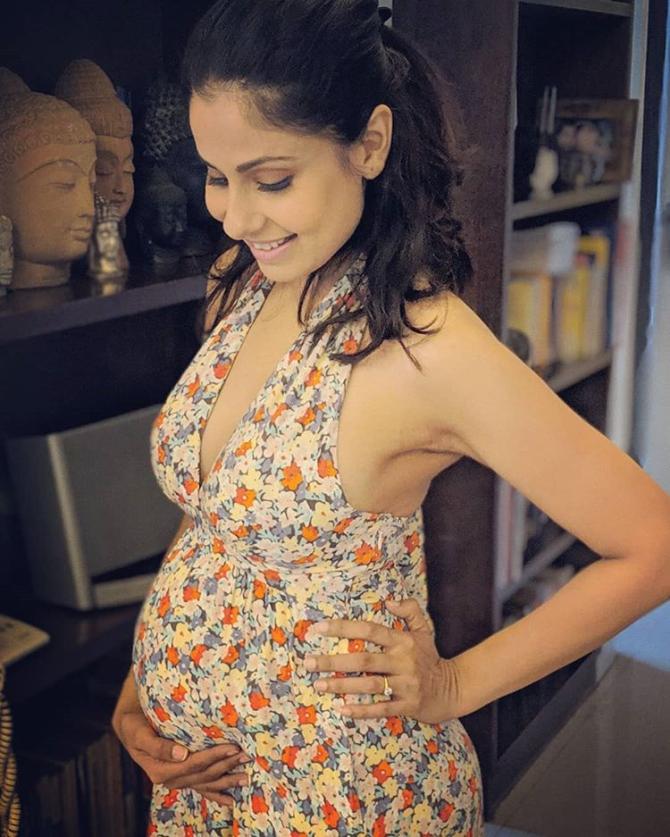 Chhavi Mittal has been quite vocal about the support that she has got from her husband, Mohit Hussein, all this while. In an Instagram post, dated April 27, 2019, Chhavi Mittal had shared the following photo with her doting hubby and had written the kindest words for Mohit. She had captioned the photo as, “THIS MAN! A lot of you ask me how I do everything I do even in these last few days of my pregnancy. Well, every day is not easy. Like yesterday, when walking 2 steps to the washroom was a challenge. Immense pelvic pain, back feeling like it'll break, the weight of the stomach pulling my whole body down, not getting the time to rest... Everything added up. I had to go the site of my new flat (getting ready for the new member and how!). The dust, the chaos, the questions of my architects, my 6-year-old complaining she's hungry, me almost falling down with hunger, thirst and the scorching heat, no place to sit, and the deadlines that are refusing to near the finish line.” 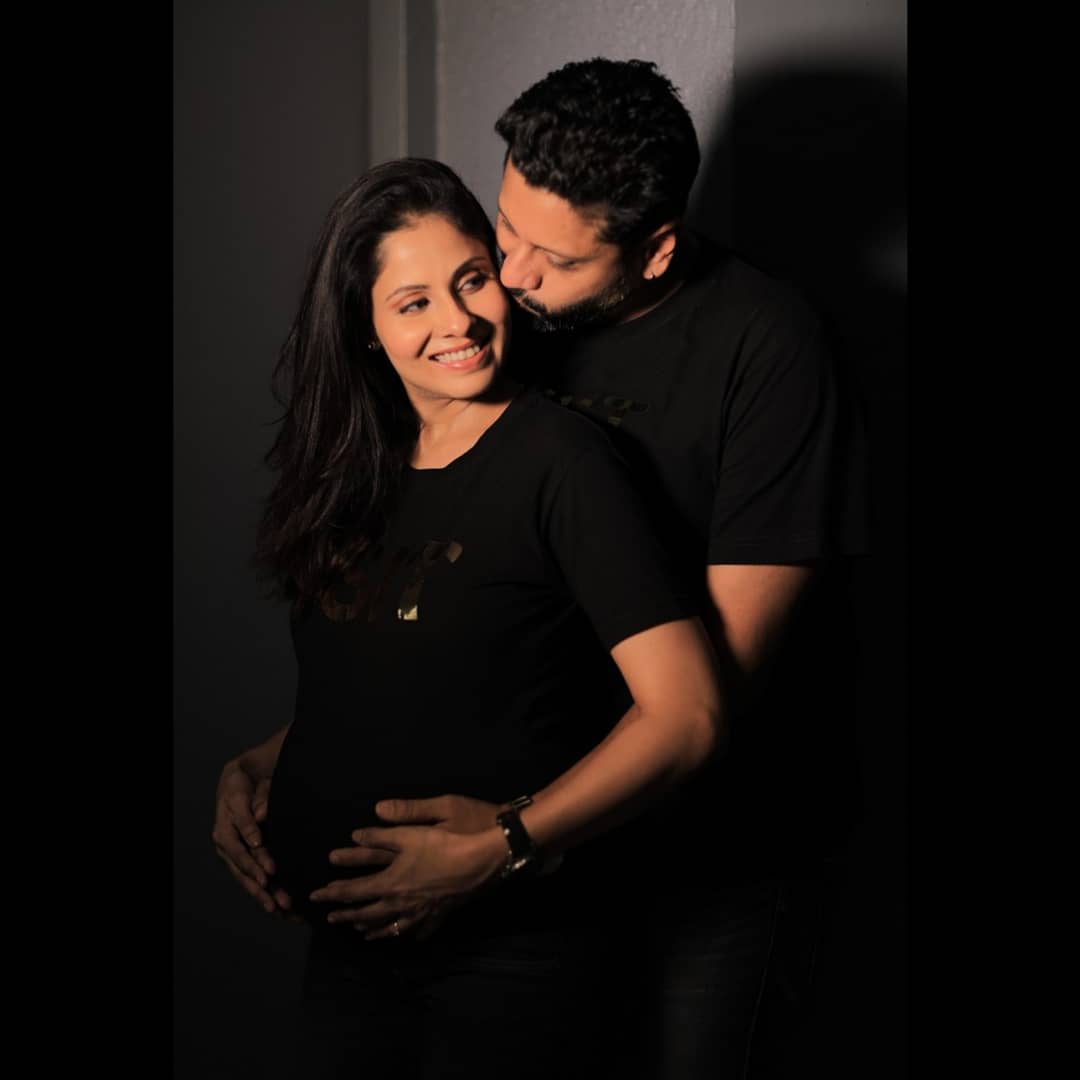 Chhavi Mittal further added as to how Mohit Hussein pushed her further when she wanted to give up. Her post could further be read as, “Trust me, I really wanted to give up and just leave everything to chance. It's back-breaking times like these when this man takes charge of me and the situation. To be honest, it's times like these, and the worst ones, and the good ones, and the great ones, and all the ones in between, that this man completes everything. And he doesn't know this, but when he sleeps in the night, and I stay awake (which is a lot), I put my hand on his chest and feel it rise and fall with his breath.. it just makes me feel that life is good, because he lays next to me, always there, always loving, and there's not a worry in the world... @mohithussein thank you for giving me the best life and always loving me in my good and bad moods! #love PC: Thank you once again @sachin113photographer for capturing this moment. We hardly have any pictures of us together!” (Also Read: Vivek Oberoi's Meme On Aishwarya Rai Bachchan Made Husband, Abhishek Bachchan Furious?) 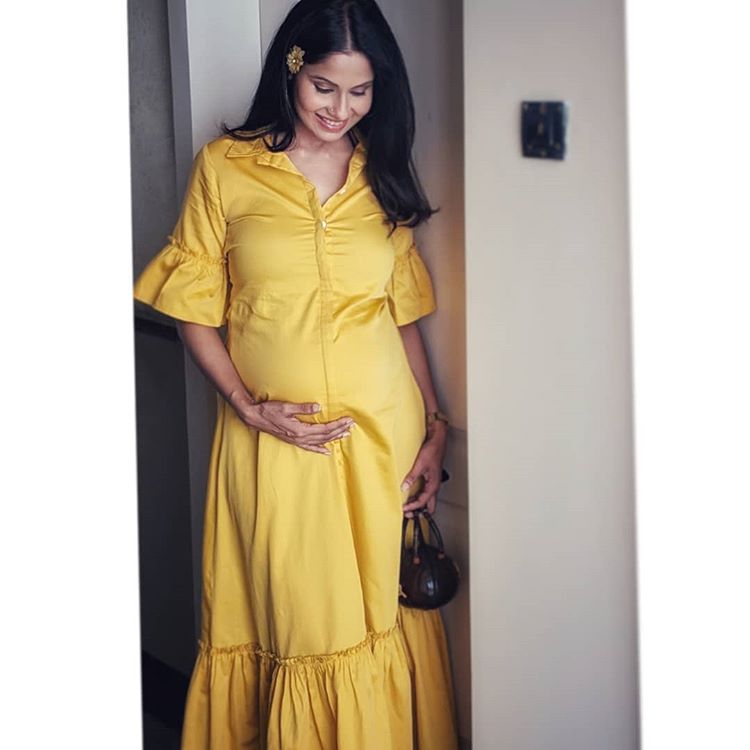 Chhavi Mittal’s recounting of stories from her hospital days are giving us chills down our spine, right? Share your views on the same! 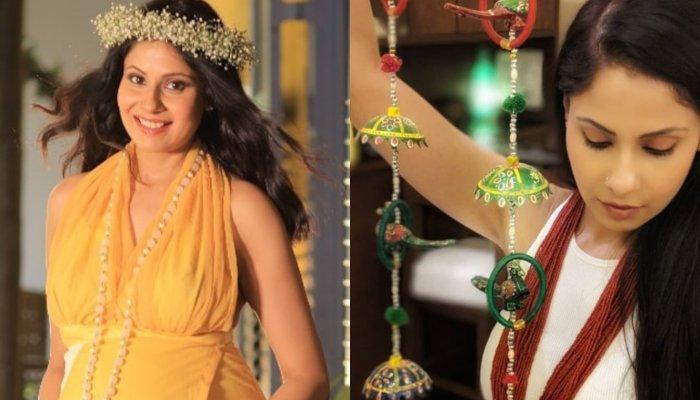 A newborn child- this little ball of happiness has the capability to change your mood as per his/her own. Your plans revolve only around this little munchkin and every move that he/she makes becomes your biggest achievement. Believe you me, a child has the full capability to transform the mood of