Television actress, Charu Asopa admitted that she wants to be recognised by her work instead of being called as Sushmita Sen's sister-in-law. Find out!

Popular television actress, Charu Asopa had gotten married to the love of her life and actor, Rajeev Sen on June 16, 2019. It was Rajeev's sister and Bollywood actress, Sushmita Sen, who had confirmed her brother's relationship with Charu on May 04, 2019. After which, the duo had gotten married in Goa as per Rajasthani as well as Bengali rituals. Since then, their respective Instagram handles were filled with their mushy and oh-so-romantic pictures. (Recommended Read: Mahhi Vij's Little Boy, Rajveer Smothers His Baby Sister, Tara With Kisses As He Leaves [Video])

However, after some months into their marital life, the rumours and reports of a possible rift between Charu and Rajeev had started appearing all over the internet and was confirmed when both of them had deleted all their wedding pictures from their respective Instagram handles. After which, the two had openly admitted that they're separating for some time to analyse their marriage. Now in an interview, Charu Asopa has stated that she doesn't want to be known as Sushmita Sen's sister-in-law in the industry. Scroll down to know the reason behind this! In an interview with Tellychakkar, popular television actress, Charu Asopa talked about her comeback on the small screen with the popular show, Akbar Ka Bal…Birbal. The actress revealed that she's pretty excited about her fans' reaction to her character, Heera Bai in the show. When asked whether it's easy for her in the industry because she's associated with Bollywood actress, Sushmita Sen and her brother, Rajeev Sen? The actress replied, "Being associated with prominent names of the industry always creates a lot of chit-chat and banter amidst a lot of people. I think it's sad for people to think that way. I work really hard, and my passion for my art of acting is the one I follow. I truly believe I should be recognised for my work as an actor and not the people I am associated with." 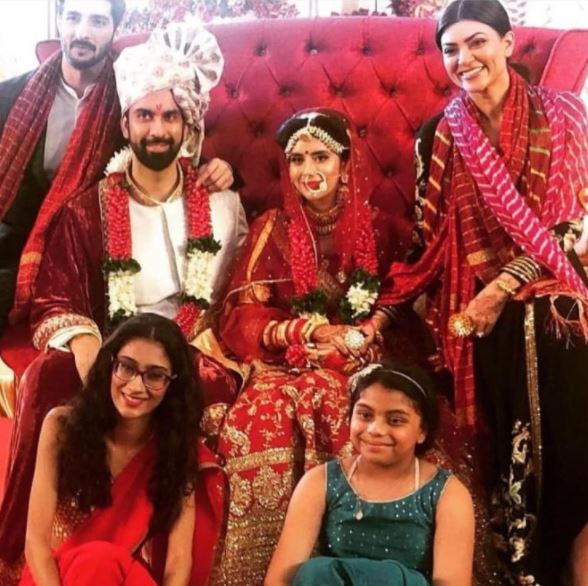 The actress was also asked about Sushmita Sen's acting comeback in the web series, Aarya and what she thinks about her performance. To this, Charu Asopa revealed that she had already binge-watched the whole series in a one-go. She said, "Sushmita Sen is a superstar and a beautiful gem of a person, and yes, of course, I saw Arya, in fact, we all saw the first episode together. Bring intrigued with the storyline of Arya I finished watching the entire series in one go as I just couldn't wait in suspense wondering what will happen next. Didi as I call Sushmita Sen – she is a very dedicated artist and is very true to her work. Whichever project she picks, she performs flawlessly." (Don't Miss: Arjun Bijlani Wishes 'Saali Sahiba', Abha Singhaal On Her Birthday, Shares A Hilarious Video Of Them) 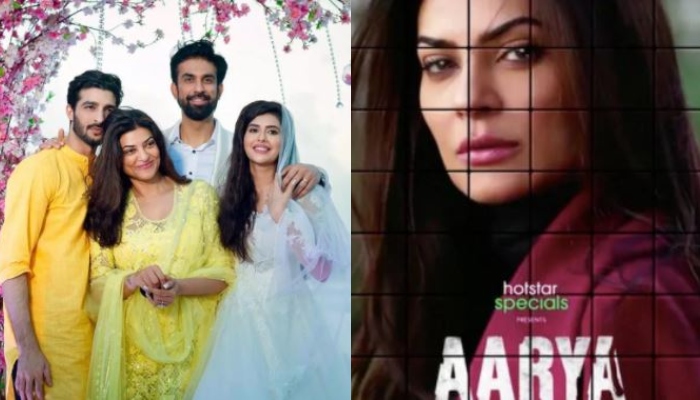 We all know that, it was on June 16, 2019, when Charu Asopa had entered the bond of holy matrimony with the love of her life and actor, Rajeev Sen, who is the brother of power-lady, Sushmita Sen. Well, Sushmita had gallons of fun at her brother's wedding and had shared tons of pictures and videos from Rajeev and Charu's wedding ceremonies. In fact, one of the first pictures from Charu and Rajeev's D-day that had gone viral on the internet was of a happy Sen family posing for the camera. Take a look. However, as we all know that the couple are living separately, while Charu is living in Mumbai, Rajeev is in Delhi. And, they had decided this after a lot of trouble in their marital life. But on August 22, 2020, Charu had taken to her Instagram handle and had posted some pictures with her Ganpati Bappa. In the photos, she could be seen wearing a beautiful maroon lehenga while posing with the Bappa. Seeing her pictures, her hubby, Rajeev had commented, "Hubby is coming to you @asopacharu jaldi se." Well, it seems like everything is back on track in their marital life and all we are waiting for is a cutesy picture of them together. (Also Read: Ankita Lokhande Has A Message For Sushant Singh Rajput's Nephew, Nirvanh On His First Day Of School) 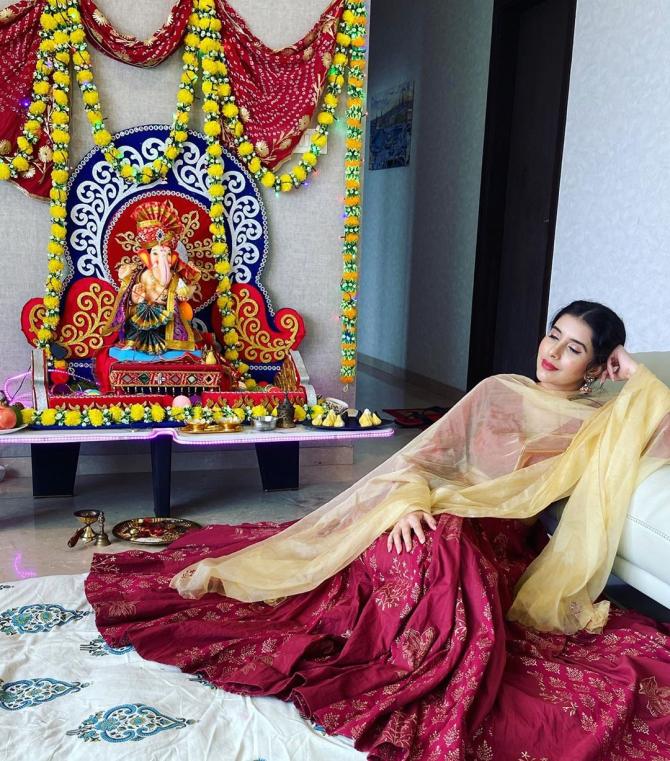 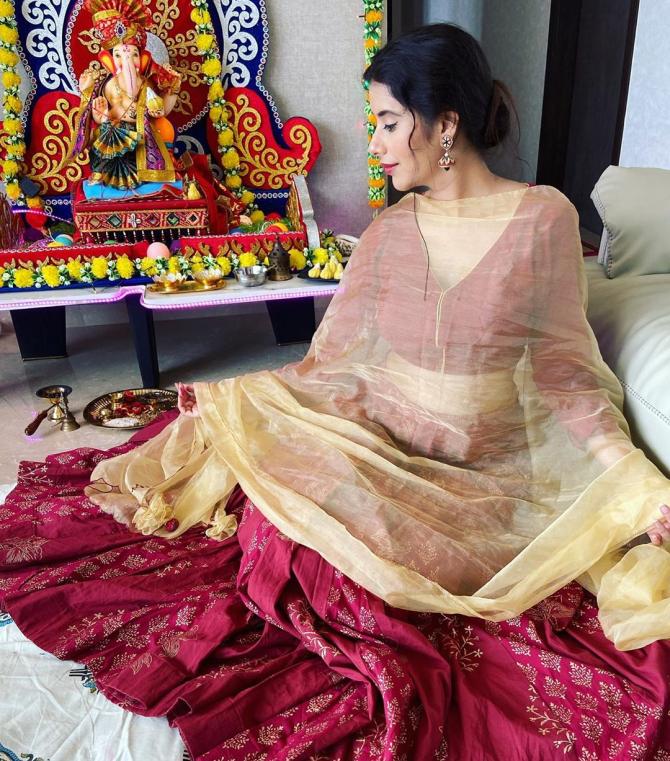 Do you want to see Charu and Rajeev back together? Let us know! 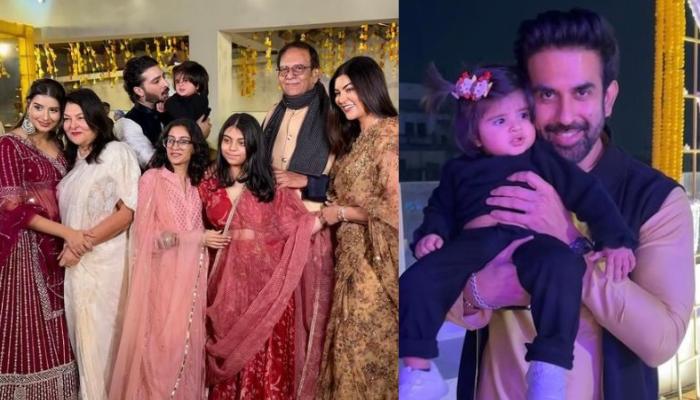 Sushmita Sen reminded us of her character ‘Chandni’ from Main Hoon Na as she wore a beautiful organza saree at a wedding. Sen had created quite a buzz on the internet due to her relationship with billionaire, Lalit Modi. Though the actress did not deny or accept her relationship with