'Mere Angne Mein' actress, Charu Asopa shared a few pictures ahead of her 'Kajri Teej' fast for her hubby, Rajeev Sen amid all the ongoing rumours about their possible split. Take a look!

Television's one of the most popular actresses, Charu Asopa had gotten married to the love of her life, Rajeev Sen on June 16, 2019. It was Rajeev's sister and actress, Sushmita Sen, who had confirmed her brother's relationship with Charu on May 04, 2019. The duo had gotten married in Goa as per Rajasthani as well as Bengali rituals. Since then, their respective Instagram handles are filled with their mushy and oh-so-romantic pictures. However, recently, the couple has openly revealed in a lot of interviews that they're going through an extremely rough patch in their relationship. (Recommended Read: Rhea Chakraborty Would Not Meet SSR's Family, Would Not Let His Friends Contact Him, Says Smita)

But this time around, the scenes are entirely different as the actor, Rajeev has shared a picture of his wife, Charu on his Instagram stories. However, there's no doubt, Charu and her hubby, Rajeev surely look like a match made straight out of heaven despite their current quarrels.Scroll down to know all the current positive exchanges between the couple! 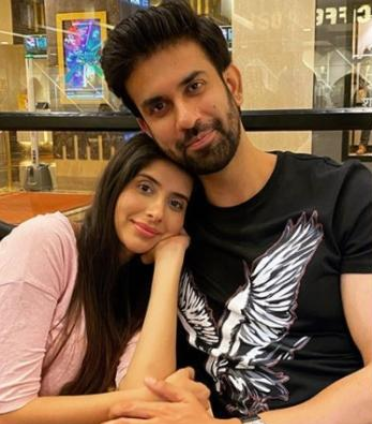 On August 5, 2020, television actress, Charu Asopa took to her Instagram handle and posted seven beautiful pictures of herself, dressed in a Bengali-style saree. The actress aced her traditional look once again and this time in a Bengali style saree ahead of her Kajri Teej fast for her husband, Rajeev Sen. Along with the pictures, Charu wrote a caption, and it could be read as "Sinjhara celebration for kajri teej. Ready for teej fast tomorrow. Happy sinjhara to all the beautiful ladies #bengalisareestyle #kajriteej." Well, the rumours of a possible split of this couple are doing rounds all over the internet. But their exchanges on social media show a completely different story as Rajeev Sen has commented on Charu's post on Instagram and has shared one of her pictures on his Instagram stories too and atop it, he put a red heart emoticon. Take a look. (Don't Miss: Divya Agarwal Shares A Picture Wearing PPE Kit And Mask, Beau, Varun Sood's Comment Is Unmissable) 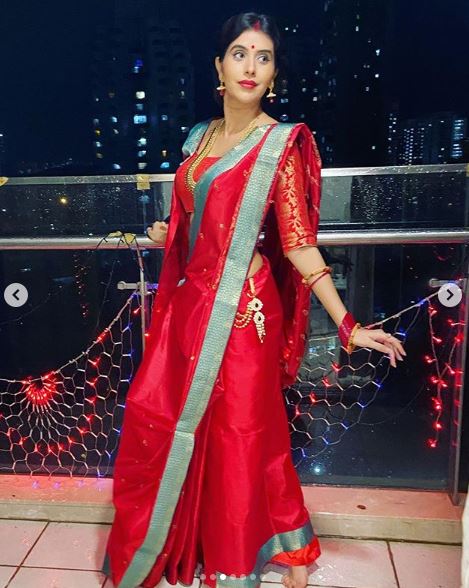 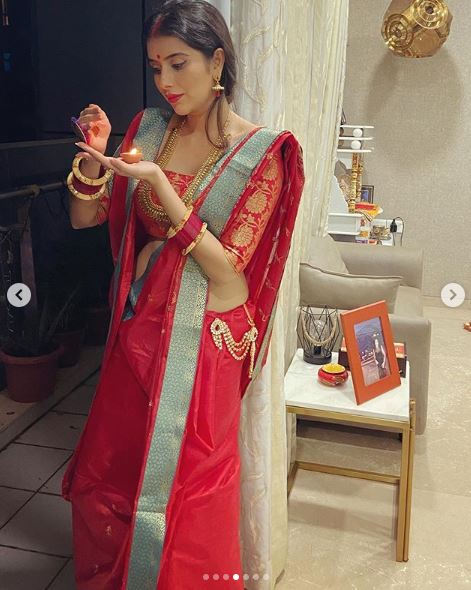 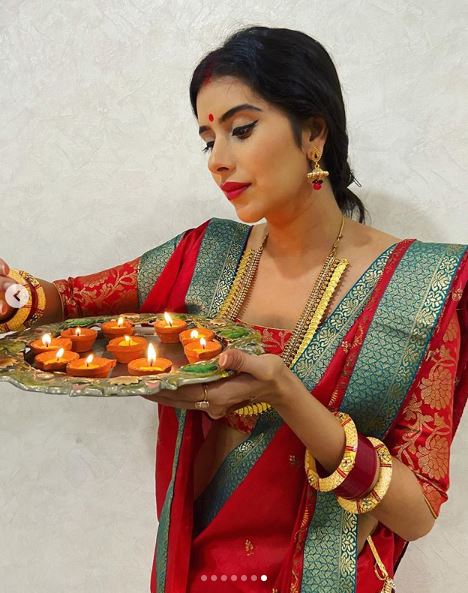 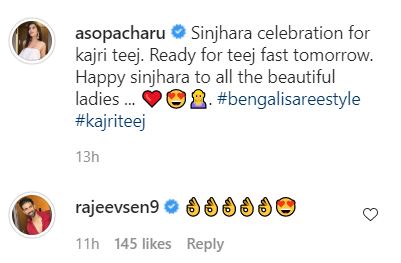 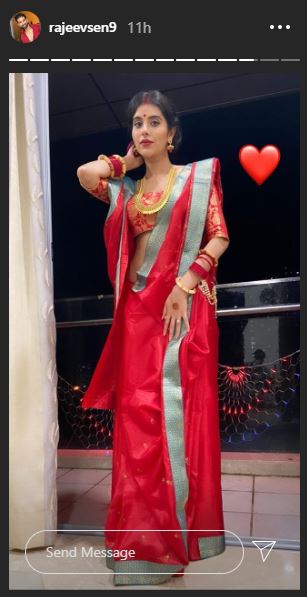 However, we all know that the couple isn't living together and Rajeev had moved out of their house in Mumbai. In an interview with the Bombay Times, Rajeev had reacted to the ongoing reports about his and Charu's split, and he had said, "Why would I move out of my own house? I can't stop laughing at these claims. I have three homes — one each in Delhi, Mumbai and Dubai. I guess someone close to Charu is brainwashing her because she is a simple and innocent girl. It could be someone from her so-called huge friend circle. I hope she doesn't lose her path. If I find out who the culprit is, I will post his or her name along with a picture and many facts. If they are going to hit me, I'm going to hit them back harder." 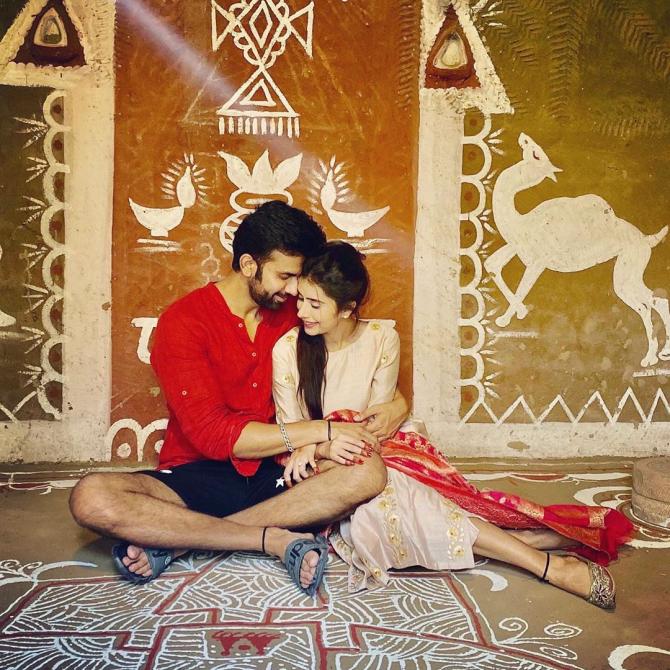 Soon after these comments from Rajeev, his wife, Charu had come forward and had reacted on his comments in an interview with the Bombay Times. She had said, "No one is brainwashing me. I am mature enough to make my own decisions — something that I have always done. Main hamesha se apne decisions khud leti aayi hoon. Maybe, he was brainwashed into deleting our pictures from his social media handles." 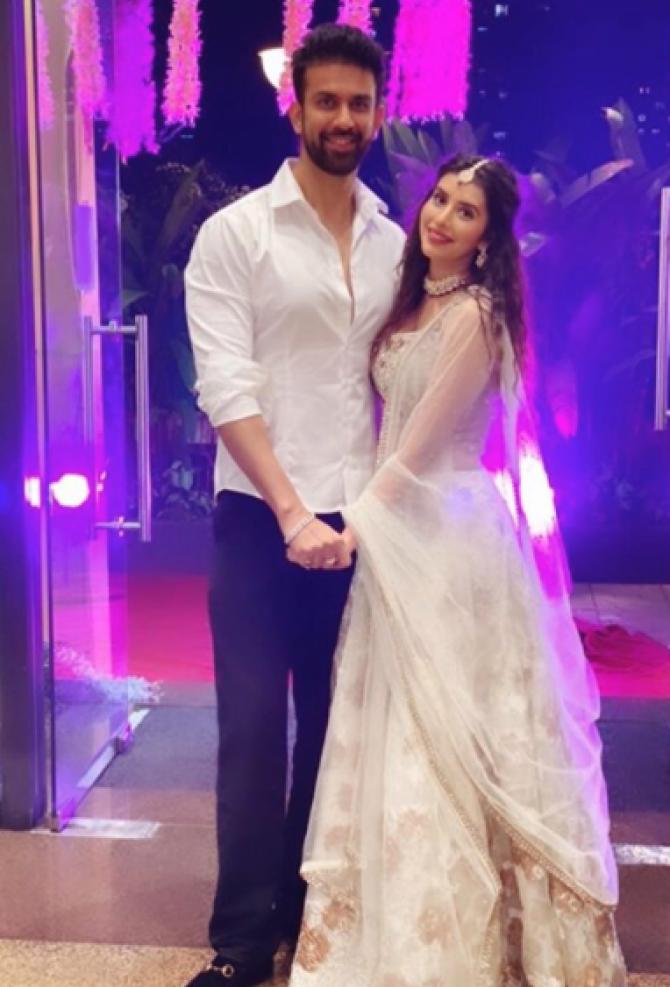 According to reports by the Bombay Times, Charu Asopa and her husband, Rajeev aren't living together anymore. Quoting a source close to the couple, BT had written, "Charu and Rajeev had serious compatibility issues right from the beginning. Things finally came to a head, and Rajeev left for Delhi. The two have not been in touch since then. While Charu has dropped his surname on social media, he has blocked her from all channels of communication." (Also Read: Shoaib Ibrahim Surprises Wife Dipika Kakar By Baking A Delicious Chocolate Cake On Her 34th Birthday) Do you like Charu Asopa's look in Bengali style saree? Let us know!