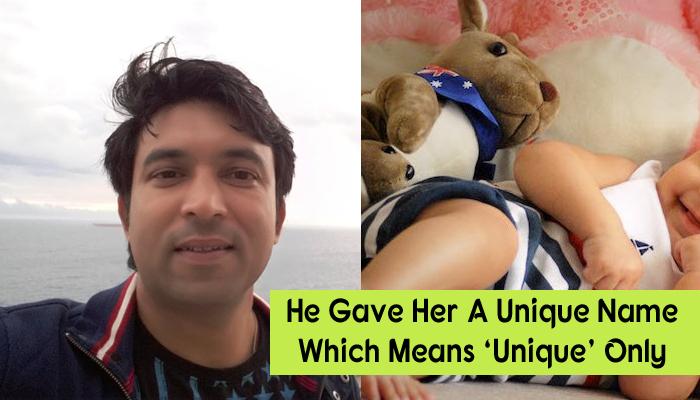 The last few months have been nothing less than a nasty scandal for almost everyone associated with India’s most-loved comedy show, The Kapil Sharma Show.

From the showman, Kapil Sharma shamelessly abusing his crew and actors on a flight, and prominent actors of his show including Sunil Grover, Chandan Prabhakar and Ali Asgar boycotting his show, The Kapil Sharma Show has hogged the limelight for all the wrong reasons.

Recommended Read: Shakti Arora Has Finally Spoken Up About His Breakup News With Neha Saxena 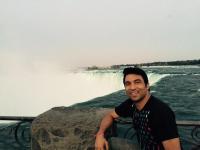 But one actor from the show is unperturbed to a slight extent. The actor from The Kapil Sharma Show clan, who is enjoying the best time of his life despite all the professional disturbances is Chandan Prabhakar. 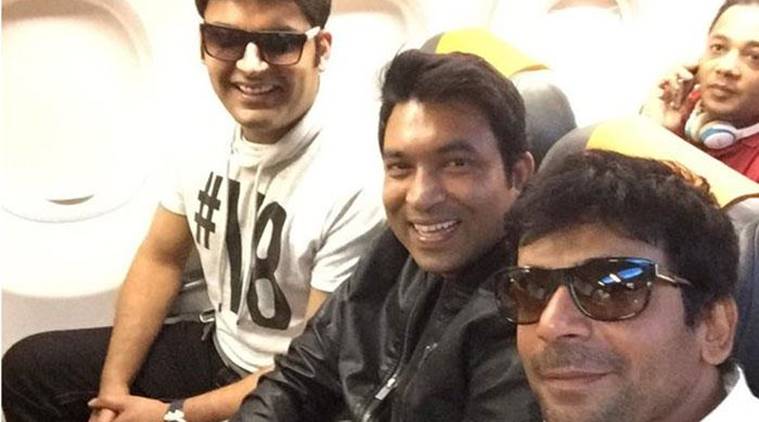 The actor who is famously known as Chandu the chaiwallah, became a dad for the first time in March 2017.

The comedian and his wife Nandini Khanna who tied the knot on April 25, 2015 (READ: Chandan And Nandani Wedding Story), welcomed a beautiful princess on March 31, 2017. 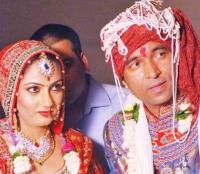 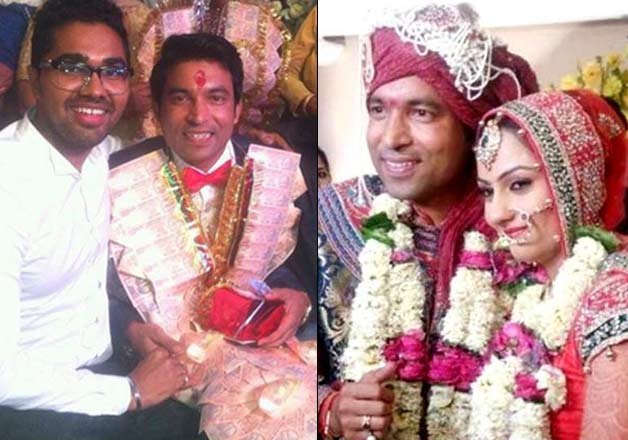 The ecstatic new dad broke the news to all his fans and well-wishers through a heart-warming tweet, which read: 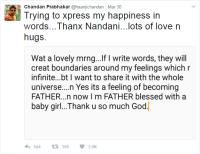 Soon the new daddy shared a beautiful first picture of himself holding his little bundle of joy with all his fans on his official Twitter account. And we must say the little one looks super-adorable curled up in daddy’s hands.

Also Read: 14 Bollywood Celeb Couples Who Kept Media And Fans Away From Their Low-Key Weddings

Here’s the picture that he posted then: 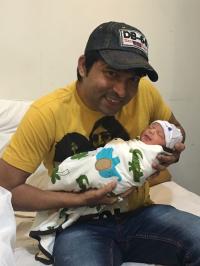 Check out: Dimpy Ganguly Shared A Heartfelt Message On Her Daughter's First Birthday With This Adorable Photo

This is what we call a picture perfect moment! Talking about choosing the name for this cutie pie, Chandan, in an interview with an online portal said:

“Am on cloud nine. We haven't planned the baby's name yet and it will take two or three days. Actually, we believe in the naamkaran ceremony and as soon as the pandit tells the first letter of what can be the name, then we'll do that."

And now, when the little angel is almost of three months, the elated daddy has another lovely picture to share. Lately, he tweeted this aww-dorable picture: 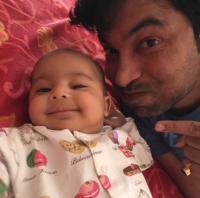 "This is the best frame of my life...thank you God."

Sometime back, he also shared his daughter's name on Twitter. The couple has named their little munchkin, 'Advika', which means 'Unique'. He also shared a beautiful picture of Advika smiling, with a heartwarming caption. Take a look:

“Best phase of life when u come to know the reason behind ur real happiness..yes shez ADVIKA my doll.”

Here’s wishing Chandan and his wife Nandini a wonderful new journey with their tiny shining star. For more updates on your favourite celebs, stay tuned with us.