Celina Jaitly Reveals She Was In A Traumatic Relationship With A Closeted Gay Man, Details Inside

Celina Jaitly Reveals She Was In A Traumatic Relationship With A Closeted Gay Man, Details Inside 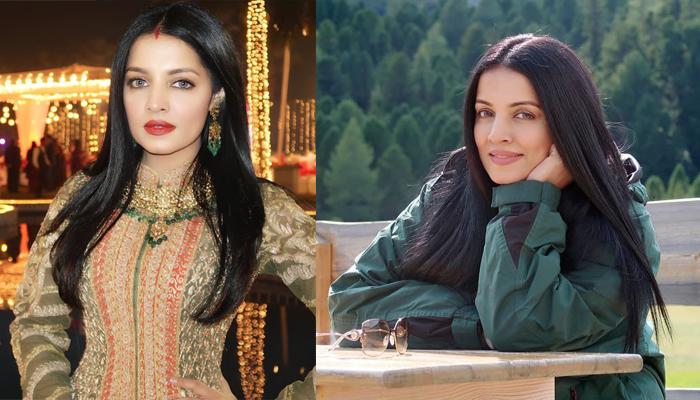 Celina Jaitly is making a comeback to the movies with a short film called Season’s Greetings: A Tribute to Rituparno Ghosh. We all know that the late actor and director was an icon in the LGBTQ+ community and was one of the few celebrities who was openly gay. Celina’s upcoming film revolves around the same theme. (Also Read: Shivangi Joshi Celebrates Mohsin Khan's Birthday With His Family On The Sets, Pics And Videos Inside)

Celina is an official goodwill ambassador of the United Nations program which fights for equal rights for the LGBTQ+ community. Talking to Hindustan Times, Celina said, “A famous gay Kolkata based make-up artist was a mother figure to me in my struggling days as a model there. I closely observed his trials and tribulations as a gay middle-aged man, then as a senior citizen. Incidentally, at the same time I was in a traumatic relationship with a closeted gay man”. 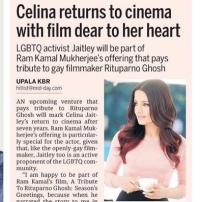 She further added, “At 16, you think prayers and shamans can fix this. Their untimely deaths a few years later made me realise that everyone has the right to life and choose whom they can have a relationship with. I had to do something about it. After 12 years as an activist, the United Nations appointed me as a goodwill ambassador for the same cause and today we have come full circle after the abolishment of Section 377”. 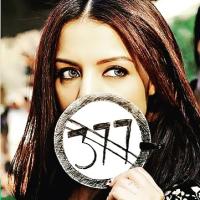 On being asked as to what kept her busy all these years, Celina revealed, “This sabbatical was one of the best things I have done in my life. Career-wise it was never goodbye, it was a sabbatical during which I was able to turn producer and also work on my talents as a recording artist. I performed with Sting on Broadway… I began work on my forthcoming books and truly found peace in pursuing completely different aspects of myself. Motherhood and all of the wonderful things have been such a refreshing blessing to someone who monotonously worked since the age of 15”. (You May Like: Adhuna Bhabani Shares Cosy Pics With Beau And Dino Morea's Brother Nicolo, Wishes Him Birthday) 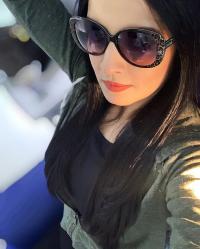 For the uninitiated ones, it must be mentioned here that Celina married Peter Haag, a hotelier by profession on July 23, 2011, in Austria. The couple was blessed with twin boys, Winston Haag and Viraaj Haag in 2012, and then after 5 years, in 2017, they were expecting twins again, Arthur Jaitly Haag and Shamsher Jaitly Haag but sadly one of them couldn’t make it. 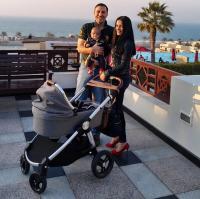 Sharing the news through a media portal, Celina had said last year, “When it rains look for rainbows, when it’s dark look for stars. My dearest friends, beloved fans and followers. On the auspicious occasion of Dusshera we would like to take this opportunity to share with you all the following bittersweet news. The Gods above have blessed us yet again with another set of very handsome twin boys ‘Arthur Jaitly Haag’ and ‘Shamsher Jaitly Haag’ in Dubai on 10th September 2017. However, life is not always how we plan it to be. Our son ‘Shamsher Jaitly Haag’ succumbed to a serious heart condition and could not continue his journey in this world”.

She further added, “Heart-breaking as that is we are very fortunate that a part of him still lives with us through Arthur, whose face will always remind us that an angel who looks exactly like him looks upon us from the arms of his grandfather, my father, in the heavens above, whom we also lost two months ago”. (Suggested Read: Asin Thottumkal And Rahul Sharma Share The First Pictures Of Their Daughter And Reveal Her Name)

Well, we are too excited to see Celina Jaitly on the silver screen again after seven years. Guys, what you have to say about her traumatic relationship? Share your views below.