There is no denying that getting inked is very much in these days. While some have inked religious tattoos, there are others who flaunt funky ones. Getting tattooed permanently is a big deal as it is going to be with you the entire life.

So, why not get something done that means a lot? Nothing can beat the love that we have for our kids, isn’t it? This is what our Bollywood celebs have been doing for a quite a long time now. We have penned down a list of celebrities who have got their children’s name inked on their bodies. Let’s have a look!

Sonam Kapoor Has No Qualms About Revealing Her Actual Age

Grandfather Boman Irani Shares The Pictures Of His Grandson; The Baby Boy Name Is So Unique

'Singham' Actor Prakash Raj Blessed With A Baby Boy At 50 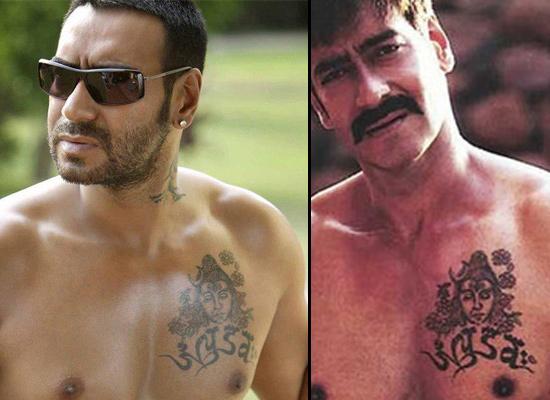 Widely popular for his ‘angry-young-man’ roles, Ajay Devgn is one of the most talented actors that Bollywood embraces. We all have noticed that Ajay flaunts tattoo of Lord Shiva that is there on his chest. Being a fervent disciple of Lord Shiva, he got this tattoo along with his friend Sanjay Dutt when they were shooting for All The Best. But one thing you might not have noticed, that this tattoo is followed by his daughter’s name Nysa. 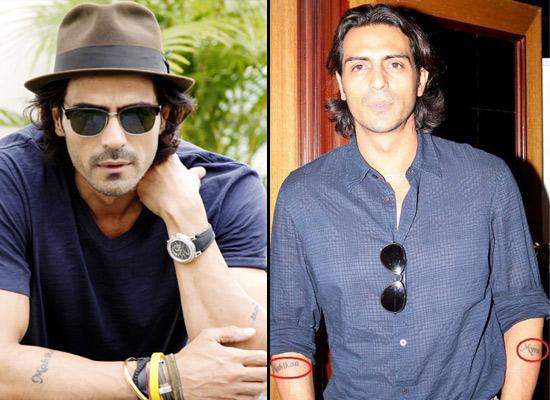 One of the most loved Bollywood hunks, Arjun Rampal also took the same path of getting a tattoo done on his body. If you just give it a closer look, he has got the names of his lovely daughters on both of his forearms. Where Mahikaa’s name is there on the right hand, Myra's name is tattooed on the left. 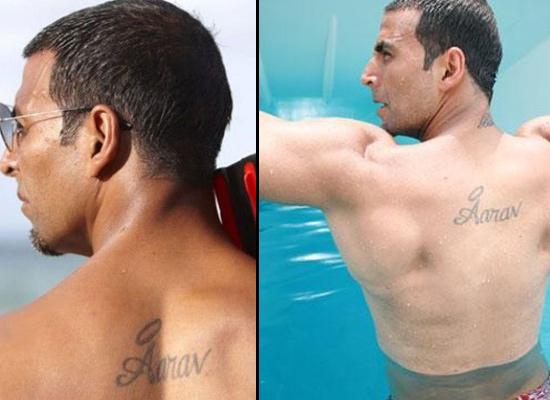 One of the fittest dads in the film industry, Akshay Kumar leaves no opportunity to show his love for his kids and family. He is the biggest fan of his li’l buddy Aarav, and had tattooed his name on his back eight years ago. Moreover, after the birth of his daughter Nitara, he got a tattoo of her name on his left shoulder. Not just that he displays his love for her babies, but he also got a tattoo of Tina’s name above his heart. Such an adorable guy he is! 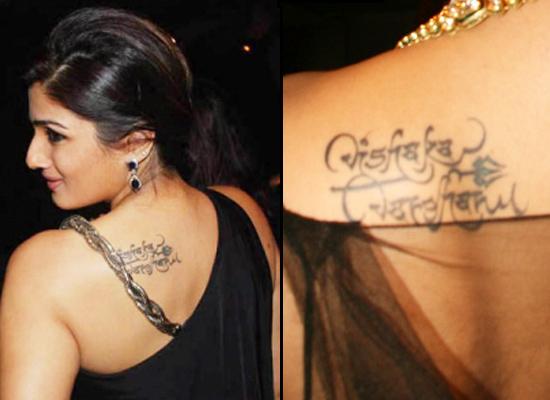 Following the footprints of other Bollywood celebs, Raveena also decided to flash her love for her kids by getting tattoos of their names. Raveena have got the names of Vardan and Vishaka inked decoratively on her left shoulder. Also, the kundli names of the young ones are inked on her back. 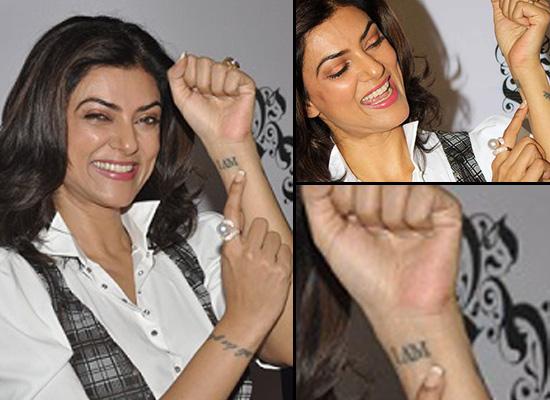 There is no denying clandestine that Sushmita is a tattoo lover as she has got seven tattoos on her body. This single mother boasts all seven tattoos, where one of them being the names of her daughters - Renee and Alicia. This tattoo is right there on her arms. 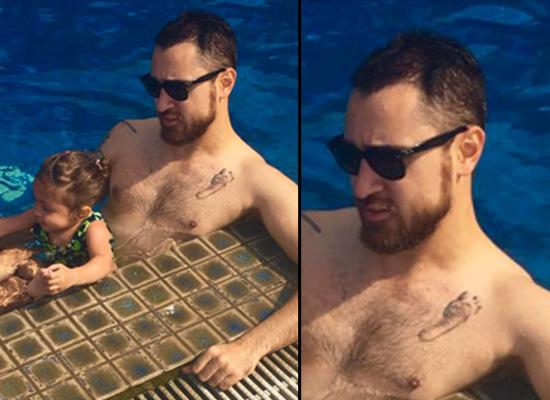 The Jaane Tu...Ya Jaane Na fame actor, Imran Khan too got a tattoo on his chest recently. This was his third tattoo, but was a special and unique one. He followed the tradition of getting inked to project the love for his little baby. But the hatke part is that he didn’t tattoo his daughter Imara’s name, but her footprints to cherish this cute memory forever. The director of Aashiqui 2, Mohit Suri welcomed his daughter on January 2, 2015. The director, who also judged the last season of dance reality show, Nach Baliye, got his daughter’s name inked on his right arm. He did it before he started travelling all across the world for the shooting of his film, Half Girlfriend. He wanted to have the memories of his daughter all through the journey, and eventually his entire life. 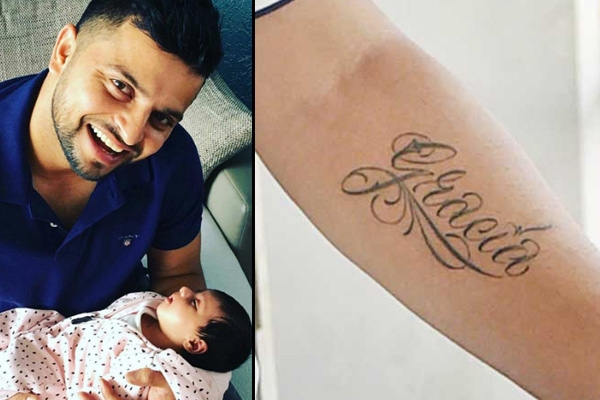 Since the day Gracia was born (May 15, 2016), this famous cricketer has been far away from the eyes of paparazzi. Every father wants to be with their kids and same is the case with Raina. He will soon be travelling for various upcoming cricket matches, but he surely has found a way to be with his apple of eye 24*7. At a press conference sometime back, papa Suresh Raina was seen proudly sporting daughter Gracia's name in a tattoo on his left forearm. Aww...such a lovely daddy he is, no?

In fact, when asked about this new tattoo, he was quoted saying:

"I got this one inked in Holland when I was there for Gracia's birth in May. It was a great way to remember the moment forever. Ab toh kaafi time ho gaya hai, par kisi ne shayad dhyaan nahin diya, ya main public mein zyada aaya nahin."

A parent’s love is unconditional and this sweet gesture from these celeb parents are nothing but pure goals. In case we have missed out on some names that need to be added on to list, do let us know in the comments section below!

Sonam Kapoor Has No Qualms About Revealing Her Actual Age

Grandfather Boman Irani Shares The Pictures Of His Grandson; The Baby Boy Name Is So Unique