If you spend most hours of your day with one person that too for months together, you are bound to develop some feelings for them. And boy oh boy, even the world love to see couples in love, especially, if they are celebrities!

One such place that gave us a lot to talk about is none other than the Jhalak house. Yes, we are talking about the popular dance reality show, Jhalak Dikhhla Jaa, which has been running in India for 8 seasons now, and all the link-ups and affairs that brewed during its episodes in all the seasons. So, here is a list of the 7 most talked-about ones. 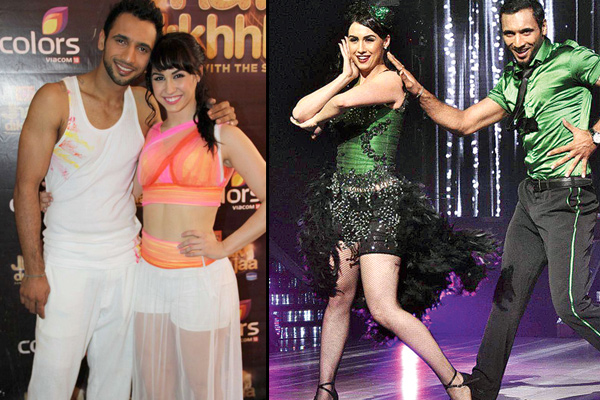 First a contestant, then a judge, Lauren Gottlieb sure has come a long way. Not only is she an amazing dancer, but her allotted partner, Punit had some awesome moves to show the world. Indeed, one of the best-looking couples on the show, there were speculations of them being a couple in real life too. The two also starred in the dance drama film series, ABCD and ABCD 2, directed by Remo D’souza. Lauren also became a frequent visitor at Punit’s house, helping his mom in the kitchen. Though the two did not confirm this rumour, but there is no smoke without fire, is there? Karan, the loverboy of Jhalak, sabotaged his marriage when he fell for his choreographer, Nicole, during the show. He got divorced to his then wife, Shraddha Nigam, who supposedly brought him in the industry. And after the show got over, he continued his new relationship with his choreographer friend. But, that too did not last long. He then, got married to the famous television actress, Jennifer Winget. And as they say, old habits die hard, divorce bells were soon followed. This time however, it was his closeness to his then co-star and now wife, Bipasha Basu, that caused their split. Karan and Bipasha tied the knot on April 30, 2016 and this is Karan’s third marriage.

The two were not only a rumoured couple in the first season of Jhalak, but also went on to do another reality dance show, Nach Baliye, as a couple after this show. Pooja was even quoted by a tabloid as saying:

“I love his company. We spend a lot of time together. We travel out of town together. I like his presence around me. He is fun to be with. He is great energy. He is very close to me. Also, he often comes to my house. And when he doesn’t for a few days, my kids miss him terribly. They adore him.’’

But after their split, Hanif was quoted as saying in an interview:

“It’s just that both of us reached a point where we didn’t see each other as prospective spouses. It was a very difficult decision. But it was made mutually. We both realised we weren’t moving ahead in the direction we wanted to. Age was never an issue.” 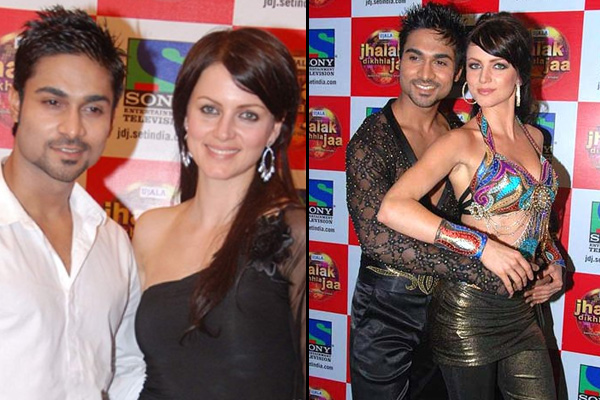 One of the most sizzling couples on the show, their dance performances and their chemistry, both were responsible for setting the stage on fire. And, they certainly did date for about six months after the show, which was evident from the fact that the two were seen walking hand in hand to every event or party. They were also more than open about their affair at Vijay Mallya’s birthday bash a few years back. But, it was said that due to her increasing work commitments, Yana called off the relationship.

Also Read: 12 Magical Couples Made By Ekta Kapoor Who Fell In Love In Real Life Too Famous because of her role in the popular Indian drama, Sapna Babul Ka...Bidaai, Parul was linked to her choreographer, Deepak. Even though she claimed that there was no such thing going on between the two of them, and that he was already in a steady relationship, their link-up was a favourite one among the media. 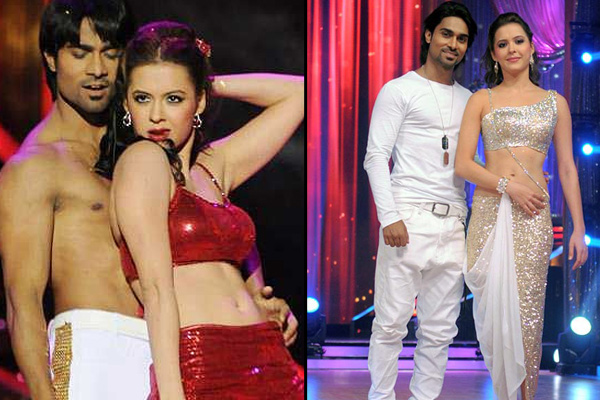 Either Salman has the power to attract hot women like a magnet, or the media likes to keep him in the limelight. After Yana Gupta, there were speculations that he was dating his then celebrity partner, Isha Sharvani. The host of the show and the co-contestants were also seen pulling their leg about the same during the episodes. And, because Isha had just come out of a long-term relationship, the rumors got some more attention considering that she was then single.

Also Read: 21 Most Famous And Yet Controversial Love Triangles Of Bollywood 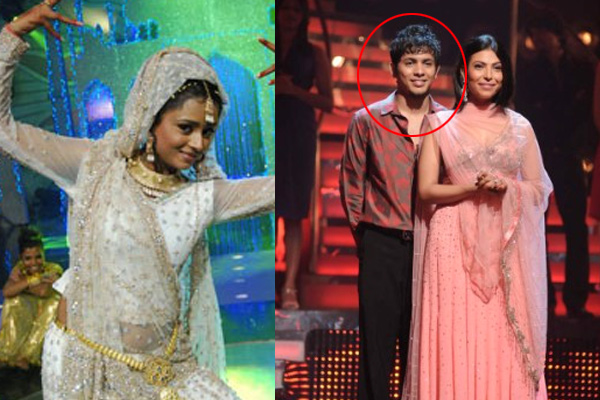 It was as if one link-up was not enough, Parul was again linked to her co-contender, actress Shilpa Shukla’s choreographer, Nishant Bhatt. She even stated in one of her interviews:

“We are just good friends. I don’t know why I am being linked to choreographers– one after the other. Earlier, I was linked to Deepak, even though he had a steady girlfriend and was senior to me by many years. And now it is Nishant!”

However, Nishant had something different to say. When asked about Parul, he said:

‘’Yes we like to hang out together and have been to movies and dinners together. Right now, we are nothing but good friends. How can I say what the future holds for us? Both of us are at a very important juncture of our careers. Jhalak has changed our lives. Right now, both Parul and I cannot think of anything but our careers."

And as mentioned earlier, there is no smoke without fire, there sure seems to be some truth behind all this gossip. But anyhow, we enjoyed seeing these beautiful looking people together and wish to see some more link-ups in the future seasons too!

NEXT READ: Bigg Boss House Celebrity Couples Who Were Once Madly In Love But Can't Stand Each Other Now