Amidst all the twists and turns in Sushant Singh Rajput's death case, now, CBI is all set to meet the AIIMS board for their final report. Check out the details inside! 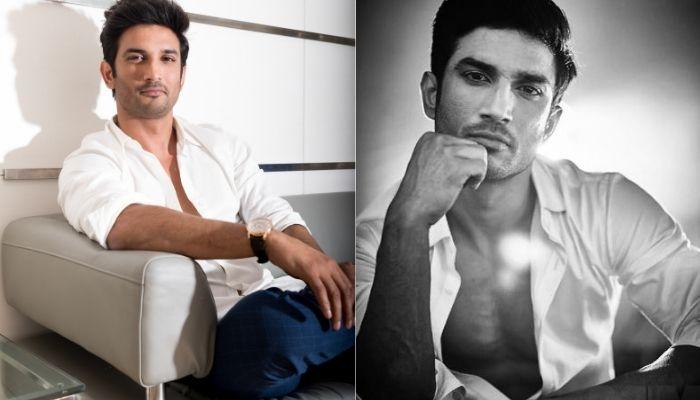 It’s been three months since Sushant Singh Rajput’s mysterious death and yet the nation is seeking the truth. Sushant was found hanging in his home on June 14, 2020, leaving the nation startled and teary-eyed. The #warriorsforSSR are working in full form to get justice for SSR. It was public, who had started finding foul play in Sushant’s death and post the nationwide uproar, Sushant’s family had filed a complaint against his girlfriend, Rhea Chakraborty to seek justice. (Also Read: Kareena Kapoor Khan Shares Childhood Photo Of Sister Squad, Kareena-Karisma-Riddhima With Raj Kapoor)

After months of efforts and chaos between Mumbai police and Bihar police, the case was handled to CBI for further investigation, giving hope to the nation that justice will be served soon. It had started with ED figuring out the money laundering case made against Sushant’s girlfriend, Rhea Chakraborty and now, with Rhea’s arrest in Narcotics case, the case is taking new twists and turns every other day. Amidst all the fiasco, it is reported that CBI is planning to focus on ‘homicide’ theory.

According to a source of Times Now, the Central Bureau of Investigation has planned that the final investigation report in Sushant Singh Rajput’s death case should be ‘conclusive’, without any confusion and is said to focus more on ‘homicide’ theory. The report is expected to be submitted within a few days, before a formal meeting of the medical team on September 17, 2020. The medical board of AIIMS was given the task of examining the medical aspects of the mysterious death of Sushant Singh Rajput.

As it marks three months to Sushant Singh Rajput’s death on September 14, 2020, his sister, Shweta Singh Kirti shared a smiling video of his on her IG handle. Shweta is leading the #JusticeforSSR movement from forefront and is hell bent to bring justice for her brother. Paying her tribute for Sushant, Shweta shared a heart-warming yet heart-wrenching video of Sushant, smiling and living in the moment. Along with the video, Shweta wrote, “What A Heartwarming Smile” followed by a red heart emoticon. Take a look:

Shweta Singh Kirti has been demanding justice for her brother and has been fighting for him. On September 2, 2020, She had taken to her Instagram handle and had shared an emotional video of her bhai, crying on a reality show. It was a heart-wrenching video, but her caption had revealed the pain the family is going through every second of the day. Shweta had written, "I lost my brother and my heart bleeds everyday...how long will it take to find the truth... when will we be able to find closure? #JusticeForSushantSinghRajput #Warriors4SSR." Check it out below:

Shweta has been keeping her brother, alive in her memories. On August 31, 2020, Shweta Singh Kirti had taken to her Instagram handle and had shared a collage, consisting of some pictures from their dance on the iconic song, 'Tu cheez badi hai mast mast'. In the collage, we could see the brother-sister duo with wide smiles on their respective faces and a family picture in the bottom too. Along with this beautiful picture, Shweta had revealed in the caption that it was their elder sister, Nitu Singh's wedding anniversary. Her caption could be read as "Bhai and I in May of 2014. We were dancing to the tune of 'Tu Cheez Badi hai mast mast' after 20 long years on the occasion of the wedding anniversary of Rani Di and Jiju. #MissYouBhai #MyBrotherTheBest." (Recommended Read: Himanshi Khurana Says 'They Don't Love You Like I Love You' In A Cryptic Post, After Breakup Rumours) Along with Shweta, it is Sushant’s ex-girlfriend, Ankita, who is fighting for #justiceforSushant, holding his sister’s hand. Taking to her Twitter handle, Ankita had penned how difficult it is to forget some memories with our dearest ones on Sushant’s third month death anniversary. Ankita had written, “Time flies fast . Life goes on at its own pace But some memories can never be forgotten of our dearest ones. You will always remain in our thoughts Sushant. #Justice4SSRIsGlobalDemand #itsalready3monthstoday  @shwetasinghkirt @vikirti @jainvick.” (Don't Miss: Neetu Kapoor, Ranbir Kapoor, Alia Bhatt, Bharat Sahni Dance To Surprise Riddhima Kapoor On Birthday)

Time flies fast .
Life goes on at its own pace
But some memories can never be forgotten of our dearest ones.
You will always remain in our thoughts Sushant . #Justice4SSRIsGlobalDemand #itsalready3monthstoday @shwetasinghkirt @vikirti @jainvick pic.twitter.com/Ij452X02Qk

What are your views about CBI’s investigation of homicide angle? Let us know!