Raj Kundra's Most Expensive Gifts To Shilpa Shetty: From A Diamond Ring To A Plush Home Worth Crores

Raj Kundra's Most Expensive Gifts To Shilpa Shetty: From A Diamond Ring To A Plush Home Worth Crores

Here's a list of the most expensive gifts received by Bollywood actress, Shilpa Shetty Kundra from her businessman-husband, Raj Kundra. Details inside!

Also, at the same time, the two take care of each other's happiness and needs as individuals. That is one of the reasons why their married life still radiates the glow of teenage love even after all these years. From going on dinner dates to doing a lot of entertaining stuff with each other, Raj Kundra and Shilpa Shetty Kundra are nothing less than a textbook couple, who never gets old. Here's a list of some of the most expensive gifts given by Raj to his wifey, Shilpa, in all these years that will surely drop your jaw on the floor!

Recommended Read: Nita Ambani's Most Expensive Things: From Multi-Crore Jewellery Collection To Her Saree Worth Lakhs 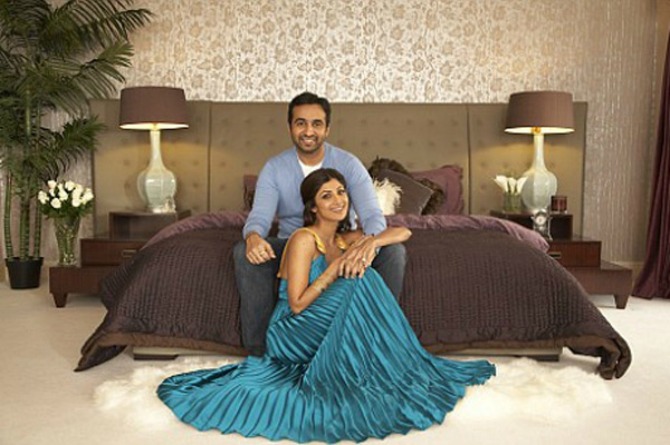 In many of her old interviews, Bollywood actress, Shilpa Shetty Kundra has revealed that one of her life's biggest dreams was to have a sea-facing bungalow in Mumbai. Well, her doting husband and businessman, Raj Kundra, had made sure to fulfil his ladylove's big dream, as he had gifted her a luxurious sea-facing villa in Mumbai. The gift was surely a special one for the gorgeous actress, Shilpa Shetty Kundra, as it was her long dream to have a posh home like this one. Talking about the price of this breathtaking property, Raj Kundra had spent an estimated amount of Rs. 100 crores to get this high-priced villa. As per the reports, the name of Shilpa and Raj's sea-facing bungalow is 'Kinara'. 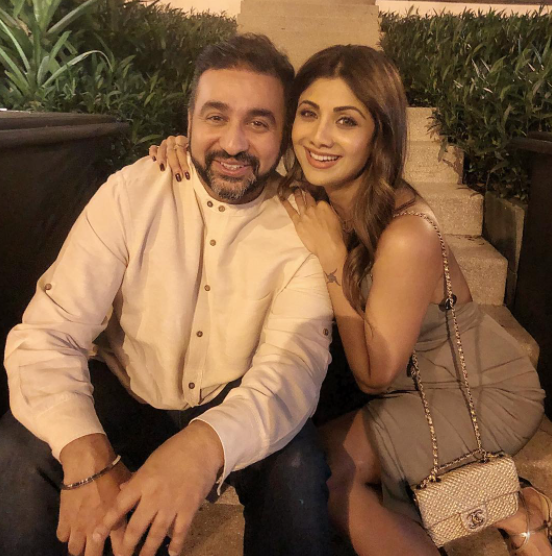 In an interview with Pinkvilla, Shilpa Shetty Kundra had opened up about her obsession with Versace bags and had stated that her husband, Raj Kundra was aware of it, when they were dating each other. The actress had revealed that Raj always tried to woo her with expensive gifts, but she was left stunned when he had gifted her three Versace bags. Recalling the incident, Shilpa had said:

"He was trying to woo me with Versace bags. In fact, he sent me three bags of the same style in three different colors, and I was astonished. He was constantly throwing hints at me. But, I asked him to give it a full stop as I want to spoil the friendship and bond we shared. Moreover, I was never going to shift to London, though I was dying to get married at that time." 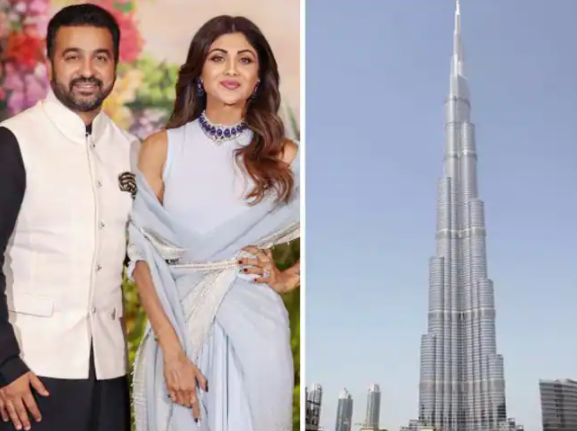 Even for some of the richest people in the world, spending one night in the world-famous plush hotel, Burj Khalifa, is bank-breaking. But it isn't the case for London-based businessman, Raj Kundra, as he had purchased an apartment on the 19th floor of the luxurious hotel for his lovely wife, Shilpa Shetty Kundra, on their wedding anniversary. The doting husband had bought the luxury apartment at a gigantic price tag of Rs. 50 crores. However, Shilpa Shetty Kundra had sold it in 2016, stating that instead of travelling with a full entourage, she likes to stay in a plush hotel, where everything is served. 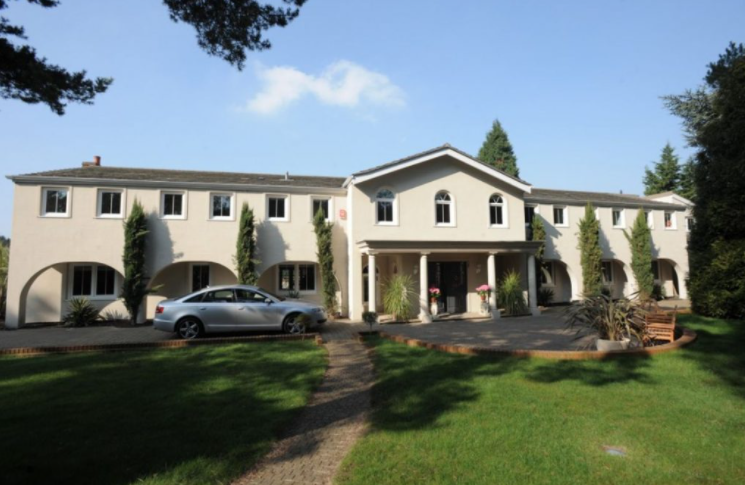 According to reports, Raj Kundra was still married to his ex-wife, Kavita, when he had gifted his seven-bedroom house to his then-girlfriend, Shilpa Shetty. It is reported that Raj had told Shilpa about selling his magnificent property at the St. George's Hill Estate, United Kingdom, after his divorce with Kavita. The actress had stopped Raj from selling it, as Shilpa had liked the house a lot and had seen it as a perfect 'family home' for her and Raj's kids. After which, the then-doting boyfriend, Raj, had gifted the plush property called 'Raj Mahal' to Shilpa.

You May Like Also: From Rolls Royce Ghost To Flats In Palli Hill, Expensive Things Owned By Sanjay Dutt And His Wife

#5. When Raj purchased a posh flat for Shilpa in Central London 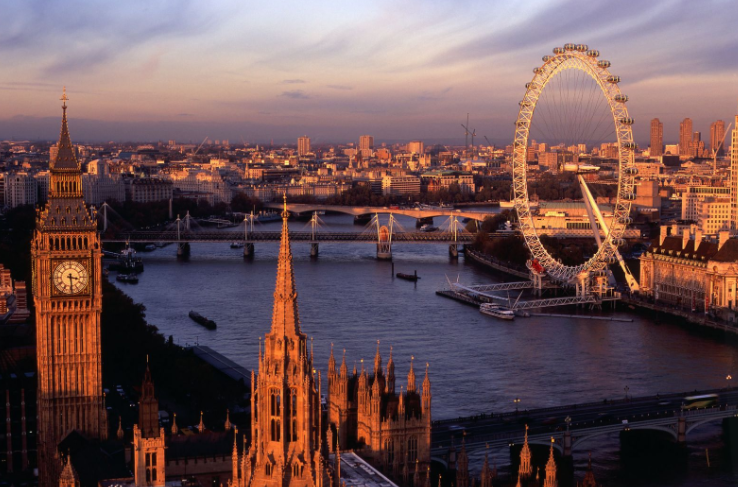 It is a known fact by now that, if wooing your partner is an art, then Raj Kundra is the master of it, as, over the years, he has stunned everyone by gifting some costly gifts to his darling wife, Shilpa Shetty Kundra. 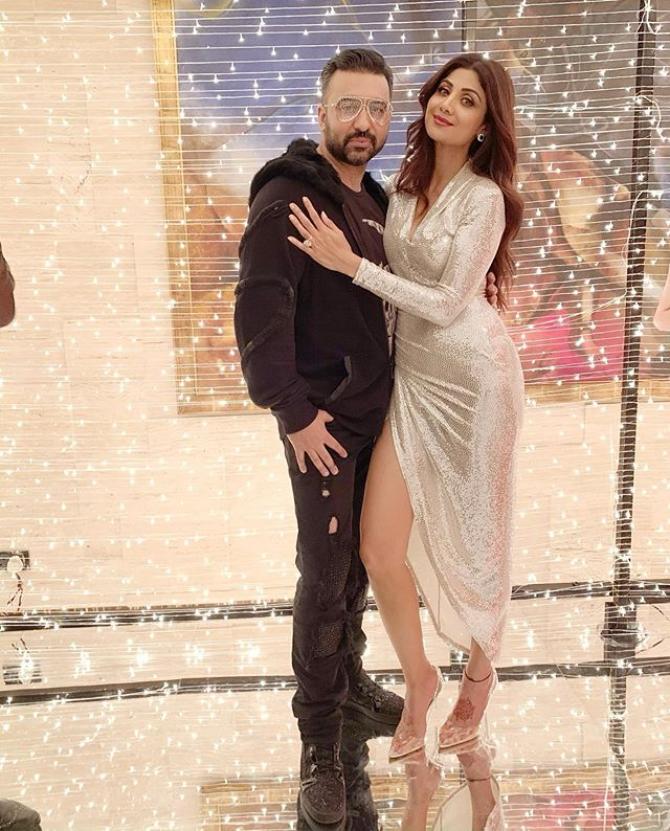 However, the businessman had shocked everyone when he had gifted a lavish apartment worth Rs. 7 crores situated in Central London to Shilpa. For the unversed, London is Shilpa's hot-fave destination globally, which is why Raj had gifted her this luxury home.

#6. Raj bought a house opposite Big B's Jalsa to prove his love for Shilpa During their dating phase, Shilpa Shetty had made it clear that she won't be settling down in London, bidding farewell to her career in Bollywood. As a result, her then-boyfriend, Raj Kundra, had a big decision to make, whether he would part ways with Shilpa or settle down with her in India. Well, the true lover had chosen Shilpa over anything and had proved his seriousness to her by buying an entire 7th floor in a luxurious apartment opposite Amitabh Bachchan's Jalsa. Apart from luxury houses and branded handbags, Raj Kundra has left no stone unturned to make his ladylove, Shilpa Shetty Kundra, feel super-special. As he had also gifted the super-expensive car, BMW Z4, worth Rs. 80 lakhs to Shilpa. The businessman is a huge fan of swanky cars, and no wonder his choice to pick up BMW Z4 as the gift for his wifey speaks volumes about his knowledge of cars. The luxury 2-seater car is equipped with a 3.0-litre in-line six turbocharged petrol engine. 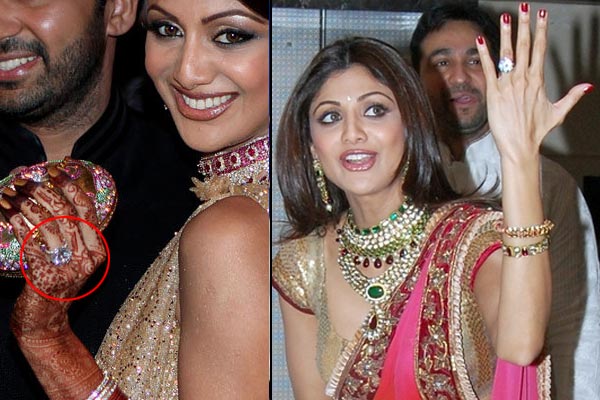 Last but not least, is the rare and extremely costly wedding ring given by Raj Kundra to his wife, Shilpa Shetty Kundra, during their wedding. As per the reports, the businessman had purchased a 20-carat diamond ring for Shilpa that had cost him Rs. 3 crores. 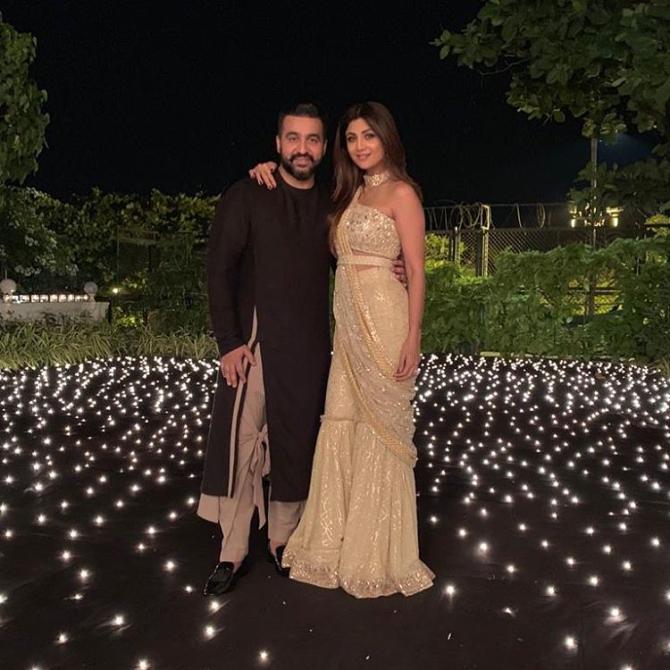 Apart from these super-expensive gifts, the way Raj Kundra pampers his gorgeous wife, Shilpa Shetty Kundra, with his cute antics and lovely gestures, is second to none. The doting husband never misses a chance to credit his wife for all the success he has achieved in his life. No wonder Shilpa and Raj are one of the cutest couples in the entertainment industry!

Next Read: Most Expensive Things Owned By Nia Sharma: From An All-White Decor Home To A Swanky Audi, And More