Bollywood producer, Boney Kapoor showered praises on his late wife, Sridevi for her acting in the film, 'MOM'. Take a look! 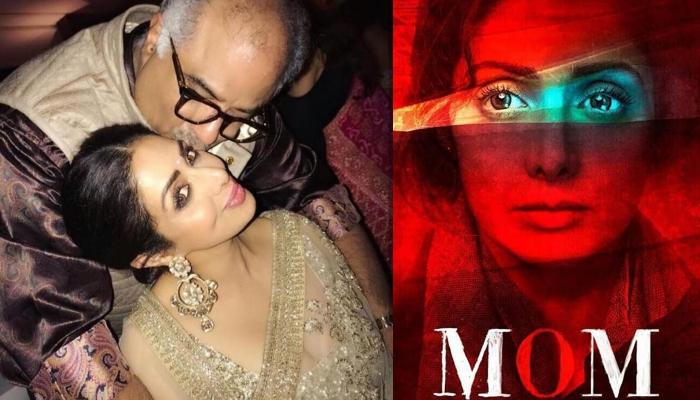 One of the finest actresses and dancers in the history of Indian cinema, Sridevi had passed away on February 25, 2018, in Dubai in a bathroom tub of a hotel. Her loss had created a void in the lives of her husband, Boney Kapoor and kids, Janhvi Kapoor and Khushi Kapoor, and her fans have also got hit hard, knowing about the demise of this tragedy. Since then, all of them are supporting each other and fighting with the pain of not having Sridevi with us at this moment. However, it’s the legacy of Sridevi that’ll always make us smile and proud of her. (Recommended Read: Abhimanyu Dassani Talks About His Mother, Bhagyashree's Comeback With 'Thalaivi', Praises Her Talent)

For instance, recently her film, MOM has completed three-years of its release and on this special occasion, the late actress's husband, Boney Kapoor has showered praises on her. The husband, Boney Kapoor, has appreciated the hard work of the whole team and shows what a doting husband he is. Please scroll down to see his tweet! 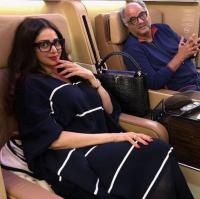 On July 7, 2020, Bollywood producer, Boney Kapoor took to his Twitter handle and posted two movie posters of his late wife and actress, Sridevi’s film, MOM. The film has completed three years of its release, and the doting hubby showered some praises on his wife’s incredible acting and other members of this hit-film. In his tweet, Boney Kapoor threw some light on how quickly these three years had passed, and it can be read as “How time flies..it’s three years since the release of MOM. Will always be remembered for National Award-winning performance of @SrideviBKapoor & the entire cast and teams stellar performance and hard work #AkshayKhanna @Nawazuddin_S @Iamsajalali @adnanactor @raviudyawar @arrahman.” Take a look. (Don’t Miss: Irrfan Khan's Son, Babil Khan Shares Emotional Note About His Dad Losing Against Hunks At Box-Office)

Ever since the legendary actress, Sridevi had left us, we have seen Boney Kapoor drowned in emotions most of the time. On their 22nd wedding anniversary when Sridevi was not with him, he had poured his heart out. On June 2, 2018, Boney Kapoor had taken to his Instagram account and had shared an adorable couple picture with a sweet and straight wish in the caption, and it could be read as “Happy Anniversary”. Then, he had taken to Sridevi’s official Twitter handle and had shared a video which is a sort of amalgamation of Sridevi’s candid last moments in Dubai. In the caption, he had written, “Today would have been our 22nd wedding anniversary Jaan My wife, my soulmate, the epitome of love, grace, warmth and laughter lives within me forever”. 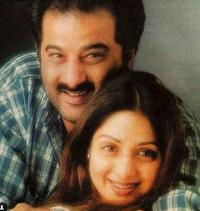 Today would have been our 22nd wedding anniversary. Jaan... My wife, my soulmate, the epitome of love, grace , warmth and laughter lives within me forever... pic.twitter.com/0XWhFIvOvz — SRIDEVI BONEY KAPOOR (@SrideviBKapoor) June 2, 2018

Not just in Boney Kapoor’s life but there’s a massive void in the life of their daughters, Janhvi Kapoor and Khushi Kapoor. And Boney Kapoor is quite aware of that since the demise of Sridevi. When she had died, Boney Kapoor had written a heartfelt letter as a tribute to his late wife, Sridevi. He had penned, “Losing a friend, wife and mother of your two young daughters is a loss inexplicable in words. I want to express my sincere gratitude to my family, friends, colleagues and well-wishers and all of you countless fans of my Sridevi who have stood by us like rocks. I am blessed to have the support and love of Arjun and Anshula, who have been such pillars of strength for myself, Khushi and Janhvi. Together, as a family, we have tried to face this unbearable loss.” (Also Read: Sameksha Singh Gets Married To Long-Term Boyfriend, Shael Oswal At A Local Gurudwara In Singapore)

We miss you Sridevi ji!