Arjun Kapoor is under home quarantine and his sister, Anshula is taking care of him. On September 14, Boney Kapoor revealed how proud he is of Anshula for managing everything well.

Family plays a vital role in an individual’s life and any celebration of our life is incomplete without our family. From sharing our problems to giving us a perfect solution, they are the ones, who ensure our well-being. Having somewhere to go is home and having someone to love is family. After a difficult day, we always want to head back to our home because somewhere we know that there are people, who will understand us. (Also Read: Smriti Khanna's Unseen Picture From Her 'Muh Dikhayi' Ceremony Proves Happy Brides Are The Prettiest)

The Kapoor family (Arjun Kapoor’s) is one such khandaan where all the siblings stand like a pillar for each other. After the death of Sridevi, it was Arjun Kapoor and Anshula Kapoor, who had not only become their father, Boney Kapoor’s strength but had made sure to be always there for their half-sisters, Janhvi Kapoor and Khushi Kapoor. Since then, the bond between Arjun, Anshula, Janhvi and Khushi has been hitting the headlines and is giving major sibling goals. Not only this, when Arjun and Janhvi had appeared together in an episode of Koffee With Karan, the brother-sister duo had revealed about their family WhatsApp group named 'Dad’s kid' where each one of them updates everything. Some days back, Arjun Kapoor had taken to his IG handle and had informed his fans about being tested positive for COVID-19. The actor had isolated himself and had informed everyone that he would be under home quarantine. Since then, his sister, Anshula Kapoor has been taking care of him while managing the house and her work. On September 14, 2020, their father, Boney Kapoor took to his Twitter handle and revealed how proud he is of his daughter, Anshula. He wrote, “Very Proud of my daughter Anshula who in these difficult times has taken care of Arjun during his quarantine, managing the house and also her social welfare platform Fankind.”

Very Proud of my daughter Anshula who in these difficult times has taken care of Arjun during his quarantine, managing the house and also her social welfare platform Fankind.

After Sridevi’s untimely death, Arjun and Anshula had stood like a pillar of strength for their father, Boney and half-siblings, Janhvi and Khushi. Sometime back, the Namaste England actor had re-tweeted a blog titled 'A good upbringing by an inspiring mom!!!' with a picture of him with Anshula, Janhvi and Khushi from Sonam Kapoor Ahuja and Anand S Ahuja's wedding reception. Acknowledging the blogger, Arjun had tweeted, "Hey @aakanksha3131, me & @anshulakapoor represent our mother every single second we live...she would expect us to have been standing next to our father no matter what n be there for Janhvi & Khushi... thank you for ur kind words bout our mother...as she would say god bless u..." (Also Read: Smriti Khanna's Little Doll, Anayka's Cuteness Knows No Bounds As She Grabs Their Pooch, Lucas) 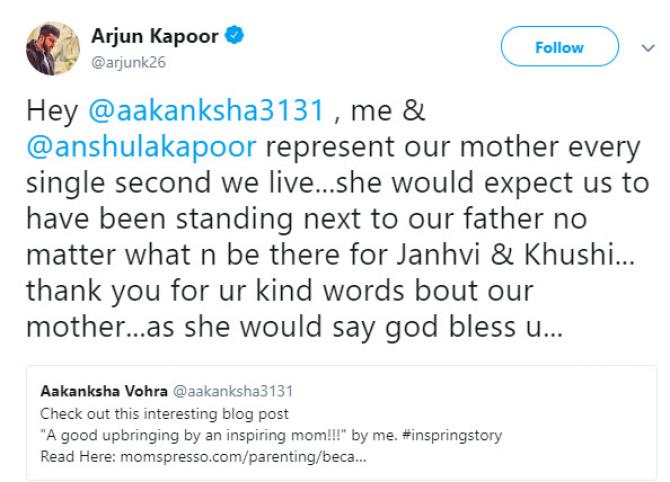 On December 4, 2018, Arjun Kapoor had taken to his IG handle and had reposted a monochrome picture of his mother, Mona Shourie and had penned an emotional note for his sister, Anshula Kapoor. He had written, “I know she is my sister and I can pick up the phone and tell her this... But strangely sometimes it is easier posting things. It feels cathartic. It's okay Anshula Kapoor, you don't have to be an adult all the time." Referring himself as a "useless man-child" and thanking Anshula for standing by him through thick and thin, Arjun had added, "You handle me, the most useless man-child in the world and you still manage to keep your sanity. It's fine. We will take things one day at a time.” Arjun had concluded his post by writing how he always strives to be a reflection of his mother. He had written, "I wish I could be more like her or just give you the time with her that you crave but the reality is that I can't even be like her even if I try. She was special and unique and you are more of an extension of her than I can be... Love you. I'll be home soon to trouble you." (Also Read: Athiya Shetty Pumping Iron With Her Daddy, Suniel Shetty Gives Us Major Fitness Goals [Photo Inside]) 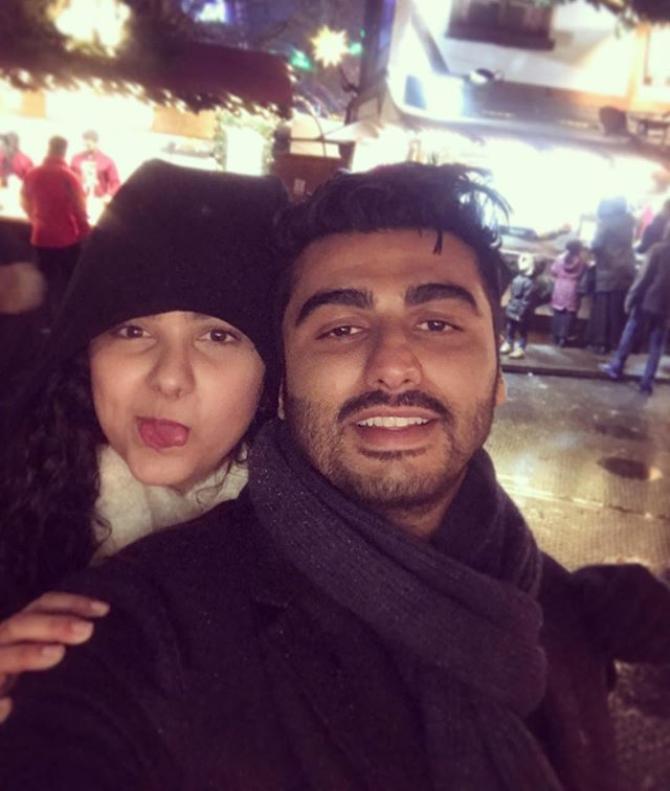 What do you think about Arjun and Anshula’s bond? Let us know.