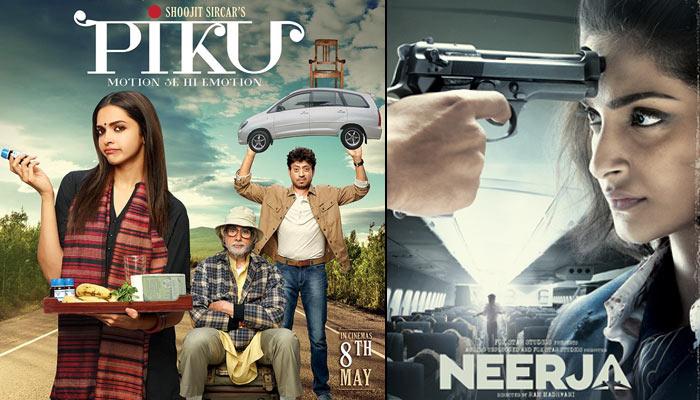 There was a time when women in Bollywood were ‘Heroines’ not ‘Actresses’. In yesteryears of Bollywood, most of the heroines were there in the film either for dancing or for playing the role of a ‘damsel in distress’. They were mostly portrayed as the weaker sex who were always abused by one man, and supported by another.

But slowly, a few Bollywood beauties broke those moulds, and redefined an 'Indian Woman’ as not only beautiful but also bold, independent and strong. Here is the list of those Bollywood divas who charmed us on silver screen with their power-packed performances in these women-centric films!

TRENDING: Arjun Kamath's Haunting Photo Story About A Woman's Courage Will Shake You To The Bones 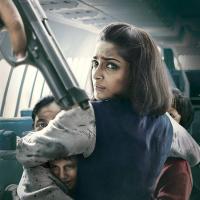 The recently released Neerja was a milestone in Sonam Kapoor’s career. Both critics and audience loved her portrayal of late flight purser, Neerja Bhanot who saved 360 lives in the ill-fated Pan Am hijack. Sonam beautifully carried the entire film on her shoulders and played each colour of brave-heart Neerja’s life with perfection.

Also Read: 10 Lesser Known Facts About ‘Heroine Of Hijack’ Neerja Bhanot That Will Make You Salute Her

Kangana Ranaut is undoubtedly the queen of Bollywood for her choice of movies. She is known for pulling each role with utmost ease and perfection. In the blockbuster Queen, she played the role of Rani, a girl who goes on her honeymoon alone, after her marriage is called off! The movie gave us major travelling-alone goals. 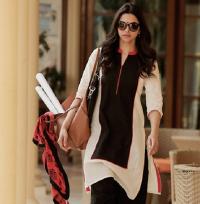 Piku, a girl who is smart, independent, self-made, hardworking and confident, but also knows how to take care of her old father who behaves like a child all the time. We all loved Piku, didn’t we? Well, this is how effortlessly Deepika played the role of a Bong girl who is an inspiration for today’s modern woman, who does not need a man to complete her life.

Must Read: Top 10 Traditional Looks Of Deepika Padukone That Will Make You Go Wow!

Mary Kom, a self-made Indian boxer, a strong woman who won accolades for her country, was very well portrayed on silver-screen by none other than Priyanka Chopra. She went through months of training to learn boxing to make her character look more realistic. She was surely the perfect choice for this blockbuster.

Also Read: Happily Unmarried TV And Bollywood Divas Who Are Above 30 And Rocking It

#5. Rani Mukerji in No One Killed Jessica 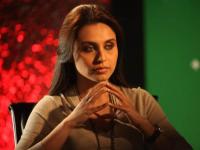 Rani Mukerji made a comeback with this movie and enthralled everyone with her power-packed performance. She played the role of a strong-headed journalist Meera, whose dogged investigation and undying faith helps Sabrina get justice for her sister Jessica who was murdered! We love the feisty Meera and her twisted ways of getting things done!

Vidya played one of the most memorable and finest roles of her career. She played the role of Vidya Bagchi, a pregnant software engineer who comes to Kolkata in search of her missing husband. She carried the entire film on her shoulders and impressed everyone with her strong acting skills, without the support of any big male star! 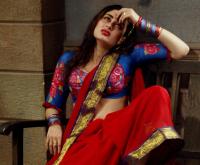 Kareena Kapoor stole everyone’s heart with her impressive performance in Chameli. She played the role of a young prostitute who meets a man on a night out. She showed Chameli’s fragile yet naughty side that we totally fell in love with. She gave one her finest performances, portraying the life of a sex-worker and how she survives in the world of flesh trade.

Also Read: Secrets Behind The Stunning Figure Of Kareena Kapoor

A traumatic story of a housewife, Kiranjit Ahluwalia who is physically and mentally abused by her husband and how she puts a full stop to years of torture by killing her husband. The thought-provoking tale of Kiranjit takes you to another world, a world of reality and cruelty and how she fights back. Aishwarya’s realistic performance captivated the attention of the audiences.

#9. Kalki Koechlin in Margarita With A Straw

Kalki Koechlin, a name synonymous with off-beat cinema and meaty roles, has carved a niche for herself in Bollywood. She added another feather to her cap by playing the role of Laila in Margarita With A Straw, a disabled girl who is suffering from cerebral palsy and has a desire to lead an ordinary life, with a woman she falls in love with. There was a conviction in her character that made all of us cling with her pain.

Must Read: 8 Most Memorable Roles Of Kalki Koechlin That Cast A Spell On Our Hearts

Tabu, a powerhouse of acting who does not shy away from experimenting with cinema. One of her most-loved movies was Chandni Bar where she played the role of Mumtaz, a village girl who lost her family in communal riots and ends up becoming a bar dancer in Mumbai to meet both ends meet. It is when she is raped by her uncle, we see a stronger side of Mumtaz. It was a captivating story depicting the plight of bar dancers.

Although there were a lot of names on the list, we decided to bring only the best for you! These divas are not only beautiful but also bold. They broke the moulds, came out of a hero’s shadow, and decided to take up women-centric roles that had substance. These divas are no less than a hero. They gave an insight into different shades of a woman who is not only born to cook food or take care of her husband and children! Do share your favourite in the comments section below.