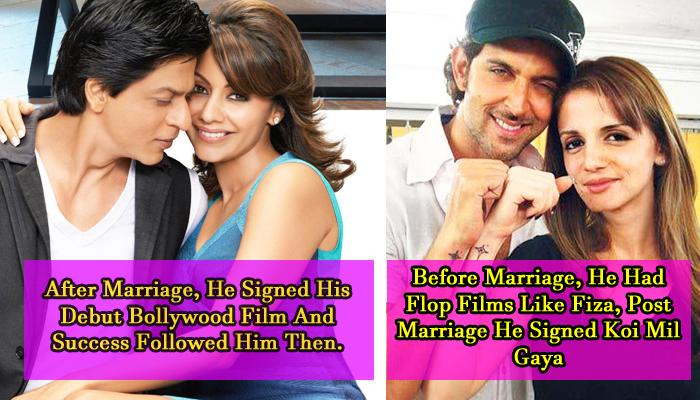 Over the last 100 years of cinema, Bollywood has undergone a lot of ideological changes. The age-old belief about stars losing their appeal as soon as they lose their ‘single’ status no longer applies. Unlike the past, marriage has now become an option for stars and many of them saw their careers reaching the peak post-marriage. Here is the list of Bollywood celebs who got lucky after marriage.

Recommended Read: Committed At The Age Of 40, Gautam Rode Opens Up About His Marriage Plans

The King of Bollywood has to obviously be the first on the list. After doing theatre in Delhi, he landed in Mumbai as a struggling actor and gave amazing performances in Television with hit serials like Fauji and Circus. He wasn’t inclined to pursue an acting career in Bollywood but whenever he did try, he always faced rejection.

And then happened to be his marriage, with his six-year-old girlfriend and lucky charm- Gauri Chibber (Gauri Khan post-marriage). They got married on October 25, 1991. And then, SRK’s career graph only rose uphill. He signed his first Bollywood film Deewana in 1992, barely a few months after marriage. From then on, he only delivered big hits like Darr, Baazigar and Anjaam, among many others. Clearly, his lady-love played a huge prominence in his life in being a lucky charm for one of the greatest actors in the industry. 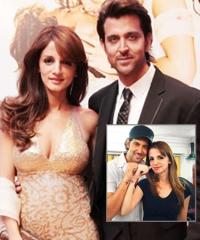 In an interview, Hrithik admitted that Sussanne had changed him in more ways than one. He gives her complete credit for inculcating several values of life in him. It is perhaps this change that rescued him from the jinxed period of his career characterised by consecutive flops like Fiza and Mission Kashmir.

It was after his wedding that he performed the life-changing role of the mentally challenged Rohit in Koi Mil Gaya. Following that, he bagged many awards for his performances and essayed some spectacular roles in films like Jodhaa Akbar, Krrish, Guzaarrish, Zindagi Na Milegi Dobara and Agneepath. Although the couple is not together anymore, this wedding certainly reversed the wheel of fortune for Hrithik. 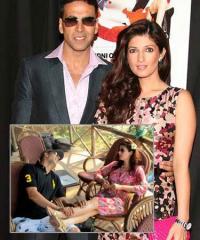 After the clichéd Khiladi roles he was offered for the most part of his career, Akshay Kumar turned to better roles to revive his career after his wedding. Akshay admits that Twinkle Khanna is his lucky charm.

I wasn't having that great a time in Bollywood before the 'Lakshmi' of my life entered my house. Before meeting her, I had 14 flops but things started looking up after the Lady Luck smiled at me. 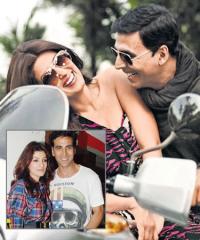 The fact that he became one of the most sought-after actors with hits such as Hera Pheri, Awara Pagal Deewana and Garam Masala leaves little doubt about this statement. He even won Filmfare awards for his comic roles in two films- Garam Masala and Mujhse Shaadi Karogi. Akshay has also turned producer with his production house, Hari Om Productions, making his career graph soar.

One of the most popular contemporary actors in India, Ayushmann Khurrana’s story is the same as ‘success post-marriage’. He married his long-time childhood friend Tahira Kashyap in 2011, and it proved to be a life-changing event for him.

He was a VJ, TV presenter, and a radio jockey. He was, undoubtedly, quite a familiar face in the television world. But post his marriage, in 2012, he made his Bollywood debut with Shoojit Sircar's Vicky Donor opposite Yami Gautam. And then, his success story is one of a kind. He then went on to sign many hits film like Nautanki Saala, Dum Laga Ke Haisha, among others. He is regarded one of the best actors of his generation. 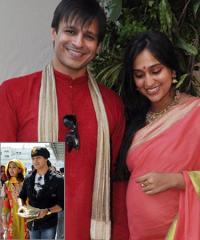 Vivek Oberoi is surprised by his wife Priyanka Alva's “not-a-star wife” attitude. The damsel who still indulges in shopping at chor bazaars and flea markets has definitely turned the ex-heart-throb's career around. Vivek, who was "jobless before marriage" has his hands full with over with 14 films in the pipeline.

Suggested: Famous Celeb Couples Who Dragged Each Other To Court And Had A Bitter Separation

Vivek on his wife, recalls:

I am madly in love with her and thank God for gifting me such a lovely wife. Sometimes, when I leave home late at night for shoots and she is asleep, just looking at her face makes me feel reassured and brings a smile on my face. 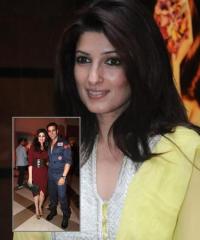 The luck factor seems mutual in this family with Twinkle Khanna making a niche for herself in the world of interior designing. After marriage, she decided to quit her dying Bollywood career to follow her passion. Her design store "The White Window Store" even went on to win the El Decor Award. 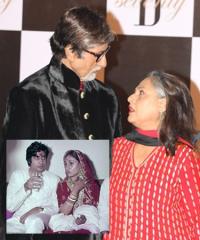 If we were to rewind slightly, even the Big B himself got quite lucky after marriage. Mr Bachchan who tied the knot post-Zanjeer went on to become Bollywood’s living legend. Despite a collapse in his career due to losses in his company, Mr Bachchan bounced back as small screen’s most famous personalities. He earned his title of a superstar back with brilliant roles in films like Cheeni Kum, Paa, The Last Lear and Mohabbatein. 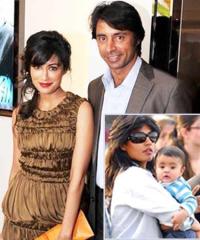 Chitrangada married golfer Jyothi Singh Randhawa in 2001. She made her film debut post-marriage. After getting rave reviews for Hazaaron Khwaishein Aisi in 2003, she went on to do some great roles in different genres. Before the wedding, she struggled for a break and was restricted to commercials.

Whether these star spouses have secrets that make their better halves do great in their careers, we do not know. All we know is that, with celebs, there is a woman behind every successful man and vice versa. Whose story, among the bollywood celebrities who became successful post-married, is your favourite? Do let us know in the comments section below.

Next Read: Blessed With 2nd Set Of Twins And Lost One Baby, Sad Newbie Mother Celina Talks About The Loss