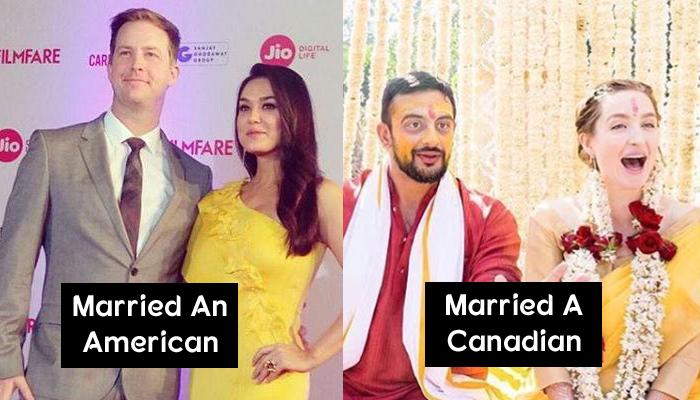 When you are in love with right person at the right time, nothing matters really. When we talk about inspiring and hatke love stories, we do have a handful of Bollywood celebrities who broke all the ‘so called’ stereotypes and got married to foreigners.

And honestly, when you read their love stories, you start believing in saccha pyaar all the more. Here are a few famous Bollywood celebrities who found their soulmates in foreigners.

We had to start the list with someone from Bollywood who truly broke many stereotypes by marrying English actress Jennifer Kendall. Shashi Kapoor first met Jennifer when he was working with his father, Prithviraj Kapoor in the legendary Prithvi Theatres. Soon the two fell in love and tied the knot in 1958 and became proud parents to Sanjana Kapoor, Kunal Kapoor and Karan Kapoor. All the three did try their luck in Bollywood, but unfortunately, none of them could gain a foothold.

Their happy world came to a standstill when Jennifer was detected with colon cancer in 1982 and in 1984, she passed away. After Jennifer’s sad demise, Shashi did continue doing movies but everyone around him knew for a fact that he wasn’t the same person anymore.

Recommended Read: Most Surprising Bollywood Celebrity Marriages Of All Time

Though 2016 was pretty much the official year of Bollywood shaadis, but one wedding which no one saw coming was that of Preity Zinta. Her marriage announcement came as a sweet shock to a lot of us, even though, there were speculation about this dimpled beauty seeing a certain ‘Goodenough’. Bollywood’s favourite bubbly girl tied the knot with her American partner Gene Goodenough on February 29, 2016 in a private ceremony in Los Angeles. Later the actress hosted a grand reception for her Bollywood buddies.

Also See: Finally The Wedding Pictures Of Preity Zinta And Gene Goodenough Are Out And They Are Beautiful

Everyone remembers Arunoday Singh as the ridiculously good looking actor from the movie, Yeh Saali Zindagi. Arunoday who was last seen in Hrithik Roshan starrer, Mohenjo Daro tied the knot with his Canadian girlfriend, Lee Elton on December 13, 2016. The couple had a beautiful Hindu style wedding with haldi and mehendi ceremonies. Lee is from Newfoundland in Canada but at the moment, she is based out of Goa, where she owns Puttu café, which is touted as one of the biggest cafes there. The actor met his bride-to-be when he was shooting for Sonam Kapoor starrer Aisha.

Must See: Arunoday Singh And Long-Time Girlfriend Lee Elton Look Like Royals On Their Wedding Day

Purab Kohli is very well loved and remembered for his roles in movies like Bus Yuhin, Rock On and My Brother Nikhil, is not technically married to a foreigner but has sure found his soulmate in Lucy Payton, a yoga teacher based in UK. The adorable couple welcomed their first child together in 2016 and in June 2017, the two are planning to tie the knot. There was lots of buzz around Inaya being Purab and Lucy’s love child, but this actor had an honest and beautiful answer to it. Read the complete story here.

Lisa Ray is one brave and beautiful actress from Bollywood who has inspired many with her triumph over cancer. Best remembered for her role in Kasoor and Deepa Mehta’s Water, Lisa Ray found love in Jason Dehni who was born in Lebanon and then moved to the United States with his family. Lisa and Jason got engaged in the beginning of 2012 and got married on October 20, 2012. It was a beautiful church wedding in Napa Valley, California. Lisa considers Jason as her secret weapon and loves his positivity and open-mindedness.

This former Bollywood beauty who was seen in movies like Silsiilay, No Entry and Golmaal Returns found love in Austrian hotelier Peter Haag. The couple met in 2010 at a common friend’s party, Peter was mesmerized by Celina’s beauty and Celina was impressed by his kind nature. The two exchanged numbers and became good friends and eventually started dating. In August 2010, when Peter came to visit Celina’s parents, he popped the question.

In July 2011, Celina tied the knot in Austria. In March 2012, the couple was blessed with twin boys whom they named Winston and Viraaj. Celina and Peter are still going strong and their relationship

Suchitra Pillai who is best remembered as Saif Ali Khan’s possessive girlfriend in Dil Chahta Hai found love in Lars Kjeldsen, an engineer from Denmark. This Dannish-cum-engineer connect (yes, Suchitra is a qualified engineer) happened for this dusky beauty when she met him at a friend’s house in Mumbai when they were busy playing Jenga. After this first meeting, the couple again bumped into each other on New Year’s Eve in Sri Lanka.

This time around, the couple exchanged phone numbers and decided to stay in touch. They did stay in touch and every time they were in the same city, they always made it a point to meet up. Gradually, the two started dating and slowly got to each other and finally exchanged vows in 2006. In 2008, the couple welcomed a beautiful little daughter and named her Annika.

Next Read: 6 Popular Celebrity Couples Who Had A Gorgeous Beach Wedding

Well, as they say, love knows no language, colour, race or religious barriers, and these Bollywood celebrities are the biggest examples who redefine this. Who’s your favourite couple from this list, share with us in the comments section below. 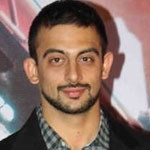