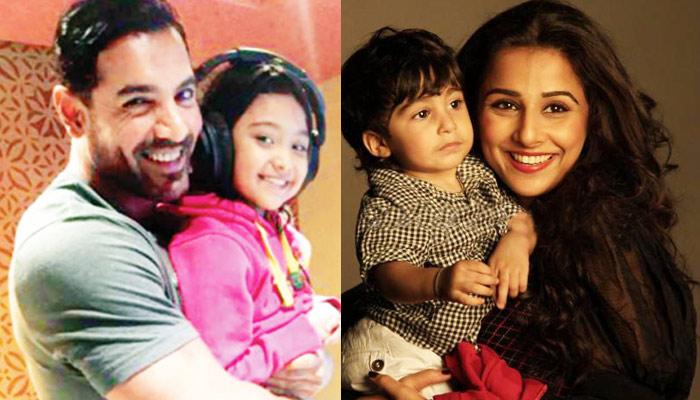 There is no denying the fact that film stars are somehow a part of our lives. And, whenever the news of any of them getting married or embracing parenthood comes up, we jump with excitement. And if at all, the actor is our favourite one, the feeling cannot be expressed in words. It is as if the baby is born in our own family.

So, here we have a list of 7 such Bollywood celebs who have been married for quite some time now, and fans are super-excited to welcome their babies. Scroll on and check out the names!

Jassi Jaissi Koi Nahin fame actress Manini De Mishra and Sanjivini’s heartthrob, Mihir Mishra tied the knot on November 30, 2004. Many of you might not know that it is Manini’s second marriage and ever since they tied the knot, they have been giving everyone some serious relationship goals. Though Manini has a daughter from her first marriage and Mihir loves her as her own child, fans surely want to see them embracing parenthood together.

The Dirty Picture fame actress Vidya Balan walked down the aisle with Indian film producer Siddharth Roy Kapoor on December 14, 2012. It’s been almost five years that these two lovelies are married and fans are super-excited to see how beautiful their kids will be.

Do Check Out: 10 Celeb Couples Who Did Not Let Their Distraught Relationship Affect Their Families

Dia Mirza is one of the cutest actresses our Indian film fraternity has ever had and no one can deny this fact. She stole many hearts, courtesy her innocent charm. The actress tied the knot with Sahil Sangha, who happens to be a Bollywood film producer, on October 18, 2014. Now that they have been married for quite some time, everyone's excitedly waiting to see their lovely kids soon!

From meeting through common friends to dating each to their wedding, this couple has managed to give pleasant surprises all this while. We are talking about none other than the hottie of the tinsel town, John Abraham and his investment banker wife, Priya Runchal. The duo walked down the aisle on January 1, 2014, after dating each other for some time. John has proved to be an amazing hubby ever since they entered the nuptial bond, and now, his fans are excited to hear that good news soon!

He is a performer, a silent musical genius, the touching and romantic voice behind many hit songs. Yes, it’s none other than one and only Arijit Singh. The famous Bollywood singer got married to his childhood sweetheart Koel Roy on January 20, 2014, at the Trapith Temple in West Bengal, and it was a low-key affair. To let you all know it is both, Arijit and Koel’s second marriage and she has a son from her previous marriage. All Arijit’s fans are anxiously waiting to see their baby soon!

One of the chocolate boys of the film fraternity, Aftab Shivdasani took the wedding vows with Nin Dusanj on June 11, 2014. And there is no denying that he did break many hearts when he walked down the aisle. Nonetheless, ladies who had a crush on him accepted Nin as his wife, all thanks to the love, understanding and respect that they have for each other. Everyone’s now waiting for him announce the good news of their baby.

Recommended Read: 12 Bollywood Actresses Who Were Already Married Before They Entered Bollywood

So, these were a few Bollywood celeb couples, and their fans are eagerly waiting to see their kids. In case you have any name that needs to be added here in this list, do let us know in the comments section below!