Rich or poor, ordinary or beautiful, famous or not-so-famous, no woman deserves to be physically abused by her partner. It’s a shame that abusing women in our society is taken as a sign of masculinity. And even some of the celebrities who we admire so much and often look up to them, fail to stand up to our expectations when they abuse their wives or girlfriends.

Let’s take a look at some of these powerful men who think it’s alright to be a bad boy.

After All The 'Tamasha', Mandana Karimi Withdraws The Domestic Violence Case Against Husband

Recommended Read: 14 Popular TV Celebrities Who Were Married Before They Became Famous A dashing star of the yesteryear, Sanjay Khan while being married to extremely beautiful and talented Zarine Khan and a father to three pretty girls was in a relationship with Zeenat Aman that went really ugly. It was reported that they would often have violent squabbles even in public. The greatest shock was when Sanjay Khan was reported to have brutally assaulted Zeenat Aman in a five star hotel at a party.

The relationship came to an end after this but she still bears the physical evidence of this assault on one of her eyes. The grey eyed tall actor from the Indian film industry is often in the news for his affairs and link ups. When he was dating Pooja Bedi, he was alleged to have raped her fifteen year old maid. Later, while he was having an affair with Kangana Ranaut who was more than twenty years his junior, he was reported to have assaulted her physically.

She even filed a case against him when he barged into her home, beat her up and caused damage to the property but he got scot free. 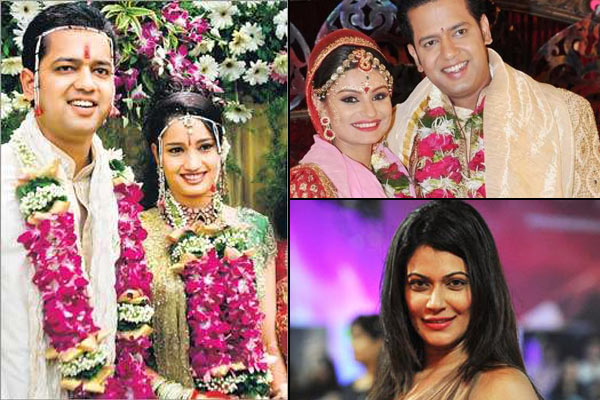 It’s said “history never repeats itself, man always does”, in case of Rahul Mahajan that seems to be entirely true. First he was married to his childhood sweetheart, Shweta Singh and was later divorced after she accused him of physical abuse. Next, it was Payal Rohatgi who was at the receiving end of Rahul’s negative behaviour as is evident from this quote of hers:

“The actress who looked visibly upset with Dimpy's fate revealed that she has also been the victim of Rahul's rage. "He did hit me twice. Once he banged my head against the door. When Rahul is angry, he completely loses his mind." she revealed.”

Soon after parting ways with Payal, he went on to have a fairy tale wedding with Dimpy Ganguly but they ended up getting divorced earlier this year with reason being the same.

Also Read: This Is How Different Zodiac Signs React After A Break-Up When it comes to relationships, the insanely good looking Salman Khan is a bad boy. Time and again his lovely ladies have accused him of physical abuse. At first it was Somy Ali, a Pakistani actress, on whom he poured a drink at a party in a fit of rage. Later, the newspapers were filled with stories of physical fights with the most beautiful and talented Aishwarya Rai.

In an interview with the leading newspaper Times of India, she admitted saying this:

“After we broke up, he would call me and talk rubbish. He also suspected me of having affairs with my co-stars. I was linked with everyone, from Abhishekh to Aamir to Shah Rukh. There were times when Salman got physical with me, luckily without leaving any marks. And I would go to work as if nothing had happened.” A Bhojpuri film actor and producer, Raja Chaudhary, is more popular for his frequent violent behaviour, especially with his ex-wife Shweta Tiwari, than his acting skills. In an interview with Times of India, Shweta revealed all about the physical violence she faced from her ex-husband Raja.

She was even quoted as saying:

“Kitna tolerate kiya tha. He burnt my wrists with cigarettes. He picked up and threw me against the walls. He used to physically and verbally abuse me in front of my parents.” A model and actor, Kaishav Arora who married popular actress Deepshikha Nagpal was alleged of domestic violence this year. The actress also said that he even threatened to kill her! However, they seemed to have patched up their differences and trying to work again on their marriage. Whether Kaishav will repeat his action of physical abuse is a question that only time can answer. The good looking actor Shaleen Bhanot (cast as Duryodhan in Sony TV’s Suryaputra Karn) looked much in love when he exchanged vows with his lady love, Daljeet Kaur. Everything looked perfect to the outsiders until his wife filed a police complaint against him for physical assaults.

She opened up about the violent episodes in her life in an interview with Times of India:

"He threatened me with dire consequences if I left the house. Fearing for my son and my life, I went inside the room to pack my belongings. I was standing on a stool to pull out the suitcase, when he threw me down. He then locked the door from inside. Every time I would head to the door to escape, he would throw me on the floor like a ball. At one point, I opened the window and started screaming for help. He held me by my neck, shut the window and pushed me to the floor again. I hit the bed, my back was bleeding and my hand was terribly bruised.”

Despite his acts Shaleen Bhanot seems to have gotten out on bail three times.

Must Read: 10 Made For Each Other Real Life TV Couples Who Ended Up Getting Divorced 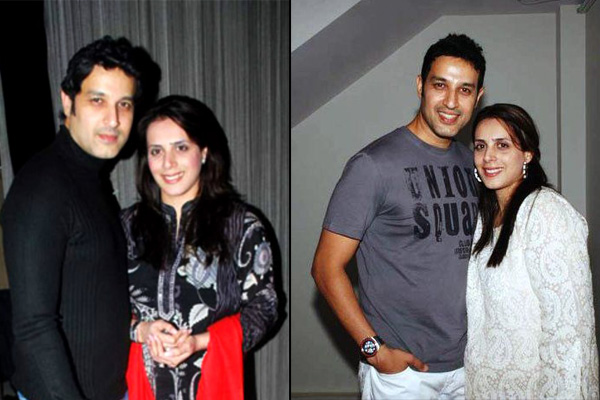 Quite recently it was reported that the dashing actor Khalid Sidiqqui was arrested on account of a complaint filed by his estranged wife Raahat. She accused him of molestation and strangulation when she objected his inappropriate behaviour towards their children.

However, he was later granted bail by the Bandra court and his lawyer was even quoted as saying:

“We told the court that this was only a dispute between husband and wife, and that there was no real case made out against him.” An actor and former VJ, Ranvir Shorey was once accused of assaulting Pooja Bhatt and wounding her lips, when he was in a brief relationship with her. The whole issue apparently happened just because she stopped him to have more drink because he had already had enough. This also resulted in a brawl between Rahul Bhatt, Pooja Bhatt’s younger brother and Ranvir Shorey.

Also Read: This Bride's Mehendi Lehenga Was Made Of Real Flowers And Wedding Lehenga With 7 Vows Embroidered 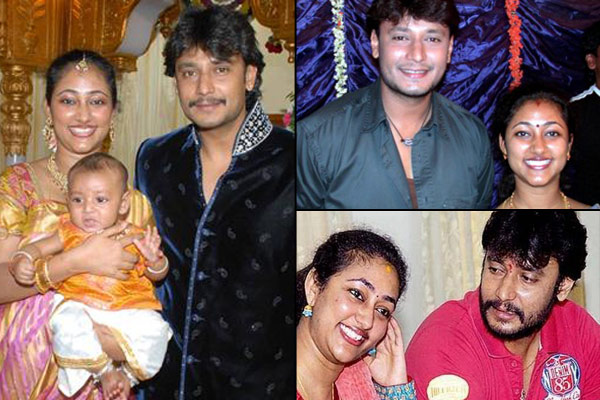 A popular actor in the Kannada Film Industry, Darshan Thoogudeep was reported to have exploited his wife both physically and emotionally. His wife Vijayalakshmi alleged that he brutally assaulted her after she objected to his affair with actress Nikita. Hitting his wife with sandals, burning her skin with cigarette, assaulting her regularly was a normal thing for the actor, but the worst act was when even his son was injured in their scuffle.

Thankfully, in this case the actor was denied bail by the Bangalore court.

All these actors have badly abused their wife or girlfriend so many times, and we call these celebrities 'Heroes'. Do these men even deserve to be called heroes and worshipped for no reason?

NEXT Read: 5 Famous TV Celebrities Who Bashed Trolls And Stood Up For Their Partners

After All The 'Tamasha', Mandana Karimi Withdraws The Domestic Violence Case Against Husband