The late legendary actor, Irrfan Khan once revealed how he had informed everyone, even the owner of a sweets shop that he had become father, when his first son, Babil Khan was born. Find out! 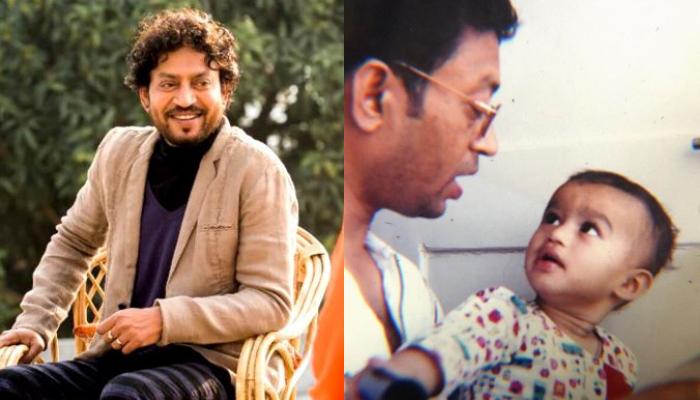 Late legendary actor, Irrfan Khan is inarguably the greatest actor in the history of Indian cinema. Sadly, the genius had left us too soon for the heavenly abode last year on April 29, 2020, at Kokilaben Dhirubhai Ambani Hospital in Mumbai due to colon infection. As an actor, he had inspired actors like Shah Rukh Khan, Ranveer Singh, Nawazuddin Siddiqui, Priyanka Chopra, Deepika Padukone, and many others with his exceptional acting skills throughout his career. Also, he had always distanced himself from conventional movie projects and had famously said, “The day I become conventional, something inside me will die.” (Recommended Read: When Amitabh Bachchan Lost His Temper At Jaya Bachchan Post An Interview About His Affair With Rekha)

The remarkable actor was never distracted by the fame and limelight showered on the commercial actors for breaking box-office records. As he had always concentrated in polishing his art and maybe this is why he has left a massive void in Indian cinema that will never be fulfilled as we will never be able to see him again in this world. However, not many people are aware that Irrfan was a phenomenal lover and husband to his eternal love and wife, Sutapa Sikdar. Throughout his life, Irrfan had supported Sutapa and had loved her with all his heart. The actor had always showered his immense praises on her in most of his interviews. On the other side, he was also a great father and had maintained a friend-like bond with his sons, Babil Khan and Ayaan Khan. Once the actor had revealed during one of his press conferences that when he had seen his first son, Babil Khan for the first time, he had gone mad with sheer happiness and had started telling everyone, ‘Main Baap Bann Gaya’. Scroll down to know it all!

It was in the year 2009 when Irrfan Khan was promoting his film, Billu at a press conference and one reporter had asked him about the changes he had experienced in his life after the birth of his first son, Babil Khan. The actor had started his answer with a beautiful sentence as he had said, “I think my life started when I became a father.” After which, the actor had explained the feeling of seeing his newborn son for the first time and had said, “I didn’t know what will I feel, how will I feel, what are the words I could define. I used to feel that being a father is a very responsible kind of a thing. But I still remember the moment I saw him for the first time, you know, and no language, no expression can equate what I felt.” (Don’t Miss: The Only Time Dharmendra's Two Wives, Prakash Kaur And Hema Malini Posed Together, Rare Photo Inside)

Going further in his statement, Irrfan Khan had also revealed that he was telling each and every person he had encountered with that he has become a father and called himself, ‘a mad person’. He had said, “I was like a mad person trying to tell people that I have become a father and I feel so funny about it… Main kahi mithaai khareedne gaya aur main us aadmi ko btane lag gaya ki main baap bann gaya. Maine kabhi icchaa nahi ki thi ki main baap banu… But what was that I was sharing the news with everybody and it was not a sudden thing which happened it kept on, and you know the way you see them growing.”

Concluding his emotional statement, Irrfan Khan had talked about the emotions every parent in this world feels, when their kids start growing and are no longer children. The actor had jokingly stated that he had wished he could get some medicine to stop his kids from growing old. But Irrfan had dumped his own idea by saying that raising children is the biggest high for any human on this planet. He had said, “It has changed me completely, and my life started after that, and I am so thankful to God or who or whatever energy it is which is made us possible to give birth and to see life growing in front of us, that’s the beautiful moment this is. My kids have grown older, and I keep on thinking I could get some medicine by which I can stop their growth, just see them as a child. But personally raising children is the biggest high of my life.” (Also Read: When Nargis Said 'Meena Kumari Maut Mubarak Ho', Revealed She Was Beaten By Her Husband Kamal Amrohi)

Did you like Irrfan’s take on parenthood? Let us know! Coming in terms with the loss of someone close is one of the toughest things. And every time we look at their old pictures, an array of emotions come flowing in our minds. April 29, 2020, was one such day when the entire nation had stood numb when the news