Bipasha Basu knows the way to her man, Karan Singh Grover's heart is through his stomach as she prepares delicacies for him. Scroll down to know more! 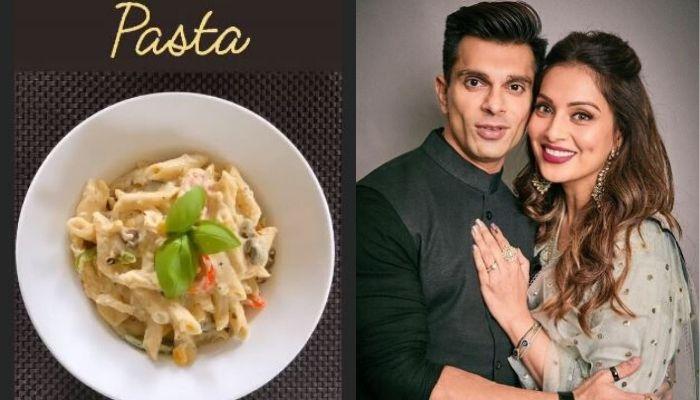 The two-state couple of B-town, Bipasha Basu and Karan Singh Grover are madly-in-love with each other. We are witnessing their ‘Monkey Love’ tales since April 30, 2016, when the Punjabi munda, Karan Singh Grover had tied the knot with the Bengali beauty, Bipasha Basu. The two had fallen in love with each other on the sets of their film, Alone and their love story is no less than a fairy tale. When we are here drooling over their sizzling chemistry, Bipasha is making Karan drool over her culinary skills. (Also Read: Divya Agarwal And Varun Sood Goof Around In Their Bed As She Seeks Attention From Her Bae [VIDEOS])

On April 30, 2020, Bipasha and Karan had completed four years of marital bliss. To wish her darling hubby, Karan, Bipasha had taken to her Instagram handle and had shared a beautiful video with moments from their wedding. Along with the video, she had written an emotional note, which could be read as “There is no emotion that is bigger than love. No other emotion has the tremendous power of Love. I am blessed to be with someone everyday of my life, who I love so deeply... each day together we look for small joys which fills us with so much gratitude for our life.” As they are totally drenched in each other’s love, Bipasha totally knows the way to her man’s heart!

Bipasha took to her IG stories to share a video of her hubby, Karan Singh Grover devouring the white sauce pasta cooked by her for him. In the video, Karan can be seen enjoying the pasta and offering it to his wife, who is behind the camera recording his reaction. Karan, who was highly impressed by his wife’s culinary skills took to his IG stories to show off his photography skills by making Bipasha’s home cooked pasta his muse. Sharing the first picture of pasta, Karan wrote, “Chef special Pasta #chefbonniesdeli Thank you honey! @Bipashabasu” atop it. He then shared two more pictures of the delicious pasta. Check out the screengrabs of their stories below: 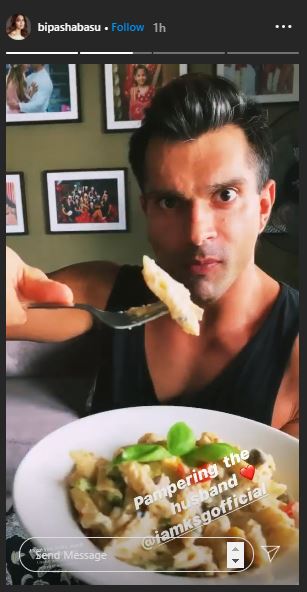 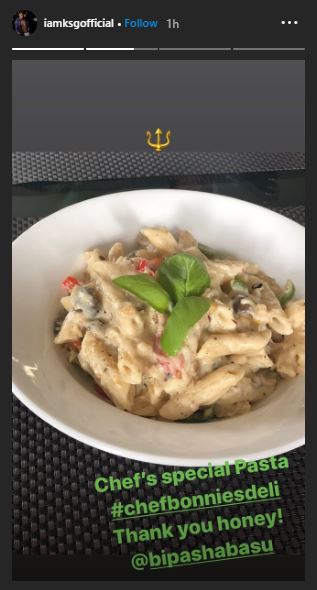 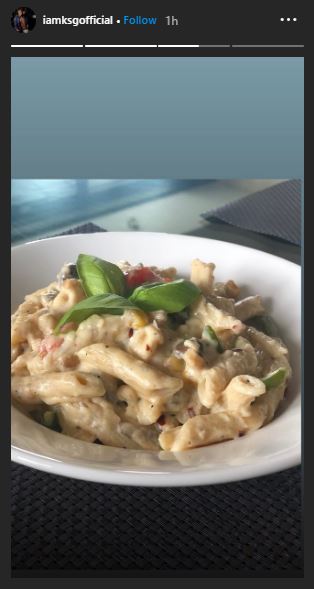 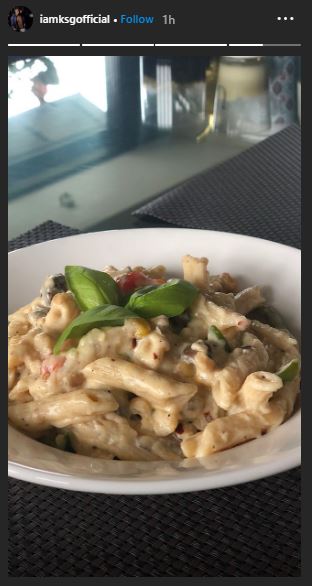 Bipasha has been trying her hands on cooking ever since the lockdown was imposed. On May 17, 2020, the gorgeous actress had made some delicious soyabean and sweet potato burger and mango milkshake. It was her ‘happy hubby’, Karan Singh Grover, who couldn’t stop his excitement and had shared pictures of the same on his Instagram handle. Along with the pictures, he had written a note for his 'chef bonnie', which could be read as “Somebody stop me! Thank you my love! @bipashabasu You’re a natural!!! And I’m lucky...naturally!! #chefbonnie #godburger.” On Karan’s post, his doting wife, Bipasha had commented, “I like my new avatar of Chef Bonnie. 3 months we have been vegetarian… and cooking vegetarian yumminess has been fun.” 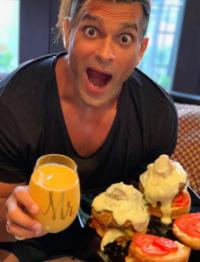 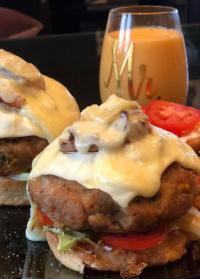 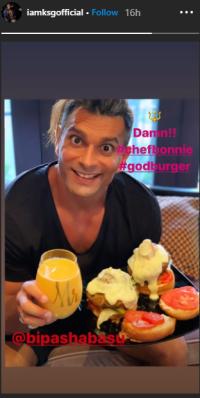 On April 30, 2020, the lovely couple had completed four years of marital bliss and to mark their fourth anniversary, the doting wife had decided to treat her husband with his favourite besan ke laddoo. Posting a video of the preparation of Karan’s favourite besan ke laddoo, Bipasha had written, “4th Anniversary (#Monkeyversary) Prep The Making of his favourite Besan Laddoo” followed by a heart emoticon. But it was Mr Grover’s reaction that had won our hearts. (Don't Miss: Rubina Dilaik Enjoys Performing 'Pahadi' Dance With Her Family, Shares A Video From Her Family Time)

In an interview with the IANS, Bipasha had talked about her marriage and her partner. She had shared, "It has been four years together and now it's going to be three years for our marriage. It has been beautiful. I feel that it is important that your partner is like your best friend. So, we are in complete sync every day. We do love to spend time together. Doing everything together. It is a fulfilling experience when you come back home and there is someone waiting for you." (Recommended Read: Geeta Phogat Shares A Video Of Son, Arjun Climbing On His Father, Pawan To Get 'Amrood' From Him) 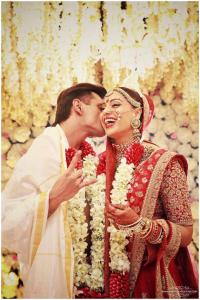 Bipasha and Karan’s pasta stories has made us crave for pasta even more!