Bipasha Basu is celebrating Valentine's Day with her hubby, Karan Singh Grover and is on cloud nine at the moment, as she received a vintage gift of love from him. Find out below.

Happy Valentine’s Day to every person out there, no matter whether you’re committed or single, the day is meant to celebrate only love. Every year on Valentine’s Day we see a lot of celebrities showering their immense love for their partners. On one side, where some prefer to have a candlelight dinner and a cosy affair, some prefer a rocking and adventurous Valentine's Day. However, some start their day with cake cutting and exchanging of gifts. Talking about celebrity couples, Bipasha Basu and her husband, Karan Singh Grover is one of the most passionate couples of the glamour world. (Recommended Read: Dipika Kakar Shares A Kissing Picture With Shoaib Ibrahim On Kiss Day, Pens A Cute Note)

It was in the year 2016 when Bipasha and Karan had made our hearts flutter with their trending #MonkeyLove wedding. From their attires to their happy pictures, everyone saw the magic Karan had cast over our Bong beauty, Bipasha. The rumours of their dating started when they did their first film together, Alone. The duo had admitted their relationship only after announcing their marriage date, and rest, as we say, is history! 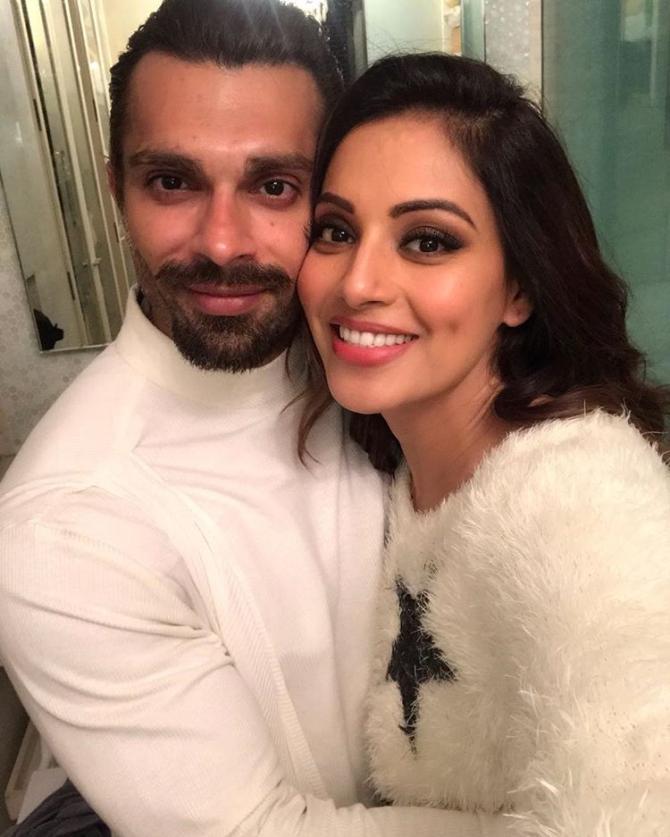 Now on the occasion of Valentine’s Day, on February 14, 2020, Bipasha Basu and Karan Singh Grover started their day by cutting a delicious and mesmerising cake to celebrate their love. It was Bipasha who received a beautiful bouquet from her hubby, Karan Singh Grover. In the video, we can see Bipasha wearing a red hoodie and her husband, Karan looked cool in a denim jacket and capri pants. But the highlight of their whole celebration was the vintage gift of love that Karan handover to his bestowed, Bipasha Basu. Yes! You’re guessing it right, Karan gave Bipasha handwritten poetry. Take a look: (Also Read: Kamya Panjabi Shares Her 'Favourite' Liplock Picture With Her Husband, Shalabh Dang On Kiss Day) Aren’t you jealous? Well, we all are. In the age of texting and GIFs, handwritten letters are something that is rare and always makes us feel extra-extra special. However, Karan is also quite good at crafting the art of words on social media too. In case you missed it, then on April 30, 2018, Karan had written a heartfelt note expressing his emotions and feelings for Bipasha on their second anniversary. His note can be read as “For the longest time I thought the day I met you was the best day of my life...but then we got married and that became the best day of my life. As time went by, every morning I woke up next to you (which is every morning) started becoming the best days of my life...I guess what I’m trying to say is that I’ve been struck with this realisation that waking up next to you is the most beautiful magical dream that I’ll never wake up from...which means that everyday day of my life is going to be my life’s best day for eternity and it’s all because of you!” In an interview with The Times Of India, Karan and Bipasha had talked about their proposal story, and the actress had stated, "Well, I believed in marriage, but I never thought I would get married. So when he proposed, my first reaction was, 'What are you telling me?' And." Karan had quickly added, "Let me complete the story for you. We were in Koh Samui, it was December 31 and the sky was lit with fireworks. I was carrying the ring with me and something told me that this is the right time. So while she was capturing the fireworks on video, I took the opportunity and gave her the ring." (Don't Miss: Ratan Tata Reveals Details About His First Love And How He Almost Ended Up Marrying Her) What do you think about Karan's handwritten poetry for Bipasha? Let us know. 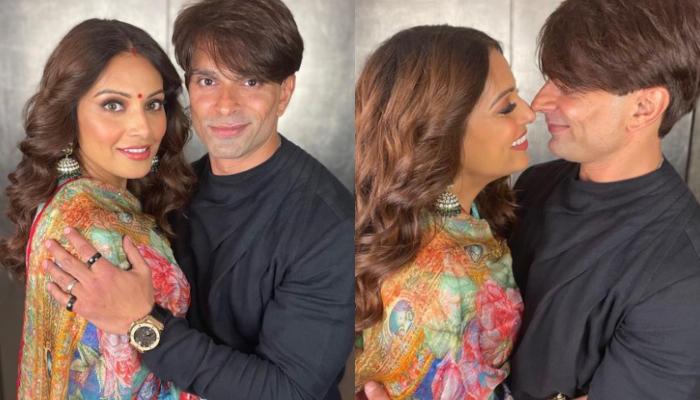 Bipasha Basu is often regarded as one of the most talented, versatile, gorgeous, and bold actresses in the history of the Hindi film industry. Born on January 7, 1979, Bipasha proved the mettle of her acting prowess in Hindi, Telugu, Tamil, and Bengali films. The actress had made her acting