Bipasha Basu Singh Grover and her hubby, Karan Singh Grover were spotted at producer, Ramesh Taurani's Diwali bash last night and their fans couldn't stop speculating if she was pregnant.

Tinseltown is a strange land. While it exists mainly because of films but admit it or not, most of us live for the gossips that this queer land has to offer to us! It all begins with speculations of a celeb couple’s marriage, which in case happens, gives rise to pregnancy rumours. In the same series of events, it was B-town bombshell, Bipasha Basu Singh Grover and her hubby, Karan Singh Grover’s latest picture together which made their fans wrack their brains over the former’s pregnancy! (Do Read: Ranbir Kapoor And Alia Bhatt Are Finally Getting Married, Date And Venue Finalised)

Bipasha Basu had added a ‘Singh Grover’ to her surname on April 30, 2016, when she got married to the love of her life, Karan Singh Grover. Their love story is extremely filmy and we will definitely share the same with you in the later paragraphs to come but first things first! It is ‘that time of the year’ (Diwali, silly!) and all that we can see are stars decked up in their traditional bests, spreading lights even more than the Diwali décor! And that is exactly where, at one of the starry Diwali parties Bipasha and Karan created a lot of noise (not literally, again!). Take a look at their picture here: 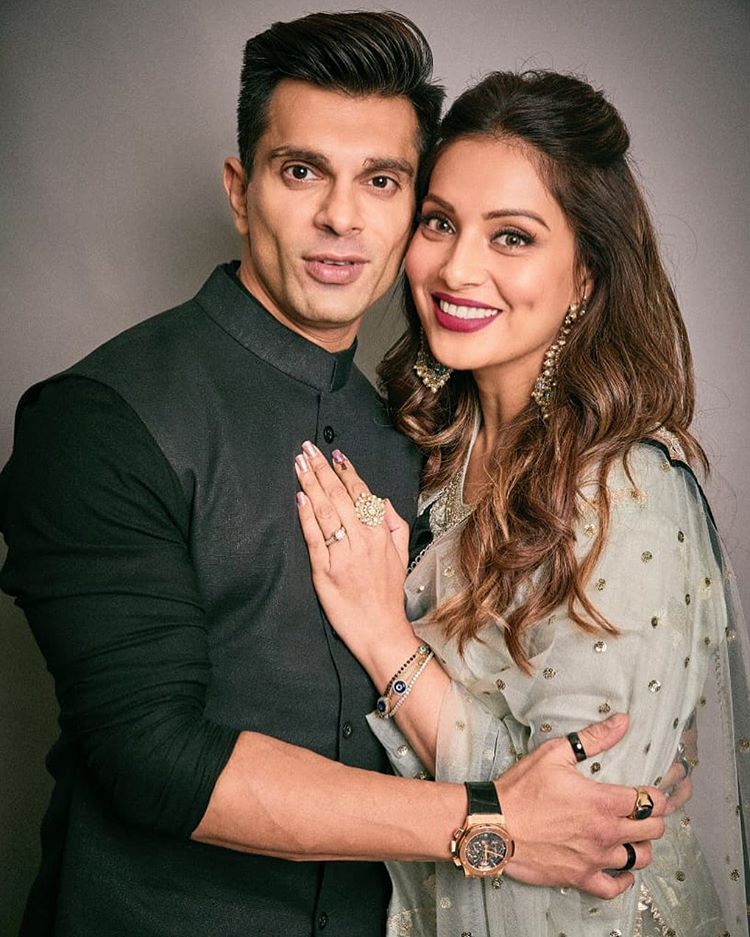 Bipasha Basu Singh Grover and her hubby, Karan Singh Grover were spotted at producer, Ramesh Taurani’s Diwali bash last night and had looked resplendent in their traditional avatars (as you can already see above). The Race actress looked beautiful in a pastel green lehenga, which she teamed with heavy earrings and a half-bun, while her man, Karan, looked dapper in all black. As the couple made their entry at the party and posed for shutterbugs, Bipasha placed the dupatta in a way that covered her body. It also might be a possibility that her lehenga was a little heavy that made it look like a slight bump on her belly but it surely gave her fans an impetus to speculate that their favourite jodi might soon be embracing parenthood. Take a look at their picture and the comments that followed thereafter: 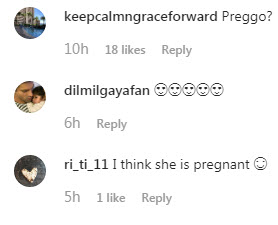 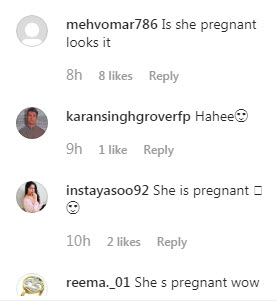 As filmy as it gets, Bipasha Basu Singh Grover was dating her co-star, John Abraham for over 9 years before they parted ways in a bitter breakup. While John then went to marry, Priya, Bipasha found love during the filming of horror-thriller, Alone. They met, acted, fell in love and soon after, got married. The couple recently celebrated the successful completion of their 3-year-old anniversary and have been enjoying their happily ever after, since then. And now, all their fans are looking forward to the next ‘big update’ in their life and hence, the speculations. Rumours of Bipasha Basu’s pregnancy started doing rounds when the duo was clicked at a hospital sometime back. Her hubby, Karan Singh Grover had shared with the media, “I don't react to it anymore because if she is pregnant, then I would be the first person to know. But I think, what is happening these days is that everyone is running on speculations ke ab kya hai they love each other then it's been so much time together. How much can you say about that?” (Also Read: Amitabh Bachchan Reveals The Name By Which He Has Saved Wife, Jaya Bachchan's Number On His Phone) When Bipasha Basu was asked about when she wants to have a baby, she had shared with the Hindustan Times, “We love babies. But both of us need more alone time together because once the baby arrives, it’s always only baby time. That’s the way we both think”. She had further gone on to add, “My mom is very keen to have a granddaughter soon”. 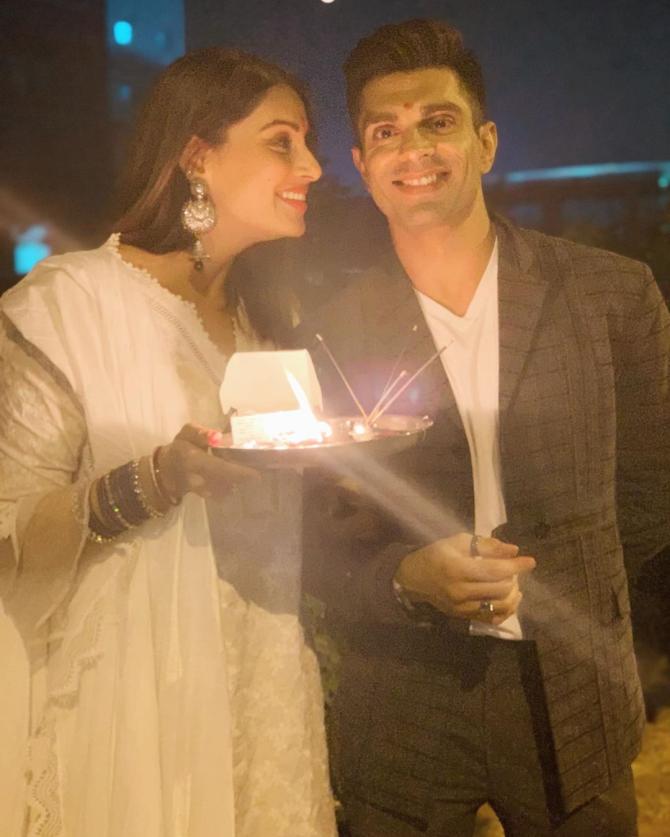 In spite of repeated clarifications, rumours of her pregnancy didn’t seem to cease soon after their wedding. It was then that Bipasha Basu had taken to Twitter and had clarified all such misconceptions. Her tweet could be read as, “The curiosity about me being pregnant is sweet and a tad annoying. I am sorry to disappoint the people who are so eager for this to happen. We are not planning to have a baby right now. When we do plan, it will be joyous news which we will share with our well-wishers then. The constant guessing game is tiring. As I'm more than straightforward person, so please do not believe anything that gets written.” (Must Read: Shahid Kapoor Gives Relationship Advice To Brother, Ishaan Khatter And His Rumoured GF, Janhvi) 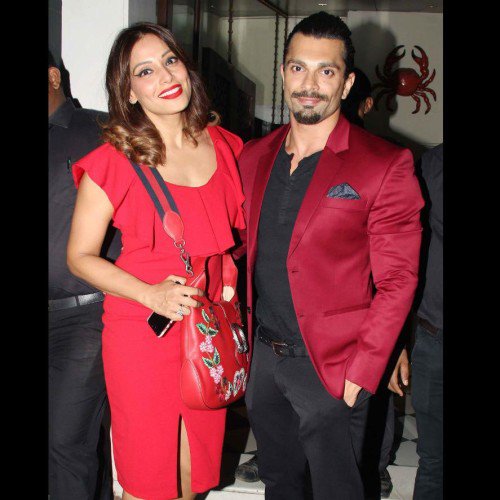 Guys, if we at all believe in the ‘pictures do not lie’ concept, do you really think that Bipasha and Karan might be expecting their first child? Let’s hope they confirm (*wink wink*)!