So, the biggest celebration inside mega controversial show Bigg Boss just got over and some dramatic and some ridiculous rumours have already taken over the internet.

When we say the biggest event in Bigg Boss house, we mean ex-Bigg Boss contestant and popular Bhojpuri actress Monalisa’s wedding with her longtime partner Vikrant Singh Rajput, which took place on January 18, 2017.

Recommended Read: Comedian Bharti Singh Opens Up About Her Engagement With Haarsh Limbachiyaa

The craziest gossip we heard about Monalisa’s wedding was that Mona was paid a whopping sum of 50 Lacs to get married inside the house. Honestly, we have no idea where that came from but this particular news did spread like wildfire because it was published in a leading daily.

Must See: 7 Things That Cross A Jethani's Mind When Her Devrani Is About To Come Into The House

Now, the other rumour that we heard about the wedding is simply sad. It was reported that Monalisa’s wedding to Vikrant was a fake one and the reason why Mona and Vikrant played along was the outrageous amount of money they ‘supposedly’ received.

That’s the worst thing one can hear about their own wedding, right? If this wasn’t torturing for the lady, there was another crude comment made by none other than beloved filmmaker and actor, Karan Johar (but no one knows if this is true or not).

You may like: Kavita Kaushik Getting Married To Her Boyfriend Ronnit Biswas In An Unbelievable Place

Apparently, when Karan Johar was invited to Bigg Boss, he commented on Monalisa and Vikrant’s wedding. He is believed to have said that he will sign a film deal with Monalisa, and even that would last longer than her marriage.

Naturally, when all these rumours reached Monalisa, who is now evicted from the house, got her very upset. Disturbed and deeply hurt, Monalisa decided to speak for herself and Vikrant and the truth about their wedding.

While speaking to a leading daily, Monalisa said:

“It’s painful to see that people still think that our marriage is fake. It isn’t. For any girl, marriage is a big thing. We were planning to get married, but things were just not falling in place.”

About the alleged comment made by filmmaker, Karan Johar, she said:

“I don’t know when he said this. I can’t comment unless I watch the episode. But he did congratulate me on my new journey. Salman Khan also said so many nice things to me. I am thankful to Bigg Boss for everything.”

This clearly shows how disappointed Monalisa is feeling right now. But don’t worry Mona; you have just embarked on a beautiful journey with your best man, and that’s all that matters.

Next Read: 7 Real Life Bollywood Couples Who Refuse To Accept Their Relationship Publicly 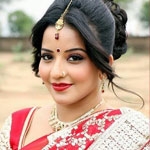 Never miss a story on Monalisa 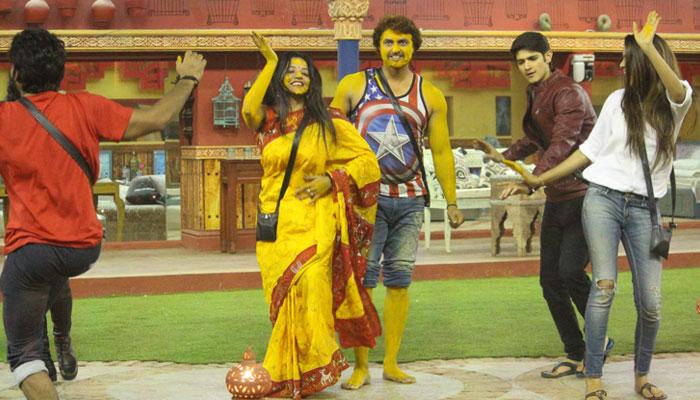 The celebrations of the most-anticipated wedding at the moment which is going to be aired on national TV have kickstarted and we are here with all the updates and photos for our lovely readers.  This will be the second wedding that will be taking place inside the Bigg Boss house. The first

Never miss a story on Monalisa