'Bigg Boss 14' contestant, Rakhi Sawant revealed some shocking details about her husband, Ritesh and their marriage, labelling it as 'jhol'. Find out!

It is an incredibly difficult task to be in headlines for your every action and reaction, however, there's one celebrity, who has mastered the art of sensationalism. Yes! We are talking about the so-called queen of controversies, Rakhi Sawant. The actress always finds a way to be in the headlines one way or the other. She is currently inside the Bigg Boss 14's house as a challenger and is giving an extremely tough competition to all the contestants on the show. For the uninitiated, Rakhi had admitted being married to a UK-based businessman earlier. (Recommended Read: Kareena Kapoor To Deliver Baby Anytime Soon, Karisma, Babita Kapoor, Ibrahim Ali Khan Visit Her)

For the uninitiated, Rakhi Sawant has not revealed her husband, Ritesh's identity even to this very day and all her fans are anxiously waiting to see him. However, the actress revealed some shocking details about her marriage with Ritesh and also tore her husband's letter, which she had received during her stay inside the Bigg Boss 14's house. Scroll down to know it all! 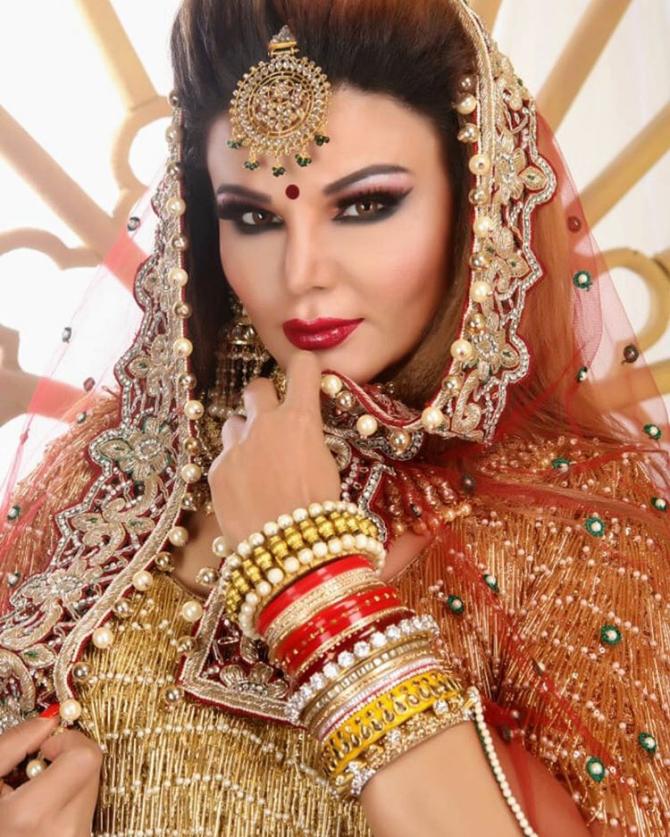 In the latest episode of Bigg Boss 14, all the contestants were told to sacrifice something they love a lot if they want to survive on the show. When it came to Rakhi, she was told to tear her husband, Ritesh's handwritten letter in pieces and throw it in the dustbin. After hearing the task, the Main Hoon Na actress got emotional and revealed some shocking details about her marriage with Ritesh. Rakhi revealed that she loves her husband a lot, but she hasn't met Ritesh for the last 2 years. She said, "I love my husband, and I got married with all my heart. I will be hurt after destroying it. But I also feel that what kind of a relationship I am in when I haven't met my husband for the last 2 years." (Don't Miss: 'Yeh Hai Mohabbatein' Fame Shireen Mirza Shares Her Proposal Story, Talks About Getting Married Soon)

The revelation shocked all the contestants, and everyone looked surprised to hear something like this about Rakhi Sawant's marital life. After which, Rakhi also added that she thinks she has all the right to think about her own life because her husband didn't help her financially or emotionally. She added, "I feel I have all the right to think about myself. If my husband would have helped me financially, then I would not have come to Bigg Boss, tried again for my comeback or would have been eager to earn money. But he did not help me, he did not pay my loans. I am still paying for money, he is only helping with insurance." At the end of her revelation, Rakhi Sawant also stated that she never got any sort of love from her husband, Ritesh since their marriage and their relationship is not like of Rubina Dilaik and Abhinav Shukla or any other married couple in the world. A frustrated and teary-eyed Rakhi also called her marriage with Ritesh nothing less than a jhol (scam). The actress disclosed the most shocking detail about her marriage at the end of her statement. Rakhi revealed that her husband informed her about his first marriage and a kid after their wedding. That is why she doesn't have any feelings for Ritesh and tore his letter in pieces, saying that Bigg Boss is more important to her than her husband. She said, "Whatever I revealed on this show, had I known that earlier, maybe I would not have married him.I cannot destroy a woman and a child’s life for myself. I do not need this letter. He has never given me anything that wives get. A wife’s rights do not end with getting jewels." (Also Read: Taanvi Thakker Ties The Knot With Aditya S Kkapadia Wearing A Saree With Their Picture Painted On It) What are your thoughts about Rakhi's recent revelations? Let us know!