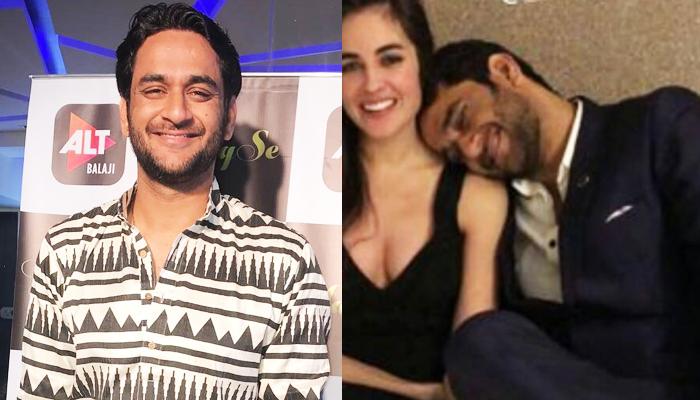 Bigg Boss 11 has undoubtedly been the most controversial seasons of the reality show. And one of its contestants and show’s second runner-up, Vikas Gupta has been in the news quite a lot recently. Vikas has allegedly been rumoured to be dating the so-called ‘mystery girl’. Yes, a girl unknown to his fans started making rounds recently when a video of Vikas Gupta kissing her on cheeks and resting on her shoulders surfaced online and went viral.

As the rumours and conjectures started doing rounds, Vikas has now come out in the open and clarified the things. He took to his Twitter handle and cleared the air by tweeting, “Kindly check before making anything into news nd the beautiful girl is married and very happily settled.” It now seems that all the speculations will finally come to rest. As per reports, the girl in the video is a scriptwriter and model named, Saran Anjuli. Allegedly, Vikas and Sarah attended an award show and went to a party later. That’s where the video was shot by Vikas’ in-house mate of Bigg Boss 11 and a dear friend, Priyank Sharma. Check out the video here:

This is not the only rumour which has made his fans keep guessing. Earlier, there was a rumour that Vikas might marry the show’s winner, Shilpa Shinde. But when SpotboyE approached the two, both of them tossed the rumours in the air by giving direct and honest statements. Vikas said, “Do you really believe that I will marry Shilpa or vice-versa? I have no plans to marry her. This gossip is absolutely preposterous.”

On the other hand, Shilpa was quoted as saying, “Kuch bhi! Good that you called me and I hope that this puts wagging tongues to rest that Vikas and I are going to marry is the biggest joke of the year. Some stupid people are spreading this rumour, obviously, they have no work. It was also being said that we are in a relationship which is also not true. As I told you the other day, I want to stay away from men and have no plans of entering into matrimony for quite some time. Please let me have a life. My life has become a joke after Bigg Boss 11. Every now and then I’m hounded about my whereabouts and plans – and it pains to see that people are just making wild guesses at my expense.” 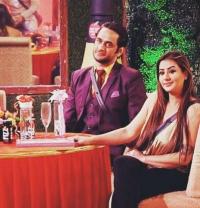 She further added, “Look, I am not saying that I will never get married. I don't know what the future holds for me. But let me tell you one thing emphatically: I am not even thinking of getting married. Mujhe single baghut achcha lag raha hai. I have so much freedom.” She also added, “My present mentality simply says that marriage is a big thing and it needs a big decision. Partner ke saath ek compatibility honi chahiye, aur hum logon ke life style ko nazar mein rakhte huye, woh hona bahut difficult hai. That's that.”

Coming back to Vikas, he was the most loved and interesting contestant on the show. For his wit and strategies, he was coined the ‘mastermind.’ At a recent media interaction, when he was asked if he watched the season after he came out of the house, he said, “Main episodes nahi dekh raha hoon bilkul bhi because I want to stay away completely. I want to get back to normal life. Normal life mein aana bahot zaroori hai. Baaki reality aur inn se difference kar sake. So what I am trying to do is immediately I have gotten back to work.”

Be it professional or personal life, Vikas clearly is making it to the headlines a lot. But we do hope that the mastermind gets married soon.

Next Read: Deepika Is Touched By Ex-Boyfriend Ranbir's Parents, Rishi-Neetu's Gesture And This Is What She Said